Out to Lunch: a new way to engage students and faculty 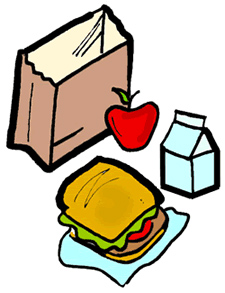 The Out to Lunch program was borrowed from the University of South Carolina, which is one of few universities to implement the program. Laurier is the only university in Canada to begin this initiative and now, Trent University has shown interest in implementing it into its system.

Jessi Calberry, the Director for Student Life & Engagement and creator of Out to Lunch at Laurier Brantford, decided to test out the program. After speaking with LEAF students and first years who felt intimidated by their professors, Calberryran a trial run of the program from November to December 2014, which ended due to lack of funding. Calberry described the response as ‘overwhelming’ and ‘receptive.’ There were 23 scheduled appointments with up to two students for every outing with the professor. Calberry is hoping to have the project up and running within the next few weeks.

Out to Lunch is a four step process in which the end goal is to “encourage students to get to know their professors outside of class,” said Calberry.

The program began when students invite a professor to coffee/breakfast/lunch/dinner via email, telephone or in person, after class. Secondly, the student emailed the request form to Jessi Calberry, who then arranged a time to pick up the Out to Lunch OneCard and a date for the meal. The student and professor would then decide on a place to eat. The options included all restaurants on the Brantford convenience plan such as; Golden Grounds, Subway, Williams and Sunset Grill. Once all was confirmed, the student and professor would get the opportunity to have conversations on topics such as career plans and class assignments. Upon returning the OneCard back to Calberry, the program would conclude with an evaluation completed by both student and professor. This would allow Calberry to see that both parties were getting something out of the program, and that they were learning from each other.

Cinthya Fernandes, a student participant in the program, gave her thoughts on the experience, “Well, I thought it was a great program both for students and for professors. Although there are office hours, it feels like there is less pressure, and I love it that you can talk about anything with them from the course work to more personal things.” Fernandes continued and said “I think it went spectacularly well, because I got to know my professor better and received some insight into my chosen career path.” Success stories like these were what Calberry hoped students would get out of the program. A personal relationship with their professors rather than an intimidating one.

If students, staff or faculty have any questions please contact: jcalberry@wlu.ca