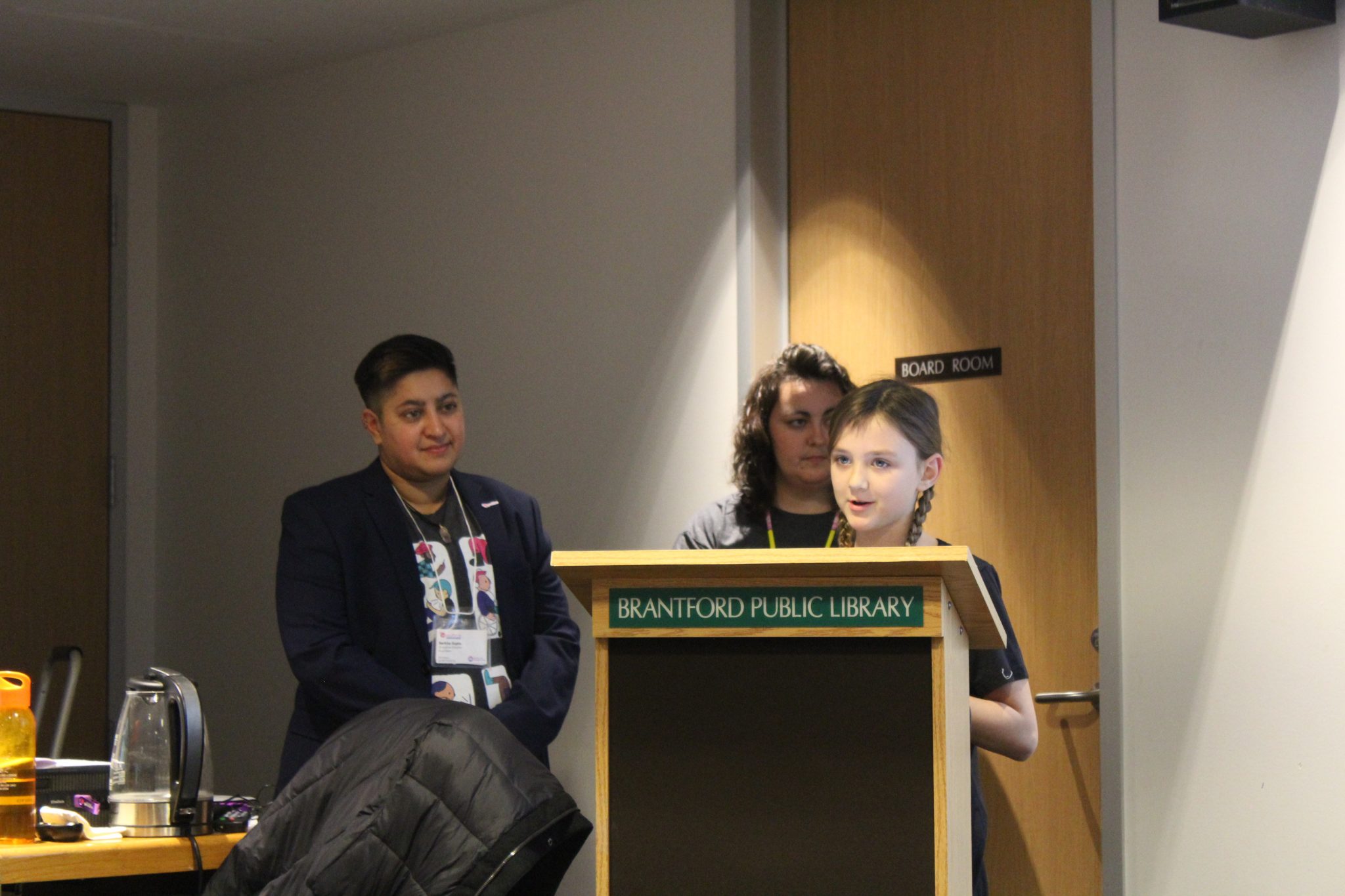 Brantford public library holds LGBT YouthLine, an event aimed to bring out stories and struggles of LGBTQ+ youth in the community.

The event that is a part of the  provincial youth ambassador project hoped to hold healthy, supportive discussions on how to improve conditions and address the needs of these youth across Ontario.

There were a number of people at the event, and it became noticeable that despite the project being small and relatively new, there was plenty of support in Brantford.

The evening started out with the many volunteers welcoming professionals, youth, and allies alike into the library and preparing for the dinner which would occur later.

There was an amazing support and overall positive environment, with many noting that the discussions held were informative and sensitive about how to approach the youth and their families.

“The information they got from the they’ve done was very intriguing about how the youth is experiencing their identity in today,” said Sara Sheikh.

The event was mainly aimed at the community leaders and professionals who are involved with youth, as it taught them how to approach kids with these subjects.

The event was fuelled by helpful discussion and questions from the community in how to engage in these issues, and how to help the youth as they develop and come to a better understanding of who they truly are.

The information they got from the they’ve done was very intriguing about how the youth is experiencing their identity in today. —Sara Sheikh, an attendee at the LGBT Youthline event

The event coordinators and organizers, LGBT YouthLine, were very kind and brought young volunteers to tell their touching and close-to-home stories about their upbringing and the support they either had or wish they had from their families, education system, and community.

The stories took a personal turn and were sometimes blunt, as needed, to have a bigger impact on the audience. Analyzing these experiences and how to proceed encouraged those who attended to mind their actions and speak to youth in a constructive manner.

The YouthLine conducted an interesting survey among the youth of Ontario in 2019. The results revealed and were explained as the audience learned further what this means as a community. Ways to support the mental health of young LGBTQ+ were explored and the ways to fight against homophobia were brought up.

The social, physical, mental, creative, spiritual, and other needs a young person within that minority were discussed and how they tend to be neglected due to either inaction, stigma, or lack of knowledge of how to approach that person.

YouthLine aims to help the young people with that, providing donations and activities as well as active support for those struggling to find who they are and accepting themselves.

The organizers made sure to use the best language possible to approach the community and the youth, and acknowledged that the language used still does not encompass the rich diversity that may fall under these umbrellas.

There was a  transformative effect on the audience that attended, and many were thankful for the experience and the chance to have these discussions in how to move forward as a community that cares for all its youth.

The night ended with a free meal and further thoughtful discussions among presenters and audience alike, and plans for the future discussed and proposed.

Many proposed to help out and donate, and some interest in volunteering in the future was shown.

If you are looking for peer support as a member of the LGBTQ+ community, please visit the YouthLine website.