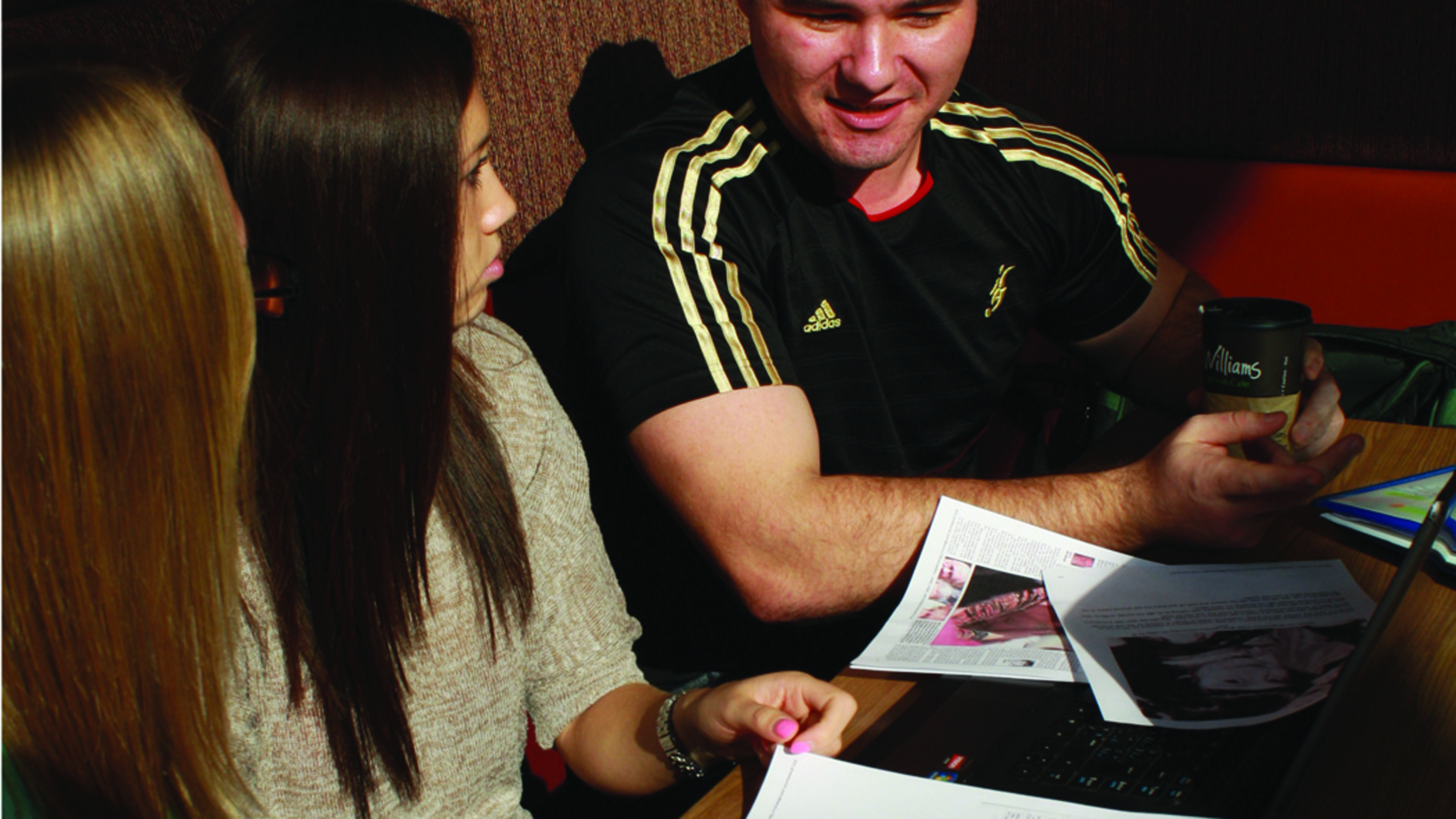 Katy Rozad, a fourth year criminology student, is the newest research assistant added to professor Michael Arntfield’s Western-based Cold Case Society. The Cold Case Society is a university club that Dr. Arntfield founded in 2010 that branched from a criminology course he created in 2009, which deals with investigating unsolved murders.

This year Rozad and her fellow volunteer student-investigators from Brantford will be assisting the Cold Case Society’s (CCS) current investigation on US convicted murderer, Jack McCullough. McCullough was convicted in September for the 1957 murder of a 7-year-old Illinois girl. Journalist Michael Tarm in an Associated Press article points out that the case is one of the longest-running cold cases to be finally solved in US history — with a 55-year-span between murder and conviction. McCullough was only a teenager at the time of the murder, and his strange and transient behaviour throughout his adult-life suggests he may have been an active serial killer for over a half-century.

For these reasons, Dr. Arntfield’s CCS is focussing its investigation on learning more about McCullough’s life and on researching cold cases with a similar M.O. (as well as being in proximity to McCullough’s whereabouts) that could be linked to the convicted murderer.

Rozad’s job as a research assistant for CCS is to gather information on McCullough and cold cases by looking for news articles, finding witnesses, and speaking to police, journalists and lawyers involved in cases. Currently Rozad is looking into McCullough’s past. “We’ve been looking into his daughter, who went missing in 2005, which is suspicious considering [his past]. There’s very little information on where she is, if she’s even alive,” says Rozad. “I also found out that his ex-wife said that he ran a photography business, but that he never really made any money with it. She always saw young girls being brought in to be photographed (whom McCullough described as prostitutes) so who knows what was happening.”

Rozad explains CCS as working much like a police station: “Arntfield says it’s like a chain-of-command in a police department. He’s like the chief, I’m under him and my volunteers are like the patrol officers … right now I’m waiting for a list of locations where McCullough lived from Western [CCS], so we can look further into cold cases in these areas.” There is a set protocol that has to be followed within CCS, and only Arntfield is allowed to speak to material witnesses or anyone directly related to the crime.

Arntfield, in his early 30s and a self-titled “profficer,” is the only working police officer (London Police) in North America to also work simultaneously as a professor and to hold a PhD. He explains the importance of his CCS in being a helpful aid to police departments that have very little resources for investigative work. “Large police departments have only two or three officers for an unsolved unit, many of the smaller departments have none.” Arntfield sees CCS as filling this void, where cases fall through the cracks from a lack of resources within departments.

Rozad is excited for the opportunity to put her criminology studies into practice within the university-sanctioned club: “When I had [Arntfield’s Police and Society] class last year, he mentioned his Cold Case Society and I found it fascinating. This is more like real life experience … it’s interesting to be under the guidance of someone who is actually out there doing police work.”

CCS has already had tremendous success in the past two years with other cases it has investigated. In 2010-11 CCS investigated the Capital City Killer case in Madison, Wisconsin

By finding the roommate of a past murder victim via Facebook, Arntfield and his group of student sleuths were able to contact a suspect who had unsuccessfully tried to date the victim. Recording the conversation they had with the suspect, they had an expert in polygraphing examine the recording and were able to conclude that the suspect was withholding information. Arntfield and CCS passed on these findings to the local police department and within weeks the suspect was arrested for the murder. The police acknowledged that CCS’s submission of new evidence led to the suspects arrest. “It was a cold case for years, and in less than two months after we handed them our research, he was arrested,” says Arntfield. The Globe and Mail subsequently did a front page story on CSS’s involvement in the case.

Last school year CCS had similar success by investigating the murders of the “Oakland County Child Killer,” finding a new lead that has led to a POI who may be the long-lost serial killer. “The CBC’s Adrienne Arsenault has done a two-part feature story — a camera crew followed us for 8 months — and it will be airing soon on the National,” says Arntfield. “I’m not supposed to discuss what research led to the breakthrough because [the CBC] doesn’t want the ending spoiled.”

Arntfield has not just gotten attention from journalists in the media. The profficer is currently in talks with networks about creating a crime-drama based off of his life, titled preliminarily as Tower. Take 5 Productions has hired a writer and if the show gets the go-ahead Arntfield will be a producer and co-writer. Networks have also shown interest in creating a reality show based on CCS.

In the future, Arntfield has plans to look at cases within Canada — up to now CCS’s focus has been on cases in the States because the journalism there is less restrained in its investigative tactics than in Canada (making research easier to gather). “I’ve been in talks with police involved in the Highway of Tears murders and may be getting [CCS] to investigate it at a later date … we’ll also be doing an investigation in a London case soon,” says Arntfield.

Arntfield has observed that “since the late 90s the inquiry into the Bernardo murders-sexual assaults between Toronto and the Niagara Region, multi-jurisidicational homicide investigations in Ontario — and later all of Canada have been required to use proprietary and police-specific software such as Powercase to manage affidavits and other documents, photos, and the workflow of various detectives working the same case in two regions,” said Arntfield.

Arntfield has just recently started using Google docs as a multi-jursidcitional database for CCS: “I’ve found that Google docs can approximate the same user experience and real-time but restricted open source format of these products but using a civilianized model. In some ways it is actually more user-friendly than the police version, and is a platform students are familiar with…” says Arntfield. “This software allows students at Western and Laurier who are separated by distance but are working on the same file to upload and share their findings — what are called ‘investigative action items’ — to a common, reconciled master file.

For more on the Cold Case Society and the ongoing trial go to profficer.ca