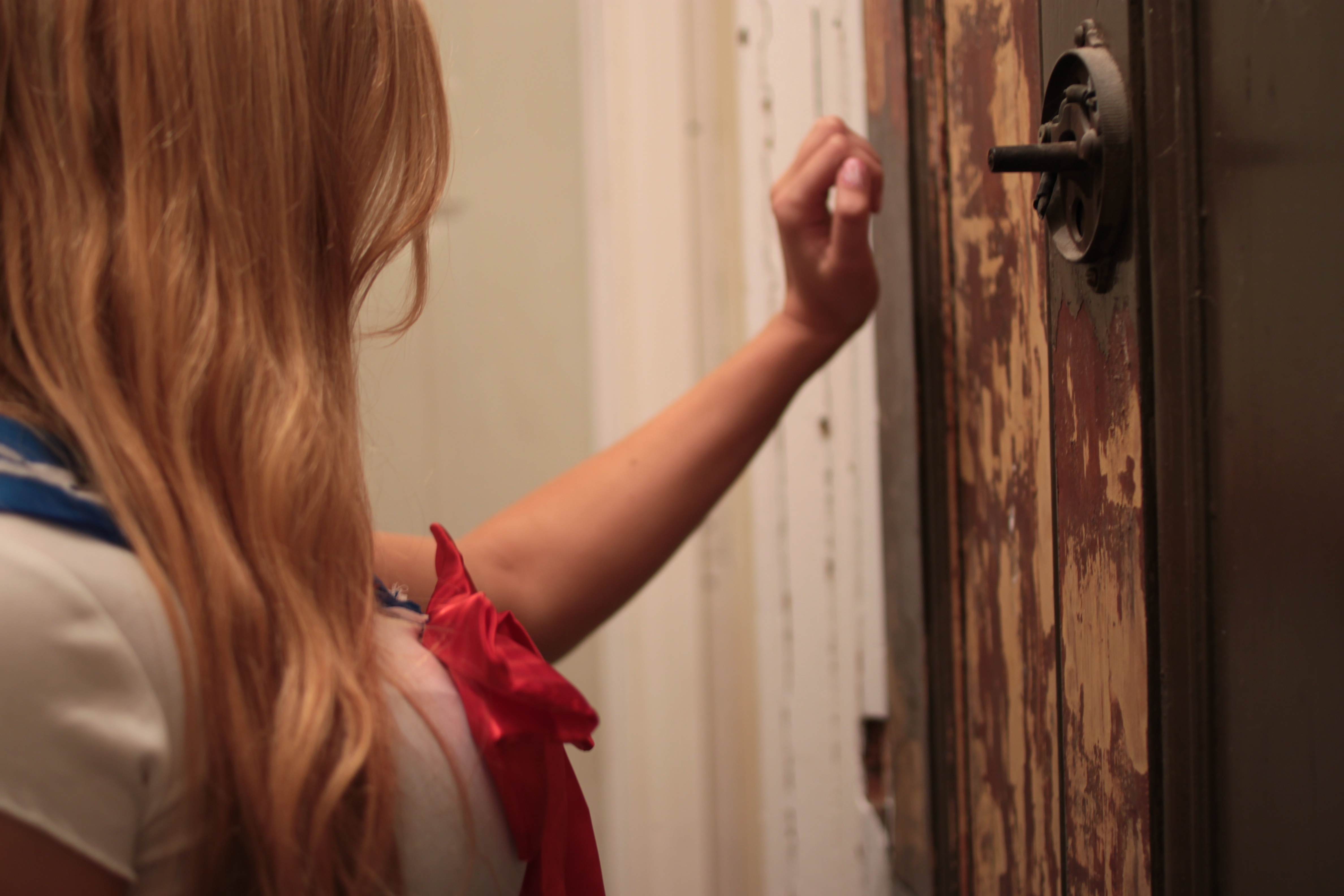 “In girl world, Halloween is the one night a year when a girl can dress like a total slut, and no other girls can say anything about it. The hard core girls just wear lingerie and some form of animal ears.”

Anyone who has ever been to a Halloween party knows that Cady from Mean Girls is not exaggerating. Women dress much more revealing on this holiday than any other day. Generally, many women are no longer interested in the classic witch or pirate costume unless fishnet tights, a bare mid-drift or a low-cut top are involved.

“[If I didn’t wear a sexual costume] I would feel out of place,” said 19-year-old student Christina Pelone. “Everyone expects girls to look a certain way on Halloween. Seeing girls dressed up scary and conservative would be a shock.”

Many Halloween costumes are bought at stores that sell lingerie and outfits meant for the bedroom, yet are casually worn in public on Halloween. Lilly Noel, owner of The Habit, a shop that sells clothing, sex toys, lingerie, bondage gear and other adult items, said that around Halloween she sells double the products as usual.

Noel said that about half of all of her costumes are revealing. Pointing to a purple and black silky number, Noel said, “This burlesque costume isn’t revealing. It’s actual clothing—a corset and a skirt but the skirt isn’t that short.”

Now to get to where the issue begins: the reasoning behind why women wear sexualized costumes.

While trying on the costumes, Noel’s customers always vocalize how looking sexy makes them feel confident. “Halloween is a reason to dress up and be feminine and attractive,” she said. Owning your sexuality is empowering and there is nothing wrong with identifying as a sexual being.

But we must delve one step further.

The thing that worries Dr. Godderis about this feminist empowerment is that we live in a world where women are not necessarily safe wearing scant clothing out and about.

“Even if she felt empowered at the moment when she put that costume on, when she walks out into a different context — a room full of males — it doesn’t matter how empowered she felt if those males don’t respect her body and her decision to say no,” she warned.

Our society allows men to be entitled to women’s bodies, and so they may touch them in a club or party scene even if the women show no sign of wanting to be touched. Due to music videos and other visuals from the media, men are taught to touch women whenever they desire.

Widespread internet use certainly fuels the hypersexualization of women. Everyone is hounded with provocative visual images in advertisements and videos as well as accessible pornography. Thus, as the sexual content in the media becomes more prevalent in our lives, Halloween becomes more sexualized in turn.

Laurier Brantford student Taylor Mihalick, 19, touches on how difficult it is to find a middle ground in what feminists call the virgin-whore dichotomy.

Choice is not as simple as the woman voluntarily putting the outfit on. Choice is when she chooses between several options presented to her.

Dr. Godderis asked the question, “How many viable options do we have when it comes to expressing femininity in our culture?” The answer is we do not have enough.

If we really want true choice, we should have the hypersexualized version of femininity as only one of many options. We need another version of femininity that does not have sexuality at its root but that is also very successful in the world. Women should feel valued for qualities such as intelligence or athletic prowess. However, today’s reality is that a woman could only successfully dress up as a scientist or athlete on Halloween if it was sexualized.

There is a plethora of elements bundled up into that sex kitten costume hanging in the window of that sex shop—feminism and sexism amongst them.  But a woman should not have to consider such elements; she should be able to simply grab whichever costume she wants off the rack. Yet that simple choice of a bumblebee, Dracula, or cowgirl is not as simple as it seems.