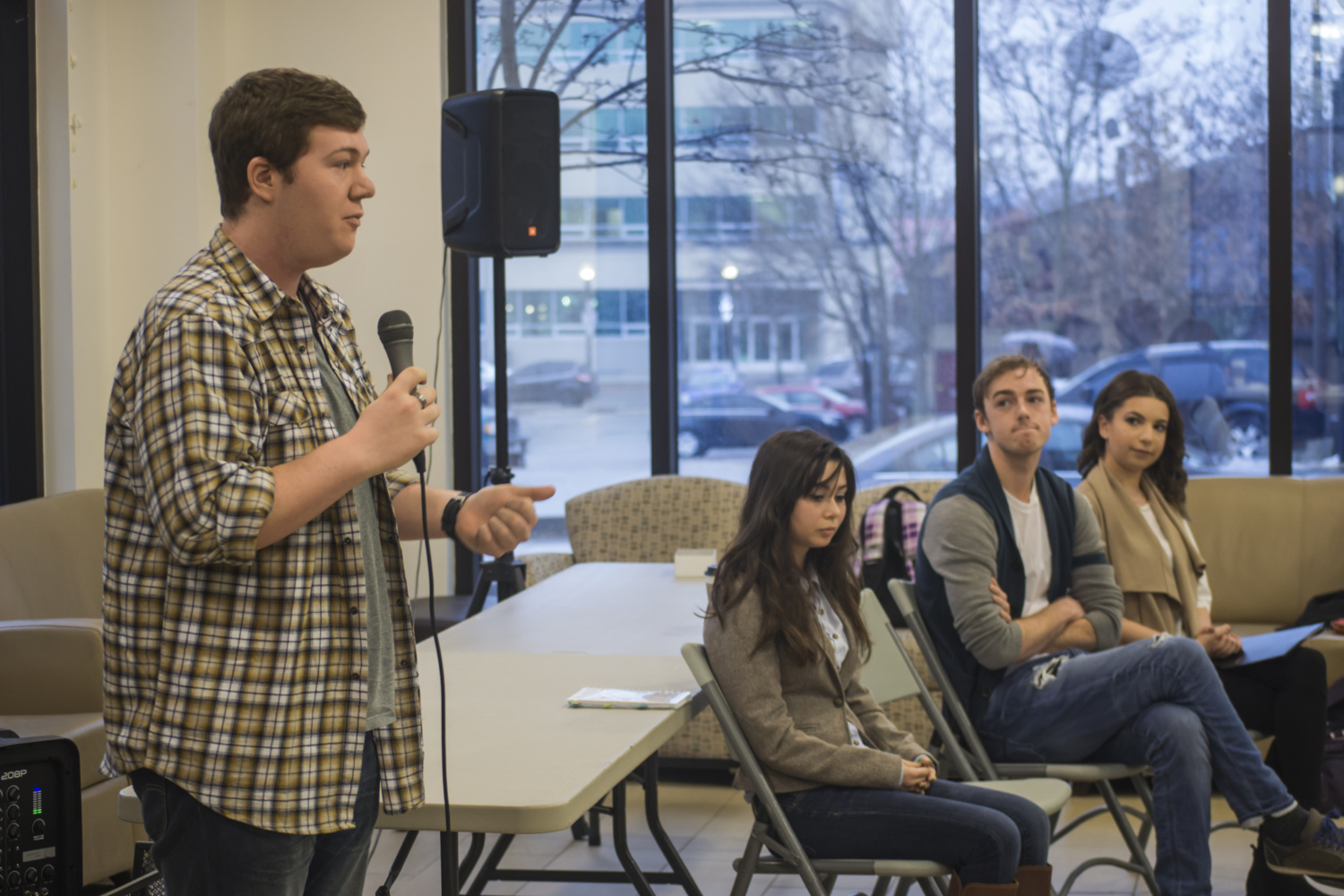 The 2017 Wilfrid Laurier University Student Publications (WLUSP) elections are well under way with a public forum that took place on the Brantford Campus on Jan. 12.

The forum started at 10 a.m. with two candidates running for the position of president and publisher and four candidates contending for a seat on the board of directors.

Matthew Burley, a fourth-year journalism student and the Arts and Culture editor for The Sputnik, is running for president and publisher. He spoke openly at the forum and during the question and answer period regarding the communication and relationship between the two campuses.

“As you all know I am a Brantford student, so Brantford has a close place in my heart, but if I am elected as WLUSP President, I will spend my time at both campuses. I will travel to the Waterloo campus and spend office hours there. For the Brantford publications I would like to see an improvement in communication skills. In Waterloo I would say to continue bettering sources and stories,” said Burley.

Andreas Patsiaouros, who is also running for the presidential position, is a fourth-year communications studies major at the Waterloo campus and is also the online editor for The Cord. A part of his platform outlines the process to ensure success on both the Brantford and Waterloo campuses.

“I will try my best to pay attention to both campuses. For the Waterloo campus I would work more towards perfecting the system that they have. I would want to see more people being more creative and using better resources,” said Patsiaouros.

There are four candidates for the WLUSP board of directors with four potential spots for the position. Each candidate spoke at the forum.

“I would say that the communication between the two campuses is a very important mindset in the sense that yes, you are at a different campus, but we are one university. I think the most important thing is to just bond together. The idea is to just create an atmosphere where everyone is comfortable in engaging with the other side,” said Lisa Irimescu, a candidate for the board of directors position.

Bringing both the Waterloo and Brantford campuses together to have more unity between the publications departments was an ongoing discussion.

Alex Vialette is a second year digital media and journalism student and is WLUSP Brantford’s design manager. He also contributes to The Sputnik and Radio Laurier. Vialette decided to keep his run for a position on the board of directors.

“The Cord and The Sputnik have had a mutual workshop… I think there needs to be more workshops mixed with any journalistic activities, and in general I find that there is not a whole lot [of] participation, at least between staff. We can work together to make it better for us,” said Vialette.

The third candidate is Noa Salamon, a communications major and member of Radio Laurier working in the news production team and as a public relations manager.

“I think that we would just connect at least once a week so people, candidates and students can see what we have been discussing and to just ensure there is transparency between the two campus’,” said Salamon.

The final candidate for the board of directors position is Ben Cooke, a third-year journalism student and the Video Editor for the Sputnik.

“As someone who is there at the workshops, [I can say that] it was great to meet everyone from both publications, but … we can create more communication [by] creating content together. I would love to see both campuses create content that would engage students,” said Cooke.