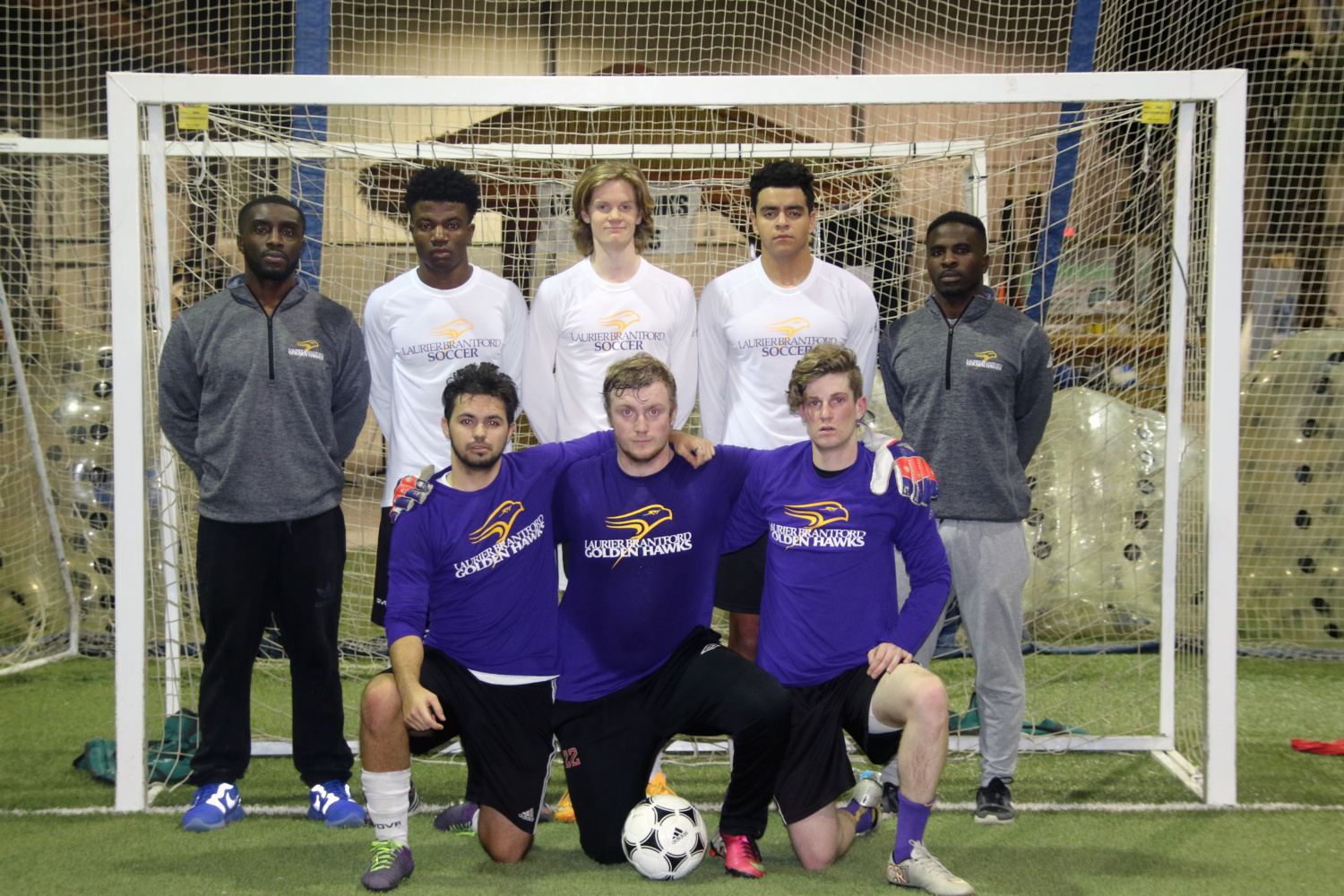 On Jan. 28 Laurier Brantford’s newest varsity team will begin their season with a tournament at Redeemer College.

The team of eight will be lead by captains Levi Furber and Tyler Bothelho, both sophomores. The team is brand new, which leads to some negative aspects.

“I think we have the smallest roster but we will still plan on giving a big fight,” said head coach Murphy Wiredu.

Wiredu is aware of the potential damage injuries could have on the team,“The team is lean so we can’t afford any injuries, should we have an injury it will hurt us in a big way because we don’t have enough guys coming off the bench to help us.”

Despite the small roster, Laurier enters the season with a plan to attack their opponents.

“We’ve worked hard in terms of fitness, everybody will be fit and we will make it challenging for any team we go against. Our goal is to frustrate teams and hopefully gain an advantage,” said Wiredu.

Being on a varsity team is about more than showing up for tournaments. The team has been practising three, and sometimes four times a week. Players have also been required to work out individually to reach peak fitness levels.

With the commitment to the team physically, Wiredu has also made sure the team focuses on the first part of the term student-athlete.

“Finding the balance (between academics and sports) is key, that’s one of the toughest parts for anybody. Especially when we get the full schedule with an outdoor program where you train and study everyday to keep up your grades, but it’s not impossible (to do both).”

The team will be playing in three tournaments this year. A trip to George Brown on Feb. 2 will provide a second chance for Laurier to test themselves before their final tournament of the season, which will be a trip back to Redeemer on Feb. 18. To qualify for the OCAA (Ontario Colleges Athletic Association) championship Laurier will need to finish in the top two out of five teams competing in the group “E” regionals on March 10, also at Redeemer.

In the upcoming years Wiredu is hoping to add an outdoor program for the fall semester. The next possible year for the team to be approved for inclusion in the OCAA would be the 2018/19 school year.