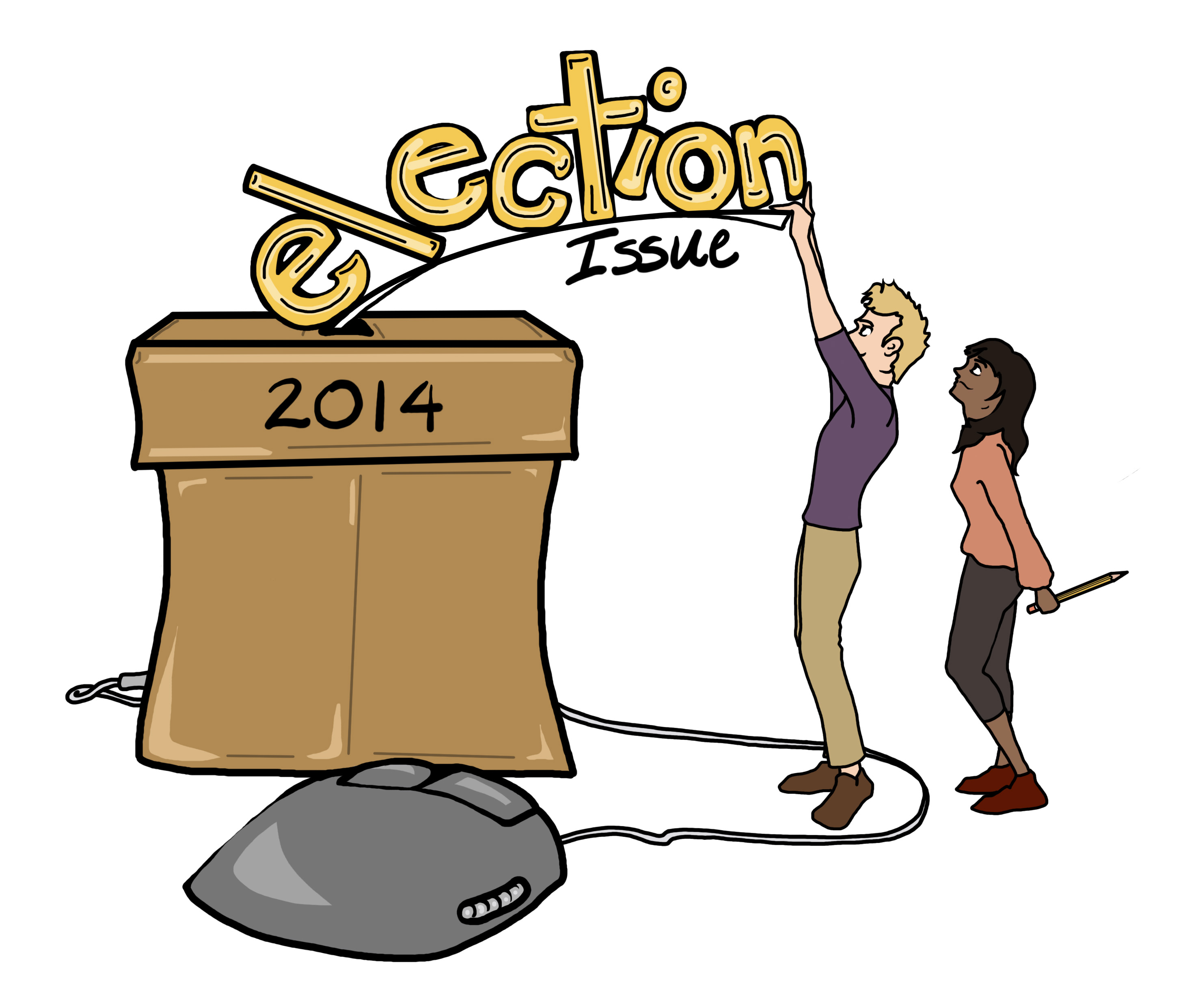 Only a few short days away from the election, the Wilfrid Laurier University Students’ Union (WLUSU) presidential candidates continue to campaign, hoping to lead the Students’Union in the 2014-2015 academic year. This is their chance to create their own vision of how the student environment should be. There are four potential presidents, Chandler Jolliffe, Sam Lambert, Justin Tabakian and Andres Melendez. Each one will look to implement their ideas and improve upon the current WLUSU system.“My goal as president of the Students’ Union is to essentially focus it on the needs of the students on a day-to-day life. Essentially our organisation is to provide services that the university can or can’t,” said presidential candidate, Chandler Jolliffe, a fourth year Political Science and Philosophy student. “I feel as if the Union has become more invested in its own interests and has drifted away from helping students on a day-to-day life.”

One of Chandler’s priorities is restructuring the Students’ Union budget. However, before addressing this, Jolliffe explained the necessity to create transparency, enabling his administration to look the numbers before making desired changes. The next step is to combine the currently divided budgets, one of which is for $610,000 for student services and the other $8.9 million in staff salaries, business operational costs and other budgetary expenses. As a result of the combining process, Jolliffe feels that funds can be shifted more easily around where necessary, instead of designating a set amount for each purpose.

“One of our biggest challenges currently is our financial deficit. There is not much we can do about our debt, other than continue to make payments, but we need to restructure the budget,” said Jolliffe.

Jolliffe also emphasised the need to reinstate services that were cut and stop cutting services.

As for the Brantford campus, Jolliffe feels that “the issues seem to revolve around space.” While the campus expands over the next few years, his goal is to connect better with students in Waterloo’s younger sibling community and to create more representation for its inevitable expansion.

Regarding safety issues that linger for students in the downtown that has had a reputation for being unsafe in the past, Jolliffe said, “Looking at our Foot Patrol programs, we need to ensure that our program has the resources to meet student needs.”

On the nature of his platform for election, the candidate campaigning in blue commented, “My platform was focused on very specific goals, where I’ve outlined my plan of action; not overarching, broad goals.”

Sporting the red cloak over his campaign, we find Sam Lambert, fourth year Business student at the Waterloo campus.

“My end goal is to get the Student Union back into the student focus. I want to make sure the average student is benefiting from the changes,” said Lambert of his intentions if elected.

An important part of Lambert’s platform revolves around creating more student engagement. He believes that, currently, 60 per cent of students are only somewhat engaged, while 20 per cent are very engaged and the remaining 20 are completely unengaged. This is something that is a necessity to Lambert, which he intends to address if elected and even before, while campaigning. He is also looking to ensure more communication with students if elected, with weekly video logs and social media posts, whether on Facebook or Twitter.

“I want to make sure more students are engaged in the Union,” he said.

Lambert discusses not being afraid to outright cut programs that generate little interest. He acknowledged that programs, even if only benefiting one student, are valuable, but in the grand scheme, if it is not drawing enough interest for their funding, some programs would have to be cut.

Lambert pointed specifically to Williams Fresh Cafe on the Brantford campus as a serious financial burden to the Union, something he is strongly considering making changes to if there isn’t fiscal improvement. He also acknowledged that the process of dealing with Williams would take more than a one-year presidency to accomplish.

For the campus south of Waterloo, Lambert would like to first find what the need are of the Brantford students, then “assimilate” the two cultures in Waterloo and Brantford together.

“It’s difficult to connect with students in Brantford, but I’m looking forward to engaging the students there,” said Lambert. “I value Brantford students just as much as I do Waterloo students.”

With students in Brantford frustrated over the lack of direct transportation between campuses, Lambert admitted that it could be a possibility for part-time shuttle bus going in-between, although stated that “financially, it doesn’t make any sense, although I can understand the desire for it.”

“I think I can do the best job at this school for representing the average students,” fourth-year Communications student, Justin Tabakian, stated. “The Union should operate from a well-rounded, holistic perspective to make sure even students whom aren’t engaged have their voice heard.”

Like Lambert, Tabakian is hoping to create more awareness by making himself more available to the student body. One way of doing this, according to Tabakian, would be to be present in high traffic areas to be accessible to students for inquiries. According to him, only 10 per cent are very engaged, while 80 per cent are somewhat and only 10 per cent are not at all engaged. Along with student-president interaction, Tabakian believes that transparency in both finance and general activity is essential. Financial documents would be provided either online or through request forms. That decision is yet to be made.

“I’ll be keeping them [students] up to date on what the union is working on through,” said Tabakian. He added, “I think it’s important that students know where their money is going.”

Tabakian is also endorsing fiscal responsibility, fully aware of the current deficit that the Student Union is running. If a program is not in enough demand, Tabakian believes that it should be reconsidered.

“We need to re-examine the services we’re providing, to see if they’re effective,” he stated. “If a program is not effective, then we can adapt it or, since we have bills to pay, discontinue funding it.”

As for programs currently in existence, Tabakian emphasised that the mental health initiatives are a “serious concern” and require further promotion. He is also endorsing a current bicycle program for the Waterloo campus.

Tabakian, like his fellow candidates, is hoping to become better connected with the Brantford community. If elected, Tabakian stated that he would dedicate an entire day to being present in Brantford, at least once every week. With any spare time, he could also come down, trying to be more available for students to voice their opinions.

For a Brantford-Waterloo shuttle bus service, Tabakian stated, “I like the idea of both campuses being interconnected, but we also need to be strategic with how we spend our money.”

In regards to the concerns over Williams’ financial burden, Tabakian is not ready to relocate or outright shut down Williams. Instead, improvement of the fiscal numbers could be made through more marketing and communication means.

Waterloo currently also has a Student Life Levy, a group that lobbies for Union funds to be provided for student projects, something the Brantford campus does not have.

“I’d like to add a Student Life Levy to Brantford for the long term,” said Tabakian.

The final candidate, Andres Melendez, was unavailable to be interviewed. According to his platform, Melendez is looking at creating a more diverse environment for the different types of students that will be occupying the campus, while also promoting more mental health awareness and advocating for more study spaces around campus.

Elections will be held online on February 5 and 6 for Brantford and Waterloo.