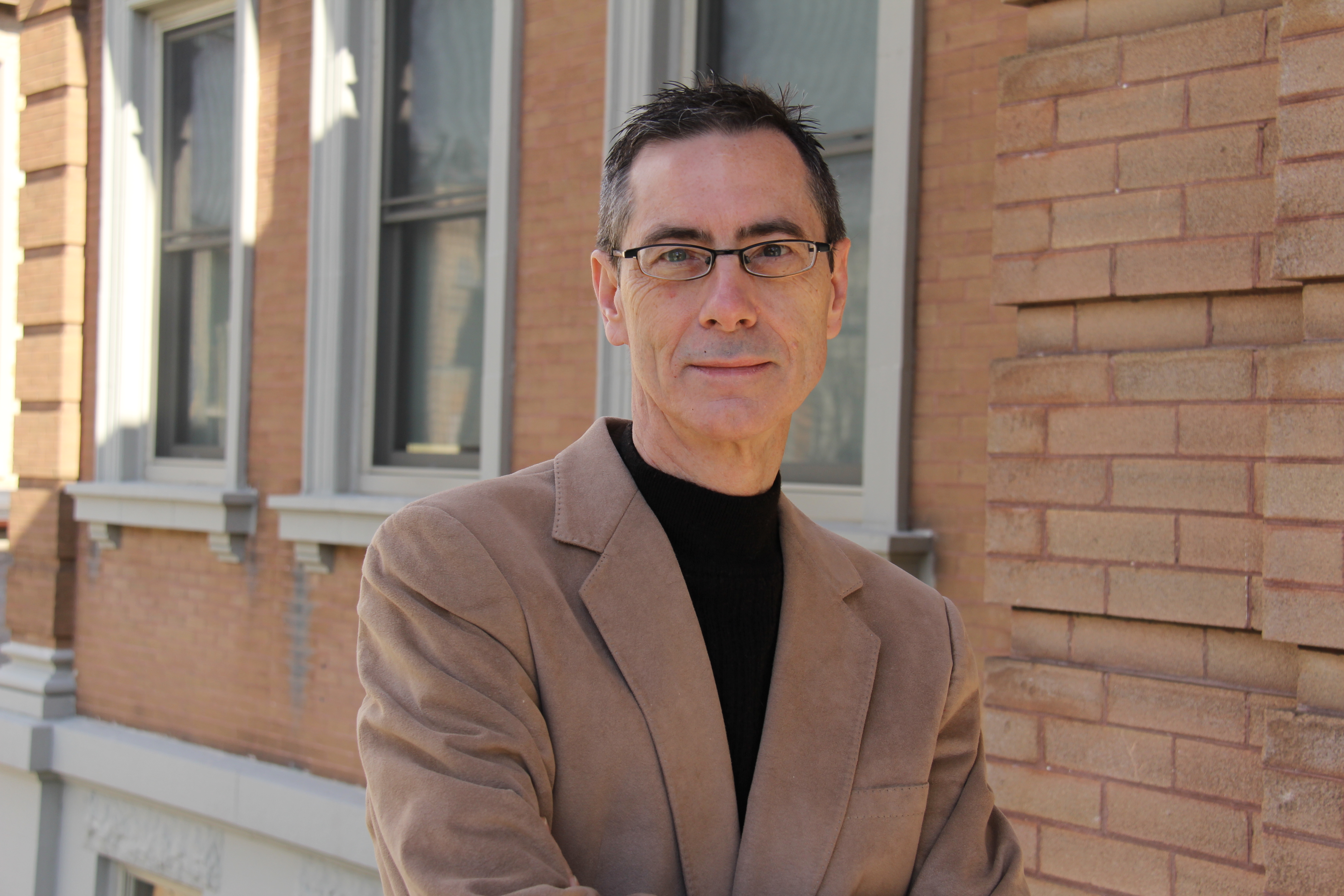 There is a certain charismatic charm that Rick Gamble exudes as a lecturer at Laurier Brantford. In his widely popular Contemporary Studies and Journalism course, Media in a Global World, I remember Professor Gamble, in his signature blazer, pacing the lecture hall as he kept the full-attention of the entire classroom (a feat not easily achieved in today’s lecture halls of computers and cellphones).

Unconventional in comparison with most professors, Gamble does not rely on textbooks and PowerPoint presentations to teach his students. Instead, Gamble opts for a more engaging style of lecturing, a style that involves him constantly opening his lectures up for discussion, giving examples from video footage, and expecting students to take thorough notes in class, as those are the only notes they will have for studying. Needless to say, Gamble’s classes are usually well-attended.

Although only having completed his BA, Gamble has successfully been able to bring his decades of experience in journalism to the classroom.

“If you are looking for something really academic then I’m not your guy. I’m really upfront about that with all of my courses, I try to stress that I’m not an academic but that I’m a reporter. That has a tendency to influence everything I do in the class room,” said Gamble.

Yet there is a lot more behind this well-known and amiable professor than just his unique teaching methods. Gamble first began lecturing at the Waterloo campus after being asked by a friend to be a guest lecturer.

“It was sort of serendipitous how I began teaching … [my friend] knew nothing about television and I was working at CTV at the time so she asked me to come in to teach a class,” said Gamble.

“At the end of the class she said ‘I think you belong in the classroom so I’m going to recommend you to the administration.'”

The following semester Gamble was offered a job teaching an intercession course and he has been with the university ever since, moving to the Laurier Brantford campus once it was founded in 1999.

Born and raised in Brantford, Gamble graduated from Carleton University in 1977 with a BA in English and Journalism. After graduating he pursued a career in journalism in his hometown of Brantford, working for the local paper, the Brantford Expositor, as well as freelance work that led him to a job with United Press Canada (a newswire service of the time). From there, Gamble “fell into television” landing a job with CTV.

“I had absolutely no intention in becoming a TV reporter, but the opportunity was there … and I ended up working there for 23 years,” said Gamble.

His specialties while working as a reporter at CTV were native affairs, human interest stories and politics.

One of the defining parts of Gamble’s career has been his work done in Africa. Right after the Rwandan genocide in 1994, Gamble was assigned a job in the region to cover how Canadians were helping with the rebuilding of the area. Visiting five countries in East Africa, he and his team looked at how outside aid to Rwanda was helping the country recover from the recent atrocities. During his time there, Gamble was moved profoundly.

“What happened quickly was that Africa really got under my skin … there’s something about the place that is so compelling and powerful that it keeps you coming back.”

Gamble has since been back to Africa several times to cover other stories throughout the continent, covering the Ugandan civil war in 2000 “long before anyone had heard of Kony 2012.”

He also returned in 2007 to look at the situation after the cease fire had been declared, covering stories ranging from the HIV/AIDS epidemic of the region, child soldiers being recruited and brutalized, and the lives of street children living in Kampala.

Continuing his love and activism for Africa, Gamble has recently joined the fellowship of the Tshepo Institute for the Study of Contemporary Africa, a Laurier Brantford group of scholars with interests and special expertise in Africa who have pooled their talents.

“We are now in the process of doing some work in the area of child labour and exploitation. The plan is to go to West Africa and to document what is happening with child labour. Part of my responsibility will most likely be to shoot documentary material to be used as a teaching tool,” said an excited Gamble.

“We’re just beginning the research now … but we want to find out what the reality is and whether the situation has been exaggerated in the West. We want to get a good handle on what is happening on the ground and what might be done to address the problems as they exist.”

Gamble and the institute will be looking into the cocoa industry, and fishing and domestic servitude in the Ghana, Ivory Coast and Senegal.