Excessive drinking: the exception to the stigma 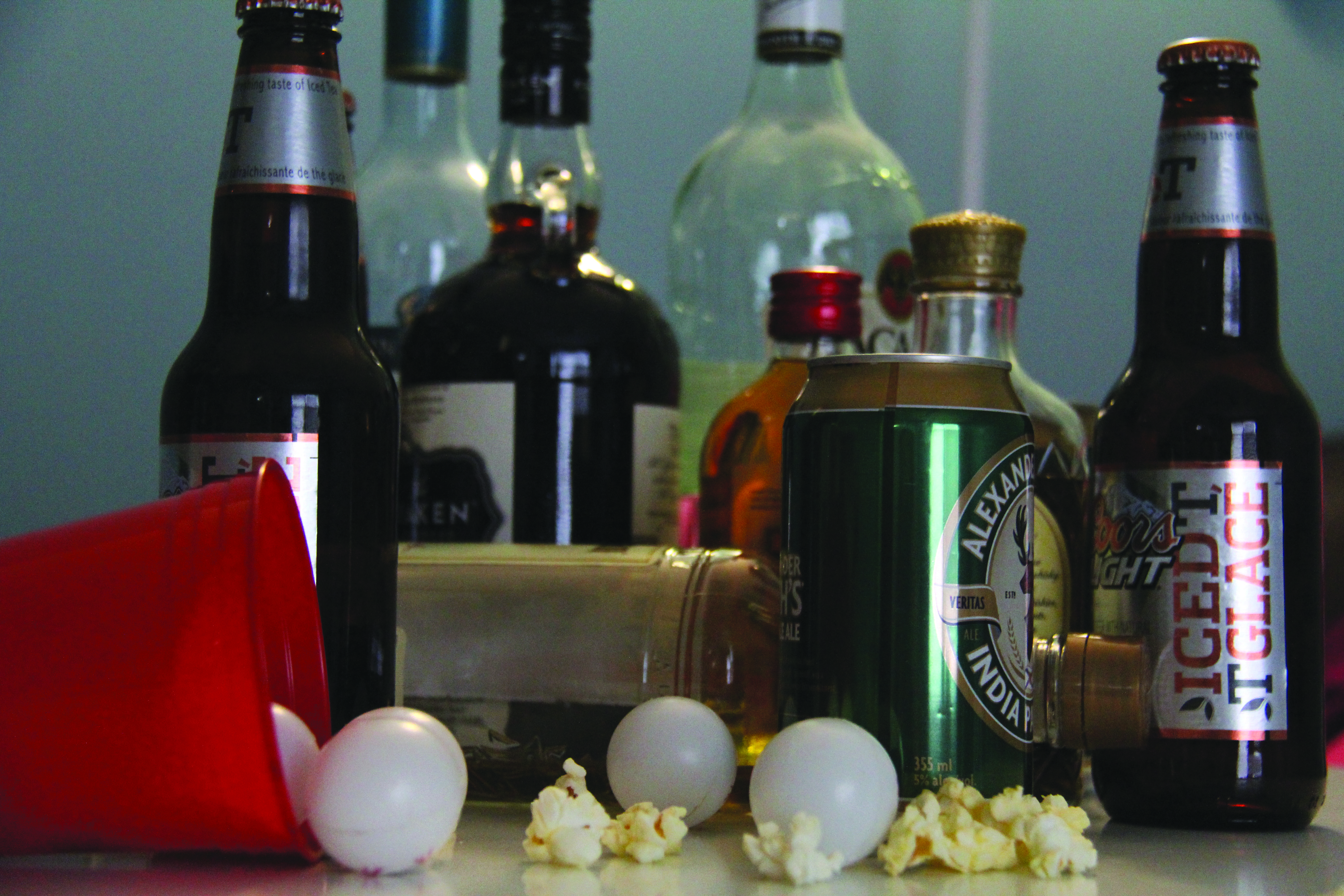 A university campus is a bubble floating through society.

In this tiny transparent space, we have our own food, dress code, language and social customs. Those who have ever seen the inside of this bubble would agree that excessive drinking is prevalent.  Those outside of our bubble frown upon the very same acts that are accepted here—getting “bombed” or “hammered” regularly.

According to a recent study by the London School of Economics, there is a strong correlation between education and alcohol consumption. Their extensive research determined that “the better-educated appear to be the ones who engage the most in problematic patterns of alcohol consumption.”

Though Laurier student Alissa Palmeri, 19, drinks about once a week, she believes many students on campus have drinking problems.

“If people are continuing to drink every day after their first year then they most definitely have a problem,” she said.

Palmeri added that drinking alcohol is so widely accepted on campus that it is more common to find someone who gets drunk a few times a week than someone who does not.

Laurier student Leah Durrer, 19, chooses not to drink at all.

“I don’t see any positives to drinking alcohol other than it being a social activity but I have social activities that do not cause problems—like sports,” she said.

The study by the LSE concluded that one of the main reasons drinking is more acceptable in university is due to “a greater social acceptability of alcohol use and abuse.”

“Heavy drinking can be a precursor to more serious diagnoses down the road,” said Laurier Brantford’s Dr. Jennifer Lavoie, Post-Doctoral Fellow from the Centre for Addiction and Mental Health.

Dr. Lavoie said that stigma is an enormous obstacle for people in society who evolve from being users to dependent. The stigma around alcoholism is often so extensive that condemnation spreads from the addict to the family as well.

“Society condemns family members who ‘enable’ or assist the individual in continuing with their addiction,” she said. However, this stigma does not exist in universities.

Palmeri said there is no shame in excessive drinking in university — in fact students promote it. She mentioned how it is very common for students to display their liquor bottles and beer bottles like trophies.

Francesca Borgonovi and Maria Huerta, the authors of the LSE study, suggested another reason as to why higher educated people drink more: Opportunity. The more opportunities people have, the more exposure they have to situations involving alcohol. So those who can afford university tuition probably come from middle-class homes where alcohol consumption is common.

Dr. Lavoie said the more prevalent drinking is, the more it is tolerated.

“University culture plays a large role in promoting social gatherings that are lubricated with alcohol,” she said.

People outside the university bubble must hide their excessive drinking if they do not want to be stigmatized. Dr. Lavoie said that even though university students binge drink (have more than 5 drinks in one sitting), they are not seen as dysfunctional.

People who drink excessively in university are not shamed like they would be if they were in another setting. But Durrer believes that when it comes down to it, university students and the rest of society should be seen equally: “A drinking problem is a drinking problem—regardless of who you are.”