A fantastic fear of failure 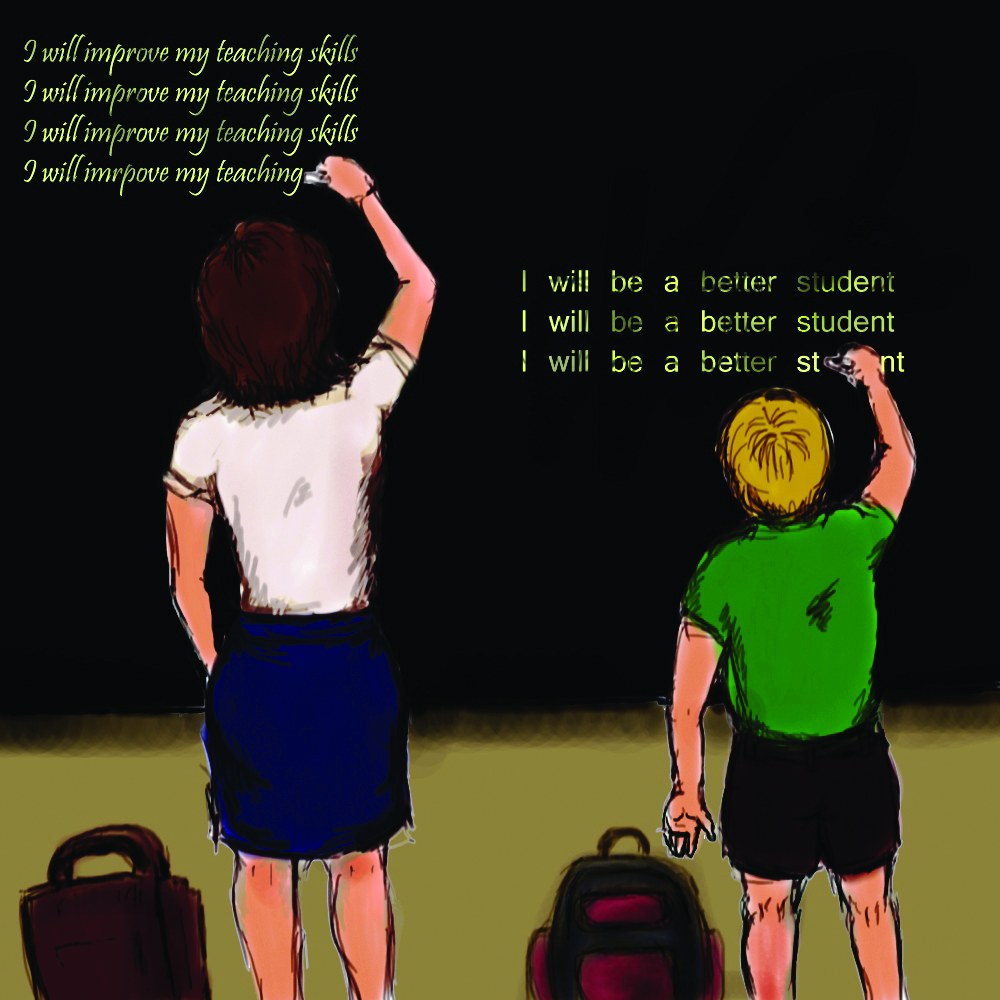 It is a scene with which most of us are familiar. An evaluation has not gone well and now the class has to figure out what to do about it. The solution, increasingly, has become to re-weight or re-evaluate.

That was the case on October 30, 2012, when a class of students received their midterm grades. EN 233 or, as it is better known, Shakespeare: Comedy and Romance, is a class unlike most. Dr. Shelley Beal, who has a Ph.D. in Book History and Print Culture, wants to make students learn differently.

“Memorization and regurgitation,” as Dr. Beal put it, are not effective models of education, especially in humanities courses. She says she is “all about equality among different skill levels.”

When it comes to midterms, said Dr. Beal, they are “to see where everybody’s at.” A first evaluation in any class is really a learning experience for both the students and the instructor.  It determines what the professor is expecting and establishes the skill level of the students.

That is where EN 233 faced some difficulties. Upon receiving the grades, the class found out that there were two distinct groups: those who did very well and those who did poorly. This is not an uncommon occurrence, though. According to Dr. Beal, most students are likely to find themselves doing very well or very poorly on the first evaluation.

Students Andrew Moczerad and Sarah Morgan are both in EN233 and on opposite sides of the spectrum. Whereas Moczerad said that he was unhappy with his grade, Morgan believes she got the marks she deserved. Their feelings about the outcomes of a discussion which was held in class are surprisingly similar, though.

In an attempt to help the class, Dr. Beal opened the floor to the students, asking how they felt about the test and the grades. The end result was that the midterm would be given less weight and a future evaluation would be weighted more heavily.

Both Moczerad and Morgan were pleased with the result.

“I’m glad that she changed the weights,” said Moczerad. “It shows she’s trying to help.”

Morgan, though she would not have opened the floor, said she understands why it happened.

Morgan is a Concurrent Education student looking to become a teacher. To her, the idea of a democratic classroom is an uncomfortable one.

To Morgan, “there’s a little bit of a loss of control” when instructors open up the floor. Andrew, however, is a fan of the idea. To him, the democratic classroom is fair and allows all the students to be part of the class.

The ability to re-weight and re-evaluate raises questions about the use of grades, though. As far as failure goes, both students along with Dr. Beal are opposed to the loathsome “F”. For Moczerad and Morgan, personal academic failure happens high above the 50 per cent mark. In fact, it’s closer to a C.

The result is a gap between grades earned and knowledge learned. The problem of reconciling the two becomes a challenge for both instructors and students, with no simple solution. A first evaluation, then, becomes an invaluable tool for finding the terms and conditions of the contract into which students and instructors will be locked.