Out in the Cold braves snow storm 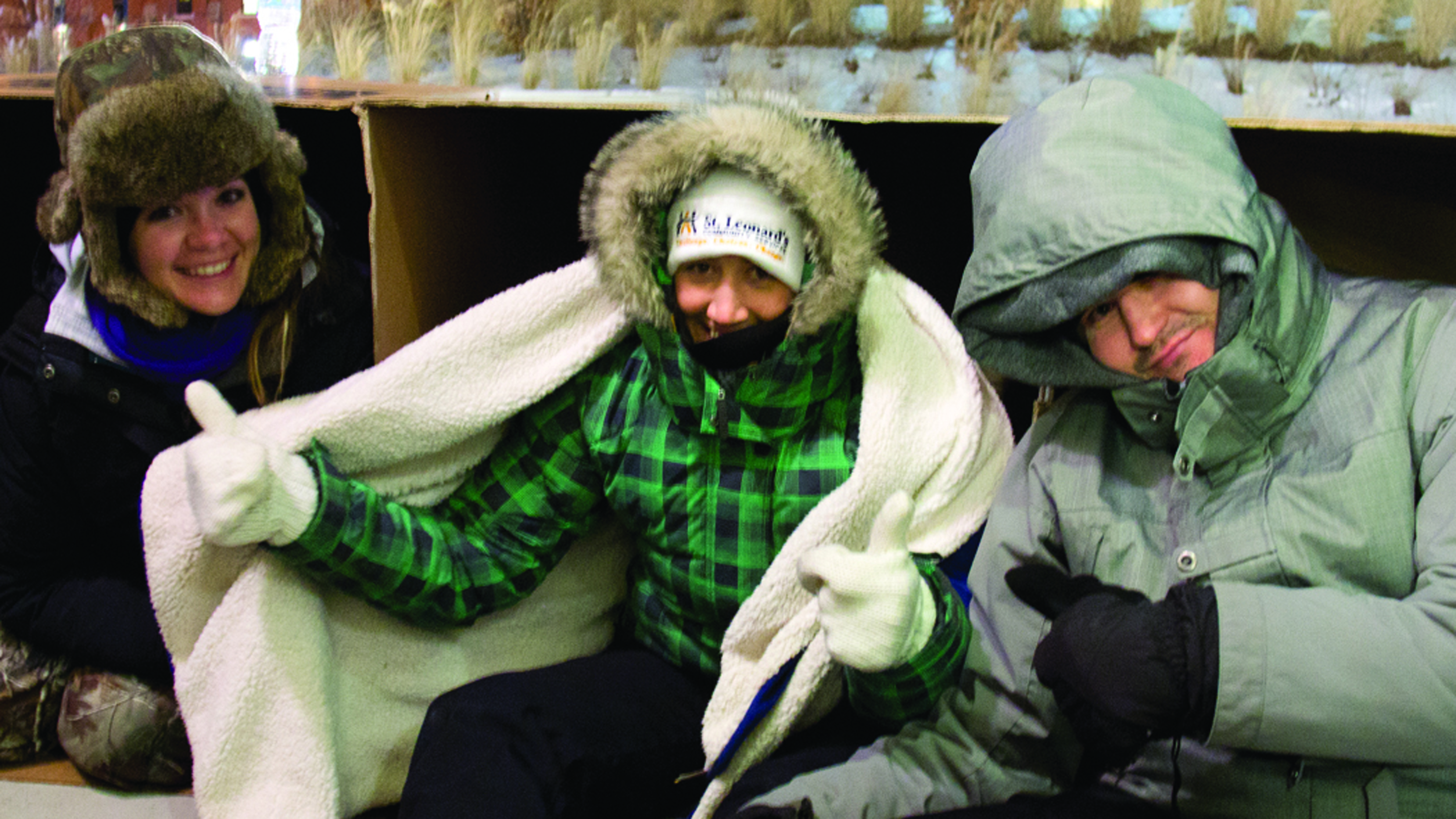 Laurier students and other community members slept outside last Thursday night as part of Youth Homelessness Week, snowstorm and all. The Out in the Cold sleep-out event aimed to increase awareness of youth homelessness in the community and to raise funds for St. Leonard’s Community Services. 22 people participated, including five students and two professors.

The group was huddled together in the corner of the courtyard, each with their own custom built cardboard shelter and little else. Each person had their own inspiration for spending the night outside and wanting to experience what those less fortunate go through. The forecast was already pretty glum with minus 17 degrees expected, but the snow storm really tested their will. The event had to pack up early due to the closure of campus on Friday.

Kevin Lyons, a second year Health Studies student said it was bittersweet and the extremely cold weather and snow made it unbearable at times.

“It was a humbling experience and really helped to put things in perspective,” said Lyons.

He said he was interested in finding out what it was like to spend a night on the streets. Lyons said that through talking with people from all different ways of life he was able to gain a new perspective on the issue.

“It was really enlightening to understand that this is a problem that people recognize and are trying to put an end to,” said Lyons.

Tamara Enzel, the president of the campus’ Social Justice Coalition helped put on the event. Ever since she read a book ten years ago about a girl on a mission trip, it opened her eyes to the fact that as she says, “One person can make a difference.”

Enzel has been interested in international human rights ever since. She said she was pleased with the turnout and really impressed by the fact that faculty participated. This was her first time participating after seeing other people doing it previous years, and wondering what it would be like.

The Social Justice Coalition is a campus club that has been active in raising money and supporting causes in numerous events, including a spaghetti dinner for the Salvation Army and a bake sale for the Because I Am a Girl campaign. Most recently, they had participated in International Development Day, with the proceeds also going to Because I Am a Girl.

Youth Homelessness Week is put on by St. Leonard’s and consists of different events aimed to make the community more aware of the homelessness issue in Brantford. Other events that took place were The March for Homelessness, a soup challenge and a pasta dinner fundraiser.