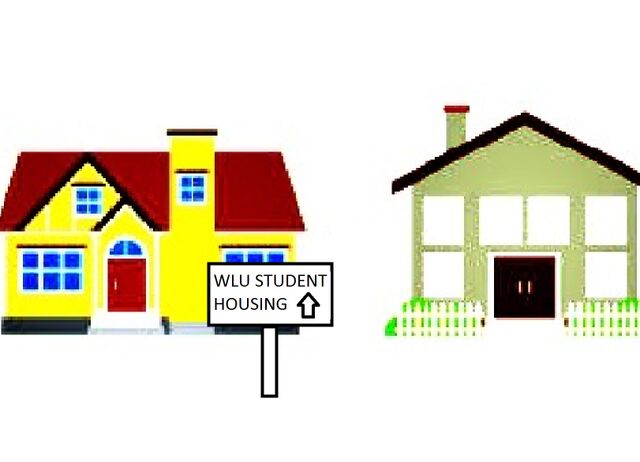 Recent crimes and the way they have been handled in Laurier Brantford student housing areas are concerning students regarding their safety in off-campus housing.

On Sunday, Sept. 20, around 3 a.m., a man was stabbed in a Laurier Brantford off-campus student housing area. The man was not a student, and no students are known to be involved in the incident.

Sputnik staff writer Taylor Burt, a second-year student, was affected by it all. Burt recalls that around 3:20 a.m., she saw a large group of people on the street outside her house.

She said, “I thought it was just a party going past, but it kept getting louder and sounded angrier. I noticed a man running down the street yelling ‘I got stabbed.’ About 25 minutes later, police showed up with five police cars and an ambulance. They calmed the crowd. Most people had left by then, but 20 minutes after that police knocked on doors asking questions.”

As a young student, Burt felt vulnerable staying in the house alone and said she was not offered any support by the police officers that interviewed her.

“The police officers that asked me questions didn’t give any contact information. They didn’t offer any counseling supports or resources in case I was feeling upset about the incident. It could’ve been handled much better,” said Burt.

Burt wished the police had taken a different approach. “You have administration and supports to reach out to but it’s very intimidating. Most of the supports, you are required to access them. It is easier for someone to say ‘are you okay’ than a student having to go to those supports and say ‘I’m not okay,’” explained Burt.

In September of 2014, a house of five female Laurier Brantford students was broken into while they were all away for the weekend.

Rylee Barber, a resident of the home that was broken into said, “Myself and four roommates went home for the weekend. When we returned home, we realized that a laptop was missing. Then we realized that all of us were missing things, and that our house had been broken into. The robbers popped a screen out in the back of our house and managed to get in through the window.”

The students called the police. Brantford Police Service took finger prints but were unable to identify the robbers. The students are still unsure if the robbers have been caught since the incident.

Barber said, “I felt safer in residence since there were more security features, but I also feel safe living in my current house, and I am happy living off-campus.”

Chris Eley, Manager of Residence Life, said, “I think [safety] awareness improves as they spend time here, I think they become very aware of things like Foot Patrol right away and from the great work that Students’ Union does with Orientation Week and promoting that service. Students are also made aware of Duty Dons and Special Constables Services. But I think there are different levels of awareness and it builds as students go along.”

Burt and Barber offered some suggestions for what the university can do to help students feel safer in their off-campus housing.

Burt offered the suggestion that the university add more panic buttons around the downtown area, like the one in the Research and Academic Centre courtyard. She also suggested that after an incident like this occurs, a poster should be put up in the neighbourhood with contact information for students and community members to reach out to.

Barber said, “I think the university could have workshops on ways to add safety features to your house and ways to protect yourself.” She thinks more information should be available to students on how best to react to a break-in or other emergency situation. Barber said that “break-ins can take a large emotional toll on a person, so it would be beneficial to have people that students can talk to.”

Barber added that “it would be helpful if the community would try and get to know the students so that both know who is living in their area. This could also help students to be informed with what good or bad things are happening in their neighbourhood.”

Eley reminds first-year students that upper-year residences are available if they wish to stay on campus.

Special Constables Services do not have jurisdiction on off-campus housing issues. Those are handled through the Brantford Police Service.

If any students have been impacted by an event that has happened off-campus or near their off-campus housing, they are encouraged to go to the Wellness Centre or Special Constables Services to speak to someone.