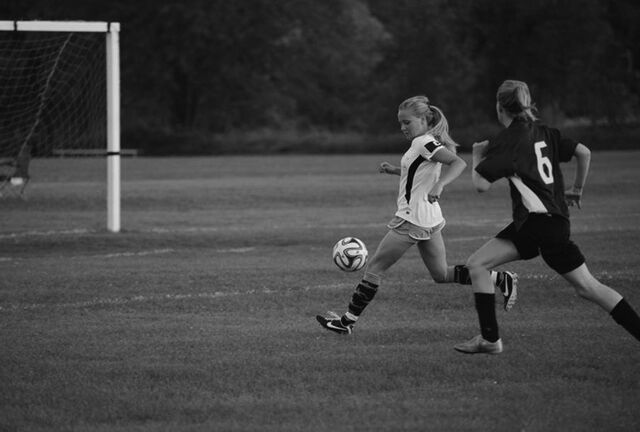 Concussions began as something resulting from violent hits in football and hockey. However, scientists have now discovered that repeated injuries to the head can lead to Chronic Traumatic Encephalopathy (CTE), a progressive degenerative disease of the brain.

CTE can begin with many small blows starting from a young age. There has been some increase in awareness of the dangers of concussions in youth sports. Unfortunately, there are still scenarios such as that of Rowan Stringer. On May 8, 2013, Stringer was tackled playing high school rugby. She landed on her head and was immediately taken to a hospital. Stringer remained unconscious until her death four days later.

Previous attempts had been made to improve safety for youth in Ontario. Bill 39 failed to pass in the fall of 2012. A new act was proposed for this fall for the provincial legislature, which is meant to increase awareness for both players and coaches to help prevent situations such as Stringer’s.

Concussions can have long-term effects for those who survive them. The risk of another concussion is constant, and this may cause more severe damage. A person who suffers a severe concussion may be safe, but they will still have struggles in their daily lives due to post-concussion syndrome.

Laurier student Megan Elmhirst suffered a severe concussion 11 years ago. At 11 years, old Megan suffered a concussion doing gymnastics. She had a broken foot when her coach encouraged her to continue practicing her floor routine.

Elmhirst continued even through the pain, “When you’re 11 years old, you don’t argue with your coach, you do whatever they tell (you to do)”. A common problem facing youth is that they are sometimes put in risky positions by coaches.

While doing her routine, Elmhirst landed directly on her head, causing a concussion. She explained the moment, “I didn’t black out or anything, and at that time there wasn’t much awareness about concussions.”

10 days later the symptoms of the concussion appeared. Elmhirst suffered four seizures and was rushed to hospital. Doctors discovered her skull had split due to her brain swelling. A difficult decision would face Elmhirst after her recovery. She could continue to play sports or quit to prevent further damage.

Although many doctors told her to quit, she decided to continue as a way to avoid depression, “I can’t imagine what would have happened if I quit sports”.

In an attempt to stay positive, Elmhirst still plays sports believing that, “I don’t think someone’s life should have to stop because of a concussion.”

This attitude has allowed Elmhirst to enjoy life after her injury. A lot of people would have tried to be careful and protect their brain from further damage. Elmhirst currently still plays sports, although cautiously. During a soccer season she usually suffers one mild concussion. All the concussions have not slowed her down as she continues to play and enjoy the competition.

The damage of a concussion affects the mind in many ways. Sleeping can become a challenge, affecting everything a person does on a daily basis, “I would try to get up for classes but couldn’t, not the will power, but know if I go to school today I will go to sleep, can’t handle that day.”

Memory problems are also very common. Memorizing information can take multiple times and multiple techniques for a person who has a concussion history. Memory problems have caused Elmhirst to change her career goal due to the difficulty she faced. A goal of one day doing something with science had to be changed. Memorizing formulas became too complicated of a task so a change was made. Elmhirst is now a Concurrent Education student and hopes to be a teacher one day.

Elmhirst explained one reason she chose to be a teacher, “times in my life, this being one of them, where I wish there had been somebody able to step in and take more of a positive role and I’d like to be that role for kids with their education and anything else they need.”

As concussions become more common and knowledge is gained, more can be done to help people who suffer the injury. Prevention can be achieved through education and spreading the knowledge that concussions can have on a person’s life.

Elmhirst explained how easy it is to get a concussion, “Almost any time you hit your head you get a minor concussion. People think you need to black out or puke, but it’s not like that. I think awareness form that stand point is important”.

Elmhirst credits a strong support system for helping her through her recovery. With all the challenges that she has conquered, she has had help. According to Elmhirst, a person can’t do this alone, “make sure you have a good support system.”

Prevention remains the safest option for dealing with the ongoing issue of concussions. That’s why Stringer’s story is of such importance. If an injury can be prevented, it can save a person for the rest of their life. 11 years later Elmhirst is not recovered fully. “to this day I still have different symptoms, memory loss, when I get tired my speech gets all jumbled up”.

Concussions rely on the person being injured to tell their coach. Coaches and other adults need to learn of the risk and must educate youth not to risk further injury. Stringer reportedly suffered a concussion in a game the week before her concussion that left her unconscious.

One hit to the head can caused major change for Elmhirst, “I sit here and wonder, what can my life be, how could it be different if it hadn’t had happened to me”. People should know the risk and how to limit how often it occurs and how many people it affects.