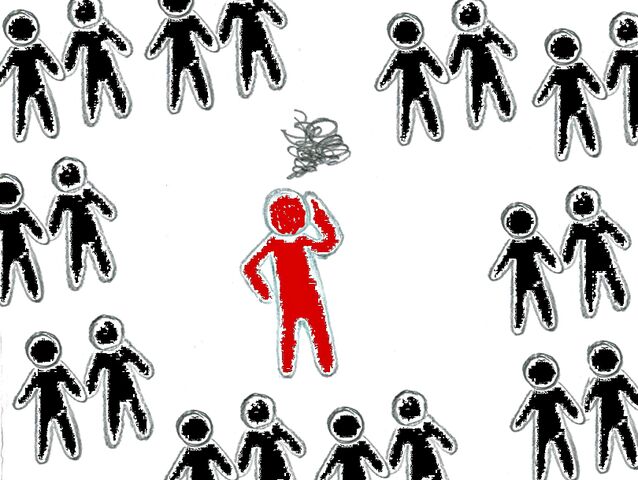 What can be done to improve the stigma of mental health? Break the silence. We live in a society where if you were to break your leg, people would support and help you. On the other hand, if you were to tell someone you suffered from depression, people would shrug it off. That is ignorant. Ignorance is marginalizing people and preventing them from wanting to talk about mental illness, or get help. This ignorance has unfortunately contributed to the over 4000 Canadians that commit suicide each year. No one should contribute to that kind of ignorance.

There is a stigma attached to mental health and how people chose to speak about it. Society would rather avoid talking about mental health than engage in conversations to help end the stigma. I believe that this isn’t just a problem but an injustice. Society can improve by not treating mental illness as a weakness or sickness because that furthers stigmatization; which forces some to stay silent and avoid seeking help.

I strongly believe that if talking about mental health becomes a norm, mental illness and suicide rates could drastically decrease. In addition, those struggling with their mental health won’t be reluctant to access treatment early on because they won’t be ashamed or fear prejudice.

For students looking for mental health support in Brantford, there are service available to you on campus, like the Wellness Centre ((519) 756-8228 ext. 5803).

I know that the hardest step to take is the first. Nonetheless, it is worth the trouble if it means breaking the silence on mental health.