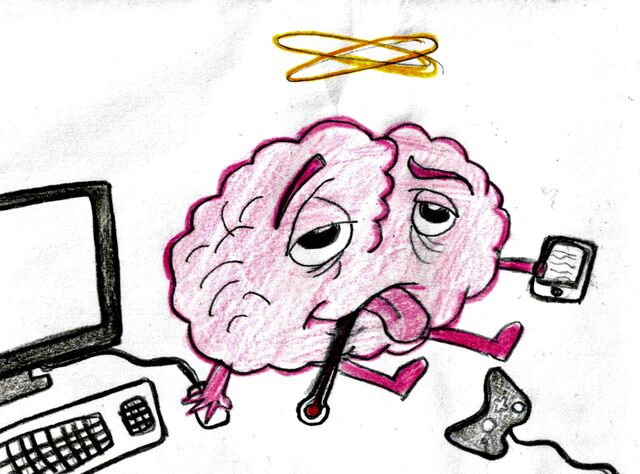 According to the Canadian Mental Health Association, 20% of Canadians are afflicted with some form of mental illness in their lifetime, and unfortunately, the CMHA has found that mental illnesses and disorders are more prominent in young people than any other age group. As the most susceptible group, it is vital to inform youth about all aspects of mental health, particularly through education.

In Canada, the most open and diverse discussion about mental illness on television comes from Degrassi. While mostly viewed by younger adolescents, the show teaches about mental health very early on in a teenager’s life. Specifically, the show has covered topics such as anxiety, depression, post-traumatic stress disorder, bipolar disorder and suicide. Not only does it illustrate what the person with a mental illness is going through, but also how friends and family can help.

As for films, one of the most prolific examples of mental illness in film is the four-time Academy Award-winning film, A Beautiful Mind (2001), starring Russell Crowe. The film is a biography about a genius named John Nash, who suffered from paranoid schizophrenia. Through the film, John experiences delusional episodes and illustrates the difficulties of living with paranoid schizophrenia, on both the afflicted and his loved ones, particularly when proper treatments are unavailable.

Through his ups and downs, Nash proves that mental illness does not make a person incapable. With the support of his wife, Alicia, Nash overcomes the difficulties that schizophrenia created, and continued on to become a professor and win a Nobel Memorial Prize in Economics for his work on the game theory.

By educating people about mental health, media like Degrassi and A Beautiful Mind have opened up a dialogue for people to discuss, question and look further into mental health issues. This not only helps people empathize and understand, but can show people that they’re not alone.

After getting educated, the next step is to take action, which can sometimes be the hardest part. Fortunately, Laurier offers a multitude of services and support to assist students in every aspect of wellness. In an interview with Cindy Wood, the manager of the Wellness Centre and mental health on the Brantford Campus, and Sarah Paulitzki, the campus’ personal counsellor, they discussed how the Wellness Centre provides support for students.

Paulitzki, when discussing the various services Laurier offers, said, “We also provide supportive counselling to students with, or without, mental health issues.” It’s comforting to know that there are services for all students and for whatever support they might need. It doesn’t have to be for a mental illness, but for any student in need.

Wood discussed the different methods of handling multiple issues relating to school, such as workload, scheduling conflicts, time management or academic struggling. As for more personal issues, she explained, “If it’s homesickness, if it’s loneliness. Come here, they can talk to me, they can talk to our doctors, they can talk to Sarah. Sometimes it’s just finding a safe place to come and feel safe.”

For any further questions or information on Laurier’s Wellness Centre, its services, and how to get help, visit the Laurier website, or the Wellness Centre, which is located on the second floor of the Student Centre.