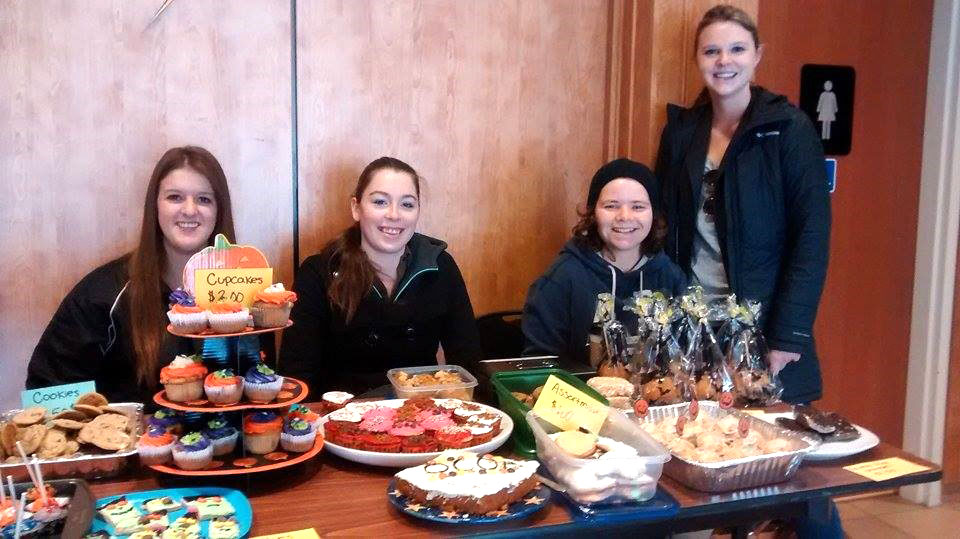 Ocoa Projects set up their station in the Student Centre Lobby with pumpkin waffles, cake pops, gluten free brownies, cupcakes and caramel apples. On October 30th, 2014, the club put on a Halloween bake sale, their second event of the year.

Ocoa Projects is a club that sends Laurier Brantford students to the Dominican Republic for two weeks to help build homes. The students live with a citizen from the city and are exposed to the culture, as well as their lifestyle.

The bake sale was held to raise money towards building homes in the Dominican Republic. “Ocoa is not an acronym, it’s an area,” says Jennie Rideout, a volunteer for the club. About $4,000 worth of supplies is required to build a home in the Dominican. Members pay for their own flight, food and accommodations.

“I have always wanted to go on a mission trip but they are extremely expensive,” says Magen Wydeven.

“I did the same type of trip in high school to Nicaragua but it was much more expensive,” says Kayla Spielmacher.

Jennie added “I wanted to do something that wouldn’t cost a fortune. With fundraising, the trip is about $1,000 but even without fundraising it is only $1,300.”

Last year, there were two groups that were sent to the Dominican; one in May and one in June. The months have not yet been decided this year, as it depends on the number of members going on the trip and which month they prefer. “We have 35 members but we don’t know how many groups to have yet until people decide whether they are going or not,” Danielle Hyde, the club president explained.

Other events include a Wacky Wings event on November 23rd, a Boston Pizza event, and a Valentine’s Day Auction. The Zumbathon was their first event and they raised over $500. More events will be held this year in comparison to last year. There will be a lot of events for students to get involved in. The club is still accepting members to go on the trip or help out with the fundraising aspect of the club.