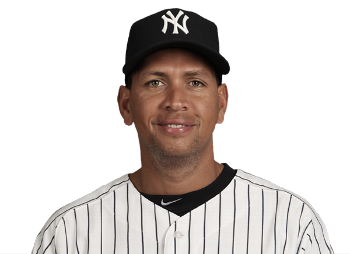 Alex Rodriguez is now the face of a new performance-enhancing drug scandal that has hung over Major League Baseball for the better part of the 2013 season. With reports of a life time ban all the attention is put on him and the other 16 players that are involved.

In March, MLB sued a Miami-based rejuvenation clinic named Biogenesis of America for providing its players with a banned substance called Human Growth Hormone (HGH). Eventually one of the employees who worked at the clinic agreed to give MLB information regarding who they sold the performance-enhancing drugs to.

Some of the players that have been named are Ryan Braun, who has already been suspended for the rest of the 2013 season including the playoffs after the evidence against him was presented to him by MLB. Other star players that are involved are Texas Ranger outfielder Nelson Cruz, Detroit Tigers short stop Jhonny Peralta and, of course, Alex Rodriquez.

Cruz and Peralta are expected to follow the same action as Braun and take a plea deal from the commissioner’s office. However, Rodriquez is planning on fighting the punishment. Jeff Passan of Yahoo! Sports says that if Rodriquez does not take the plea deal, MLB will implement a lifetime ban from baseball similar to the one Pete Rose received for betting on baseball.

This is the biggest scandal MLB has faced since the Mitchell Report six years ago and has given baseball another black eye with regards to performance-enhancing drugs. Time and time again baseball seems to almost clean up and another scandal appears.

The trouble that MLB is facing is the fact that because of these players’ involvement in the scandal, a dark cloud is cast over the sport itself. No longer are fans able to enjoy the surprises such as Chris Davis’s home run bursts without thinking he is on steroids. Gone are the days where you are able to enjoy surprises from baseball players with a clear consciousness.

The benefit of doubt is now gone for MLB players and this Biogenesis scandal only adds fuel to the fire. Outsiders that say everyone in baseball is on steroids. The 5 percent of athletes who are taking performance-enhancers are wrecking the game for the rest of the clean players.

So now this leaves MLB with the question of what to do now. Is the policy working because they caught these players? Or is it a sign that the penalties aren’t stiff enough to scare players from taking performance-enhancing drugs? Players’ reputations will sure be tarnished if they are caught, but like all professional athletes they are trained not to care what fans or media think of them.

MLB better hope that their young superstars like Bryce Harper, Mike Trout, Matt Harvey and Buster Posey are a representation of the new clean era because it is already walking on thin ice.