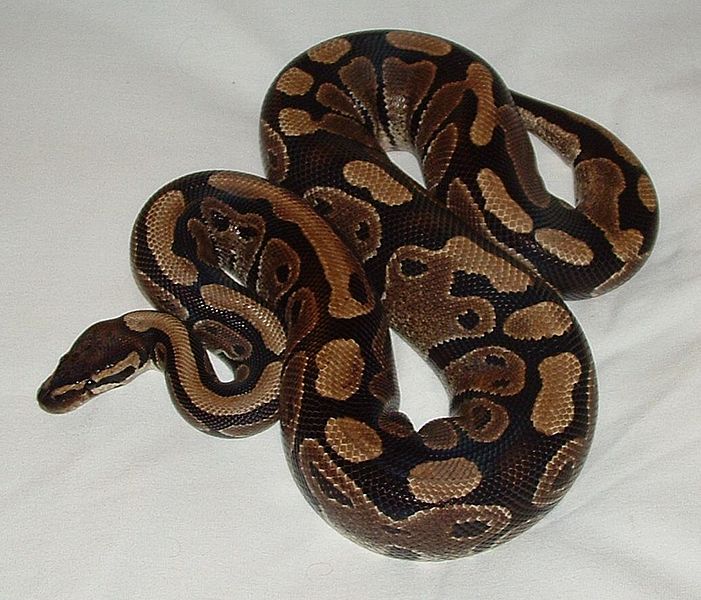 On Thursday, August 15, Brantford Police Services (BPS) arrived at an unnamed hotel on Colborne Street in Brantford to discover several plastic bins containing 40 distressed ball python snakes. The Brant County SPCA took in the snakes and they have since seen a veterinarian, and are returning to full health.

The pythons, the largest at four feet long, cannot be re-homed in Brantford, as ownership of exotic snakes is against bylaw policies surrounding animal control. They have instead left Brant County to be taken care of by an agency that specializes in reptiles, says animal cruelty investigator Brandon James.

According to Steve Featherstone, owner of Little Ray’s Reptile Zoo in Hamilton, many people choose to own ball pythons because they are essentially the “perfect pet snake” due to their relatively small size and docility compared to other constrictor breeds of snake. When threatened, ball pythons typically curl in to a ball and play dead.

The owner, at this time, is still part of an ongoing investigation and remains unnamed, however there is speculation that this situation arose from the owner preparing the snakes for sale.

“[Ball pythons] are not a black market item,” says Featherstone. However, when asked if this treatment and practice is typical of someone selling ball pythons, Featherstone admitted that motels and overcrowding were “out of the norm,” even though many people keep snakes in plastic bins such as those found in the motel room since they are easy to clean, disinfect, and store. Little Ray’s, Featherstone assured, does not take part in this method of captivity.

When asked if the reptile zoo had been contacted about taking in the seized snakes, Featherstone stated that he had not been contacted, but would be “open to taking in the snakes.” Since opening earlier this summer, Little Ray’s in Hamilton has accepted 20 animals that have either been found, seized, or surrendered, and most of the reptiles at both the Hamilton and Ottawa locations are acquired this way.

Pythons have been prominent in the media recently, following the deaths of two young boys in Campbellton, New Brunswick, caused by an African rock python, as well as two ball pythons found in Hamilton in the span of a week – all incidents taking place earlier this month.

This incident has brought Brantford in to the sphere of national news, resulting in the city trending on Twitter in Canada as of earlier this afternoon.