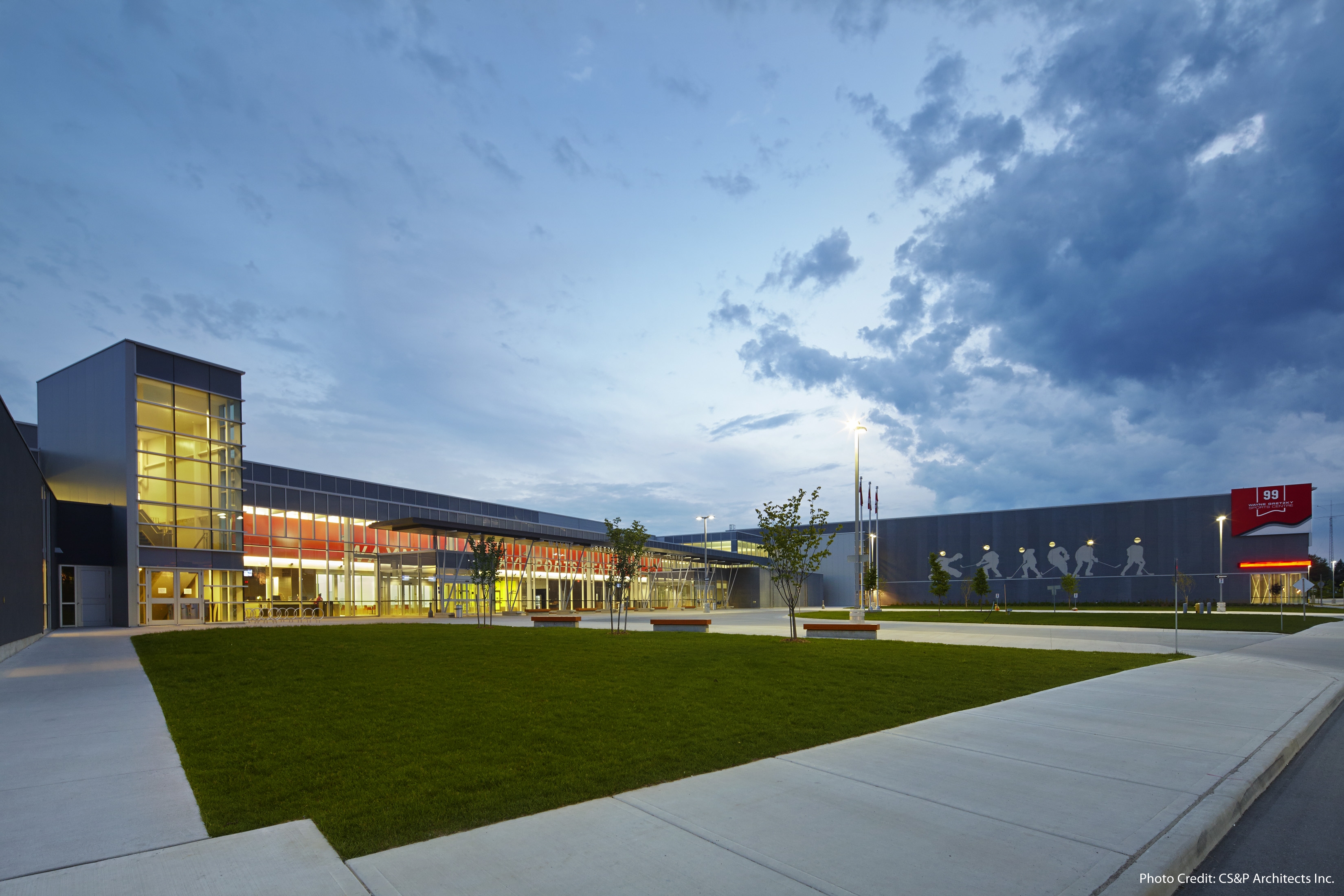 The grand opening of the Wayne Gretzky Sports Centre is just over a month away and the excitement has already begun.

On September 29, the event, which has been named “Inspiring Greatness,” will gather volunteers and citizens of Brantford at the Wayne Gretzky Sports Centre to celebrate the completion of the complex.

Attending the event will be hockey legend Wayne Gretzky along with his father Walter Gretzky.

“The City of Brantford has built a world class facility that I’m very proud to be a part of,” said Wayne Gretzky in a press release. “This facility will give families in the community great opportunities to foster their skills and to create fond memories like the ones I have. I’m so proud to be a part of this wonderful facility and look forward to celebrating the grand opening.”

“This is an incredible venue that offers great training and opportunities for everyone from kids to seniors,” said Walter Gretzky, also in a press release. “We’re so proud to be a part of it.”

About the Wayne Gretzky Sports Centre

According to the Wayne Gretzky Sport Centre website, “The Wayne Gretzky Sports Centre has been the primary sports and leisure facility of Brantford for over 35 years. Originally called the North Park Recreation Centre, construction began with the two rinks between 1967 and 1972. The pool facility was added in 1974 and was named the Brant Aquatic Centre. In July of 1982 the centr

e was renamed the Wayne Gretzky Sports Centre after one of the most acclaimed NHL hockey players and Brantford’s hometown son. A third rink was added in 1999.

“A $64-million renovation of the facility is expected to be completed this year which includes a new 4-pad arena with seating for over 1,000 spectators in the main rink, and a 25-metre pool and hydro-therapy pool to complement the 65-metre pool. The centre also houses a fitness studio, fully-equipped weight room, dry land training room, indoor track, gymnasium, football field, waterslide and more.”

The schedule ranging from noon until 6 p.m. has activities for everyone.

Support from the OLG Casino Brantford has brought in artists such as Steven Branchaud, Harvest Moon and Juno award-winner Jully Black.

The artists will be giving free performances throughout the day for everyone who attends.

Along with the music, everyone is invited to join in on the Grand Opening Passport program. The program challenges attendees to complete nine activities including a ride on a ferris wheel, giving a view of the full complex; a swim in the new pool and a skate with the Brantford Blast and Junior 99’ers.

All activities are completely free of charge and are aimed at letting everyone have a fun time.

“We are looking for dedicated volunteers who would like to be a part of making the day one of the biggest events in Brantford,” said Cathy Drinkwater, Volunteer Coordinator, Grand Opening Committee.

The Grand Opening Committee is looking for anyone who is willing to assist in making this event memorable.