EcoHawks help out in a Residence downtown cleanup 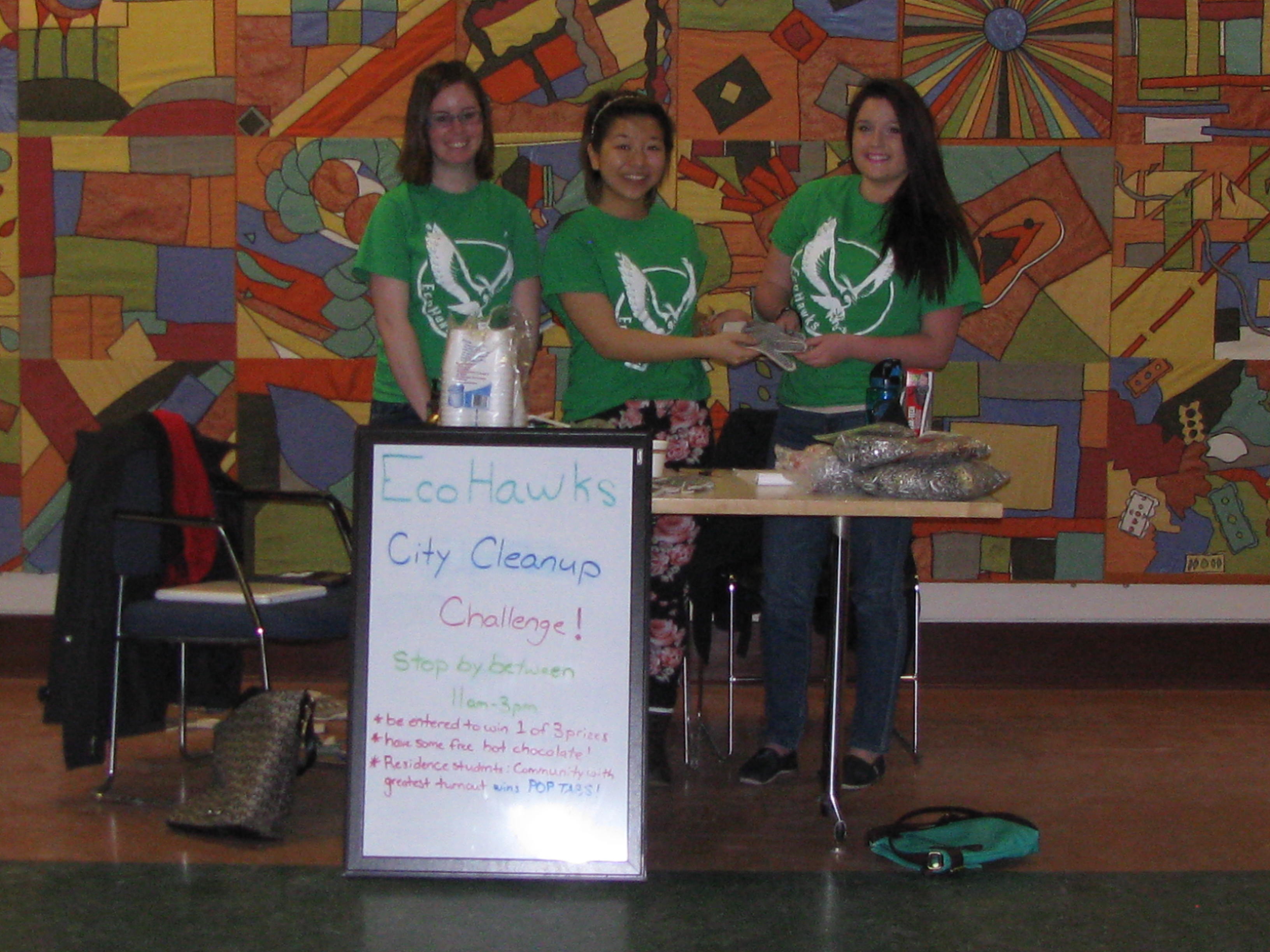 Yesterday in the Carnegie foyer, Laurier Brantford’s EcoHawks handed out garbage bags, gloves, and hot chocolates for students that participated in the downtown cleanup event. The EcoHawks used pop tabs as an incentive for first year residence students, since Friday is their last day to hand in their pop tab collection for their residence floor competition.

EcoHawks Co-ordinator, Wendi Winter, took the initiative to put this together. Winter said the residence floors usually do a downtown cleanup every year, but she thought she could help motivate participation. She offered the floor that had the most students participate all the pop tabs EcoHawks have collected since September. Floor three of the Expositor building ended up winning the pop tabs with a turnout rate of 70 per cent.

Winter explained that it was important to do the cleanup yesterday as it is the residences’ open house today. “The first thing they do is see, and we want to give them the best impression we can,” said Winter.

EcoHawk volunteers Victoria Wong and Jordanna Weaver both agreed that an event like this would create a “domino effect”. They said that when the community sees the students picking up garbage, it will make them think before they litter and about cleaning up instead.

“I think it’s important because not many people in our generation are focused on the environment,” said Weaver. She hopes this will be an eye-opener for the younger community members who see the students cleaning up.

First year student Lindsay Gray was in the pop tab competition with the Post House residence. Gray said it is important to be involved on campus because it gives students a chance to learn. She also said that she always sees garbage on the ground when walking to class, and is happy to have the opportunity to clean it all up. “Just getting outside on a really nice day like this and doing something beneficial instead of staying home and watching T.V. is good,” said Gray.

“I love Brantford, it’s such a beautiful place, and I hate garbage,” said first year student Ryan Zhang. Zhang is in the pop tab competition with the Lucy Marco Place residence, but was sadly not joined by his roommates. Zhang ventured the streets of Brantford on his own, cleaning all the garbage in his path.