Brantford Takes Back the Night 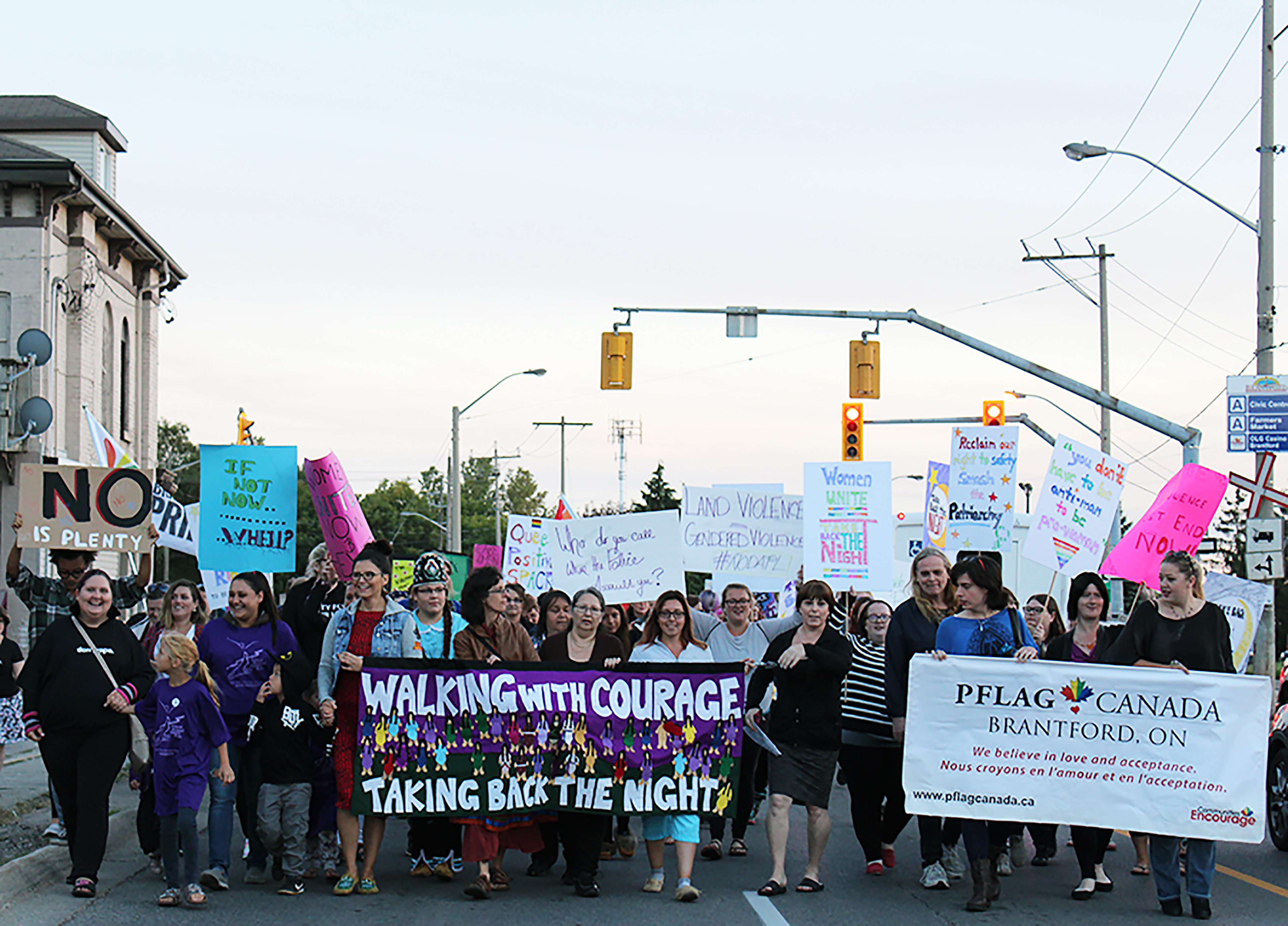 On Thursday Sept. 15, 2016, The Sexual Assault Centre of Brant held the 25th anniversary of the annual Take Back the Night Event. Those who attended the night all acknowledge the fact that there is many people in the community who do not feel safe to walk alone at night. This event is to raise the awareness that this issue needs to end and brings all together to walk to end sexual violence. The night belongs to everyone and people should feel safe. This event consisted of a few songs and dances sung, as well as cheers cheered by all who attended. Jessica Doroshenko, is the coordinator of the No More Project that focuses on getting boys and young men in the topic of gender equality and expressing the fact that sexual violence affects the whole community; not just one section of the population.

Doroshenko also expressed why the Take Back Event is so important, “The goal is to bring awareness to the alarming rates of sexual violence and other forms of gendered violence that occur in our community, and to try and change that. Throughout much of our history women have been told not to go out alone at night for fear of what might happen to them. By sending this message to women and other populations who are more vulnerable to violence (such and trans and non-binary folks) we’re looking at the issue in a really backwards way. Instead of saying to the community at large ‘It is wrong to commit violent acts we’re saying to the people who are the targets of violence ‘you did something to warrant the violence against you,’”.

The Brant Native Housing Women’s Drum Circle was invited to perform at the event. “Indigenous women face very high rates of sexual and domestic violence … Indigenous people have had so much stolen from them during colonization, including their safety during night time, and colonization continues in so many ways today. I think that is why it is important that there is lots of space for traditional activities such as drum circles to take place at events like take back the night,” said Doroshenko.

A few of the other organizations and programs involved in this event include: Nova Vita (Brantford’s Women’s Shelter and the agency responsible for domestic violence prevention services), Victim Services, Brant’s Response Against Violence Everywhere and Brant Native Housing. There were also some Laurier students who came on the walk to show support.

This night meant something to everyone who came out, including Doroshenko.“This event is so important because we still blame women for violence that is perpetrated against them. We still ask questions like, ‘what were you doing out alone at night?’, in response to assaults that occur. This is not okay. I want the night to be a time that is safe for everyone, and I don’t ever want any woman who is out alone at night to have to question her safety.” This event is very active in affirming the fact that women are usually afraid to walk at night because it’s not safe for them and to always be on the lookout for danger.

“From a young age women are trained to be hyper-aware of their surroundings at night, and to have safety plans in place in the event that they encounter danger, and that just doesn’t feel right. It shouldn’t be on me to defend myself against someone’s violent action, it should be on that person to not have committed a violent action in the first place. I should be able to walk freely, and without worry at night, and until that night comes where every woman, non-binary and trans person feels completely safe to be alone at night, it is important to take social actions toward reclaiming the space,” said Doroshenko

The Take Back the Night Event happens in Sept. every year around the second week. Students who are interested can definitely take a look at these different programs and community agencies that are part of Take Back the Night for anymore information. Approximately 200 people marched this year and the Brantford community agencies hope that over the years more people will come and take the march with them. More information about the history of the event can be found here: http://takebackthenight.org/.