A weekend at the ‘Roo 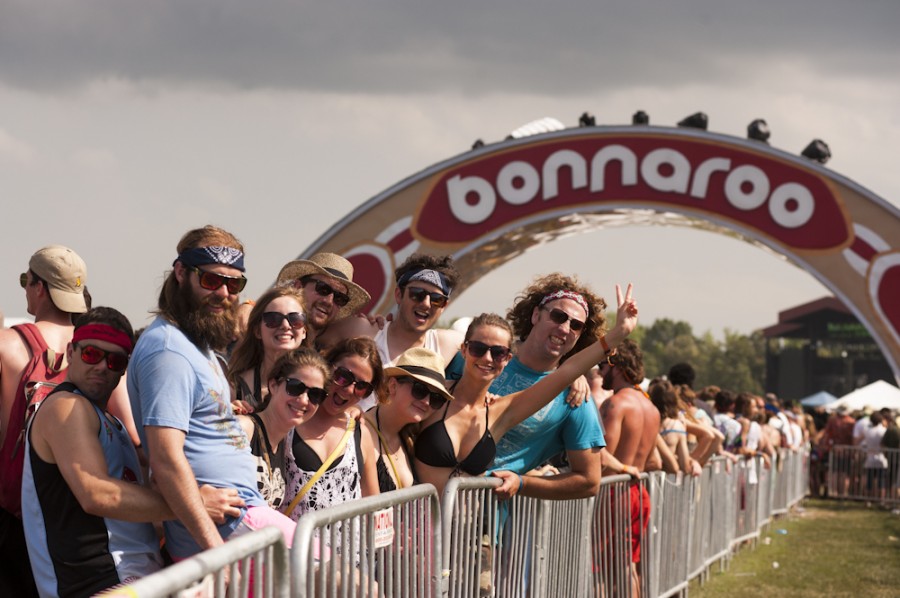 From June 13-16 I had the time of my life at my very first Bonnaroo music festival. The giant fest took place on a 700-acre farm in Manchester, Tennessee, and about 80,000 amazing folks were in attendance. Among the crowd were hippies, seniors, children, Mario and Princess Peach, and just about any other type of person you could think of. Everyone was dripping with sweat under the sweltering southern sun, and we all smelled pretty friggin awful, and some how that didn’t deter anyone from making tons of new stinky friends. The atmosphere was welcoming and ultra-friendly, the sort you’d find in a close-knit small town—and that’s exactly what Bonnaroo was, a small town that partied and basked in tunes for four days.

The headliners of the weekend were nothing short of electric, with energetic performances by Paul McCartney, Jack Johnson, Bjork, R. Kelly, Macklemore, Tom Petty and the Heartbreakers, and many many more. Mumford and Sons were originally on the bill for Saturday night, but due to bassist Ted Dwane’s health condition, they were forced to cancel their performance. Jack Johnson was a last-minute savior, and stated to fans, “I’ve got a lot of lyrics and chords to relearn by Saturday night […] We are excited to hit the stage again.” Johnson paid homage to Mumford and Sons by covering “The Cave”, a track off of their 2009 album Sigh No More.

My absolute favourite performance pertaining to the headliners, however, was definitely Paul McCartney. As a huge fan of the Beatles, and a much, much younger Paully Mac, I was expecting a mediocre show. I was also expecting that the 71-year old would keel over in the Tennessee weather if he rocked out too hard, but no such mediocrity or fragility occurred. McCartney wowed fans with solo tracks, as well as a slew of Beatles singles that had everyone dancing and singing at the top of their lungs. After the Tupac hologram at Coachella, I was half expecting Lennon to miraculously appear on stage. I had no such luck.