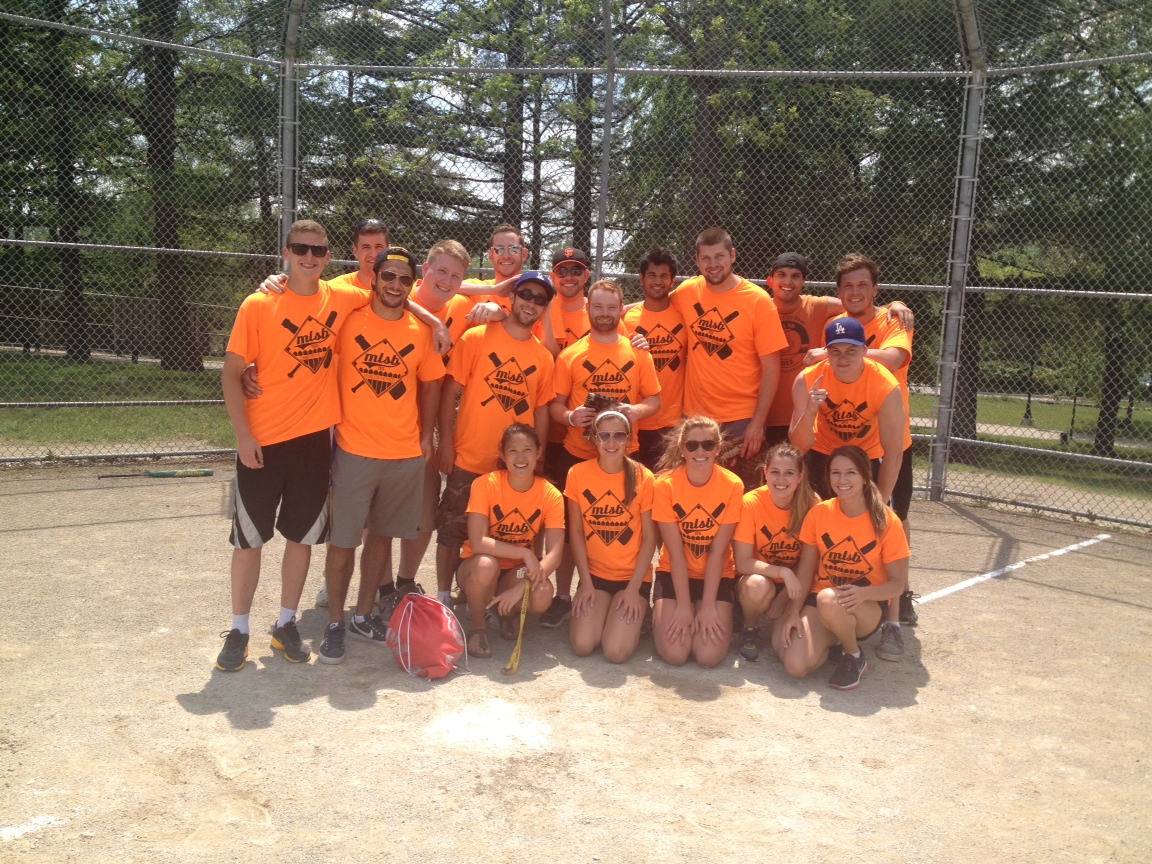 Everyone can appreciate a good combination of softball, cold drinks and friends. Many workplaces are known to participate in such events by entering in leagues together or holding tournaments to promote team morale. A group of 500 students at Wilfrid Laurier University in Waterloo are also partaking in these events this summer.

Years ago a group of students at Laurier came together to create a softball league they named Major League Softball (MLSB). The students created the league as a way to keep them occupied during the summer months that they were stuck at school for mandatory courses – offered only on the break. Since the majority of university students return to their hometowns on summer vacation, that left the other percentage of students with little to occupy their time and to fix this issue they decided to create a softball team.

There are 32 teams in the league, with about 16 to 22 players on each team. Much like in Major League Baseball the students are divided into two separate leagues and play on either Monday and Wednesday or Tuesday and Thursday. There is a cross over with the leagues, called interleague play, which happens in the playoffs at the end of the summer or tournaments on select weekends. Each team plays twice a week for ten weeks. They also each participate in an all-star game. MLSB will also organize many events throughout the summer such as a Blue Jays game, a rafting trip and a camping trip for the all-star weekend.

Laurier is in no way affiliated with the league and the school’s logo will not appear on any of the documentation, sportswear or league logos. This leaves the cost up to the students. There are nine convenors chosen for the league and each of them are in charge of finding sponsorships, moderating rules and the basic up keep of the leagues websites which include standings and scores.

Sponsorship money usually comes from local businesses in Waterloo, mainly businesses that have contributed to the league in the past and will usually feature their logo on the teams’ jerseys. In return the teams are expected to support the businesses at least once a month by going to visit them. This is an easy request for the teams, especially when their team sponsor is a local bar.

Nicole McAlary is a fifth year thesis student who is playing in the league for the first time. McAlary found out about the league through friends in the business program at the Laurier Waterloo campus. McAlary figured that joining the league would be beneficial to her because she figured it was a great way to meet new people and get some exercise. McAlary enthuses that her experience in the league has made this summer one of the best she has ever had. “We are a tight knit group of fun and friendly people who know how to make the most of a quiet town for the summer,” she said.

The Major League Softball team seems to have completed their goal of giving students in a school town something fun to do during the quiet time of the year. Especially when using McAlary’s experience on the league as an example. Many believe that the MLSB should continue to grow and provide a fun activity for students in the summer time.