Beauty is a beast 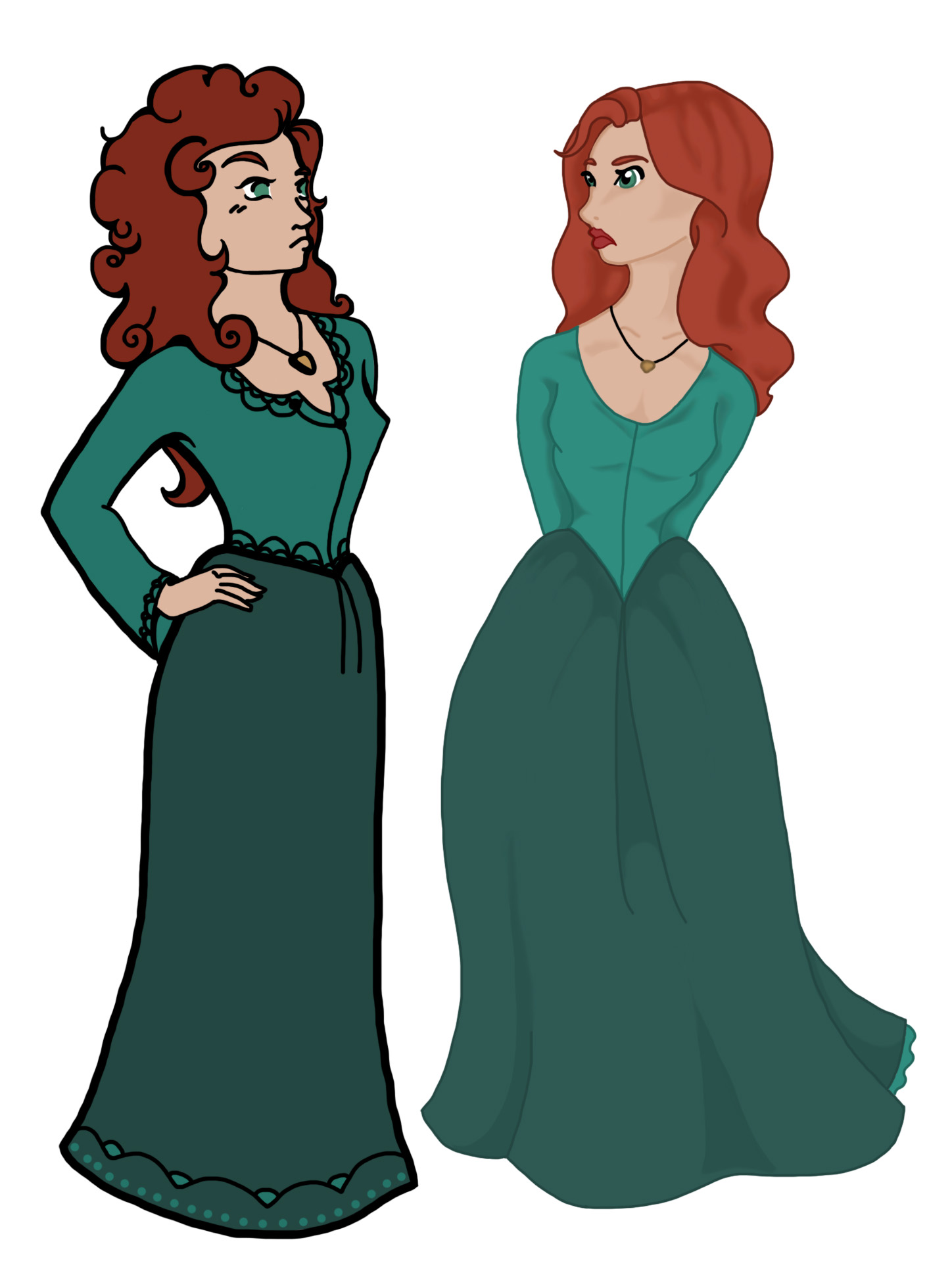 I think a lot of people were pleased, as was I, with Disney’s decision of making one of their latest princesses a little different than the “traditionally beautiful” previous ones. Now, I know that sounds weird, seeing as they’re cartoon. But think, the characters (even in Disney films) are meant to look good. Their names even implying it sometimes, such Prince Charming from Cinderella or Belle from Beauty and the Beast. There’s the bright red lips of Snow White, the elaborate dresses of Cinderella, the off-the-shoulder look of Jasmine and if Walt Disney Productions isn’t trying to make a statement with Jessica Rabbit from the 1988 film Who Framed Roger Rabbit, then I’m actually a car.

The Disney princess I’m writing about is 16 year old Merida, from the 2012 film Brave. Surprisingly for me, I haven’t seen this film yet. Judge all you want, but I’m a Disney fan, straight and simple. This Scottish teen didn’t have many, if any, of the of the cliche princess attire seen in the cartoon films we all love. A good ol’ Google search gave me an idea of what she looked like. A fairly bland outfit, a bit heavier looking than the other princesses (but still in no way something that today’s society would call “unattractive”), and absolutely wild hair. I mean, I thought I had uncontrollable hair, but Merida wins. If I were to look at her individually, there wouldn’t be a second thought. She’s a cartoon character in a movie! That’s all! But then you line her up with the ten other official members of the Disney Princess media franchise (being; Snow White, Cinderella, Aurora, Ariel (given legs and a flowing dress), Belle, Jasmine, Pocahontas, Mulan (full dress, hair ornament), Tiana and Rapunzel) you start to see that she sort of stands out.

Previously I used the phrases “she didn’t have many” and “gave me an idea of what she looked like”. These were fully intentional, because someone in marketing at Disney must of thought that her standing out wasn’t the best idea, so they changed her appearance. I found a photo of her after her Disney makeover. This featured unruly hair turned into flowing curls, an elaborate dress, paler skin, makeup, and believe it or not, even a slimmer figure! They turned a character that children loved, that children fully accepted as-is, into what adult society deemed more “princess” like. To me, and apparently many, this was an unacceptable move. This could have many long-term effects to children currently in love with the Disney franchise, in my opinion, in matters such as self-esteem and what you are expected to look like. How could these effects come about? Well obviously Merida before wasn’t good enough, that must be why they changed her, right?

To me, it was just sad. Because to me this wasn’t “the magic of Disney”, it was a marketing decision, a way to get more money, without looking at the principle of the matter. I have now read that Merida was designed the way she was on purpose, to contradict the typical look for a reason. So, as I said, other children could relate to the characters of their childhood. The creator of the character (among with others such as female empowerment group A Mighty Girl) spoke their outrage, and a petition was formed on website Change.org, getting over 200000 virtual signatures to change her back. The result was a statement by Disney, stating that the change was only for her “Disney princess coronation ceremony”, and that she would revert back to normal for other appearances.

Has the damage already been done? Has the company already made a point, and have they officially started stereotyping “beauty” in their characters? At this point, maybe it’s hard to tell. Although, Disney’s next princess, Anna (to be seen in the 2013 film, Frozen) features the same looks that everyone who watches Disney has come to know. So maybe the company is going to stick to tradition, stick to the good ol’ princess look of before, and not use their power of media to make a point that could benefit the self-esteem of thousands of children.