Why we should all take back the night 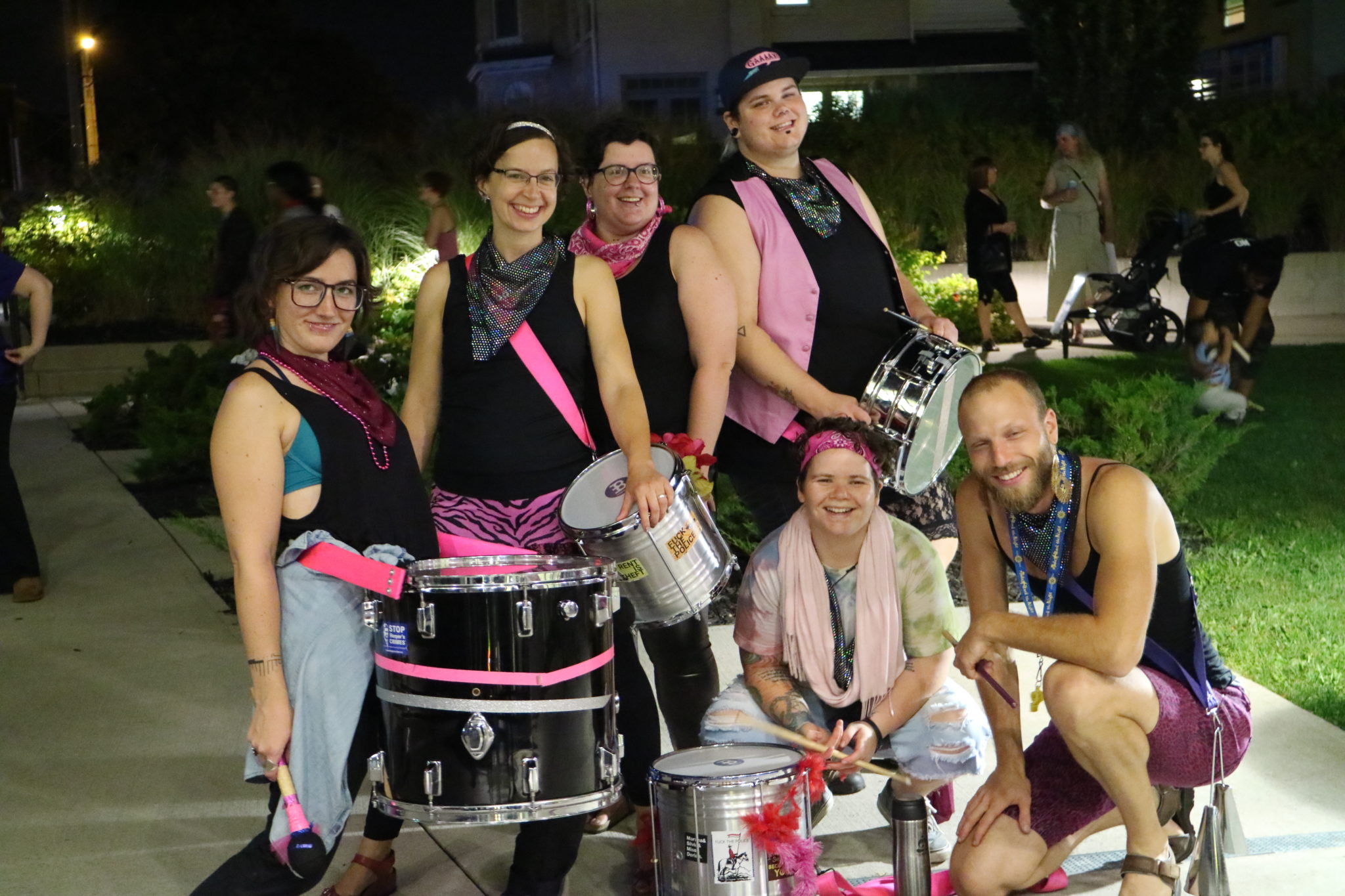 The Sexual Assault Centre of Brantford hosted the Take Back the Night event on Sept 21 promoting women’s rights including a march for women, children, trans and non-binary individuals.

The event was open to students and the Brantford community, and included activities such as a drumming circle, t-shirt and poster making, and a speaker explaining what Take Back the Night is.

“This is the first year we’ve done it at Laurier and we brought it here because we are hoping to have a larger presence of university students. The highest rate of sexual violence happens while people are at university so I think it just makes sense then to make youth aware” said Terra Manuliak, Community Education and Outreach Coordinator at the Sexual Assault Centre.

The name of the event was inspired by the negative attitudes that can be displayed towards women and the pre-cautionary actions that they may have to take.

“I think that we are conditioned from a young age as women, people who identify as women or non-binary trans people … for example if it’s dark you’ve got your keys in your hand when going somewhere, or you’re told to walk in twos when leaving the university, and men don’t have that same narrative, that’s not how they grow up. So what this event is, is taking back that space and you know what? I shouldn’t have to feel unsafe when I’m out in the community” said Manuliak.

Attendees included many parents who brought their children who participated in activities in a designated play area, all to help include their children and understand the issues that are important to them.

“I’ve come to this event one time before and that was in my first year in University. I thought it was just a really important topic to talk about violence against women, the year I went they specifically talked about murdered and missing indigenous women which is a really big issue and has been for a while” said Annaleshia Jamieson, a mother of a 13-month-old son and doing a placement at the Sexual Assault Centre Brantford.

When talking about her son, Jamieson believes that it is important for her to continue bringing her son to events such as Take Back the Night to help him better understand the issues in their community.

“I mean he’s really young so I don’t know how much he takes in, but I think it’s something I want to keep bringing him to because I do want him to learn from it that it’s a problem and they do talk about a little bit about being a male ally… so that would be awesome for him to learn about and just violence against women and how it’s a problem too” said Jamieson.

The event is devoted towards women, and therefore it may seem as men are not always welcome, but that is the not case according to Manuliak.

What we hear a lot is that this is a women’s only event, which it’s not, and we get a push back from the men saying, ‘what about the men?’ ‘Why aren’t we allowed to attend?’ ‘I want to support women too.’ What I say is if you want to support women, come up with your own event and support women… What we’ve come up with is that if men really want to support us, then we want to provide space for them to do that… Its things like for men where they are told ‘man up’ and ‘grow some balls’ all those things that are just as harmful and problematic” said Manuliak.

“…We have a run in May … It’s really our only major fundraiser, so it’s a pretty important event to us because we are really underfunded, we do a lot for the community. All the money from the fundraiser goes to counselling hours, so every dollar made goes right back into having counselling for clients” said Manuliak.

As an event that is running at Laurier for the first time. it was displayed for students to understand the sexual assaults that can happen around campus.

“It’s important to students because, if were talking about violence against women, that’s a huge problem on college campuses against women especially around Frosh week, sexual assaults happening in dorm rooms all over campus. I just think its something that should be important to everyone” said Jamieson.