“We are all naked under our clothes, are we not?” 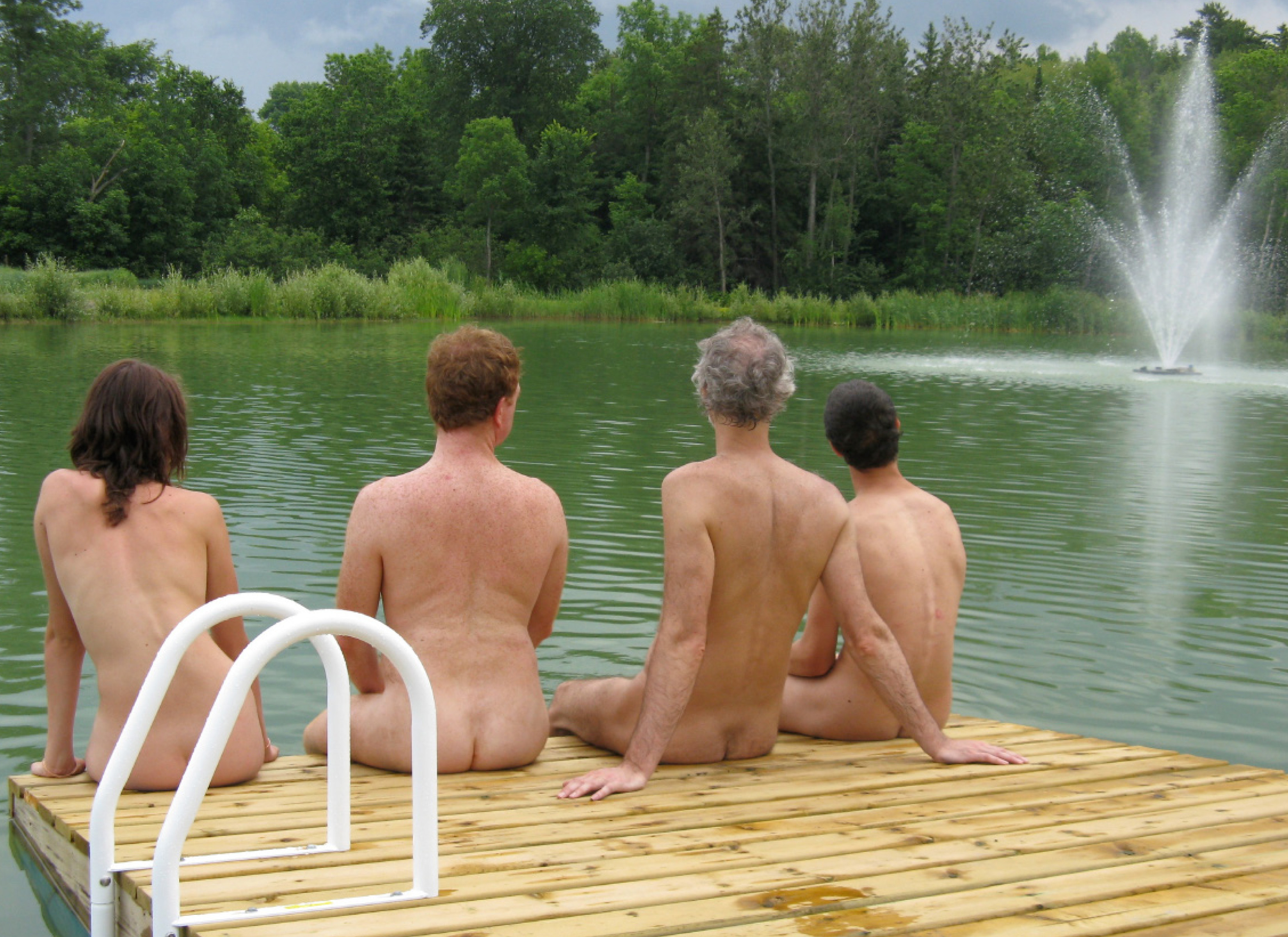 Ever since his “liberating” experience at a nude beach, Deschenes has studied and immersed himself in the naturism lifestyle.

Judy Williams, Government Affairs Director of the Federation of Canadian Naturists (FCN), said most people are not educated enough to know the difference between nudism and naturism.

“Naturists want to be nude in nature and they want to live in harmony with nature with respect for themselves, the environment and others. Nudists just want to be naked.”

There are many concerns, myths and questions that textiles (non-naturist folk) have about naturism. To answer a few: makeup and tattoos are not banned, women can wear bottoms when they are menstruating, and naturism is not a fetish.

Williams, 71, is infuriated by the “terrible misconception” that naturism is purely sexual.

“Sure, you’re sensual. It feels good to have the sun caress you. But that doesn’t mean you’re going to go around and fuck everybody that comes along either,” she says.

Deschenes agrees that naturists are no more sexual when naked than clothed. This brings up a subject of concern: what do nude men do if they get an erection?

On Bare Oaks’ website, it advises that if men get erections, they should not flaunt it and perhaps cover it up with a towel. Deschenes does not believe there is anything shameful or wrong about this natural occurrence. However, since fellow naturists, who are potentially newcomers, cannot know the reason for the erection, it is better to hide it “to avoid any misunderstanding”.

“We still live in the world we live in” he says. “Given lack of information people may make wrong assumptions.”

Deschenes knows of women who attended naturist parks and over 90 per cent of the guests were men. The women felt like “fish out of water” and never tried public naturism again.

Despite the pressures of society, especially ageism, Williams does not feel vulnerable when nude, no matter the situation.

“[I meet] tourists with parasols, cameras and high heels and business suits, RCMP in full uniform. And I meet them all naked.”

Another important question many people have about naturism is how children are involved, if at all.

Deschenes has two boys, 14- and 17-years old, who he raised as naturists. He says that teasing was no more an issue than it was for textile children. The only difficulty he had raising them as naturists was on the days his sons did not want to take their clothes off, he had to enforce the rules of the park—if they wanted to have their clothes on, they had to stay in the trailer out of respect.

Bare Oaks Owner Deschenes is also the producer of a podcast, The Naturist Living Show, that discusses issues important to naturists. One episode explores “clothing-optional” beaches, resorts and parks. Deschenes compares this concept to communism.

“[Clothing-optional] is an ideal we cannot reach because of the world we have around us,” Deschenes explains. “At clothing-optional facilities, you end up with people who are there to look.” At naturist clubs, these “objectifiers” would be too uncomfortable to be naked, according to Deschenes. Like many in society, they have some level of gymnophobia: the fear of nudity.

Williams provides some advice for those who feel a pit in their stomach when they think about stripping down and roaming free.

“Try it. Stand in front of a full length mirror. Look at your body, celebrate it, with every wrinkle, every stretch mark of birth where you gave life, celebrate your body as it is. Don’t try to hide it away.”

1 thought on ““We are all naked under our clothes, are we not?””