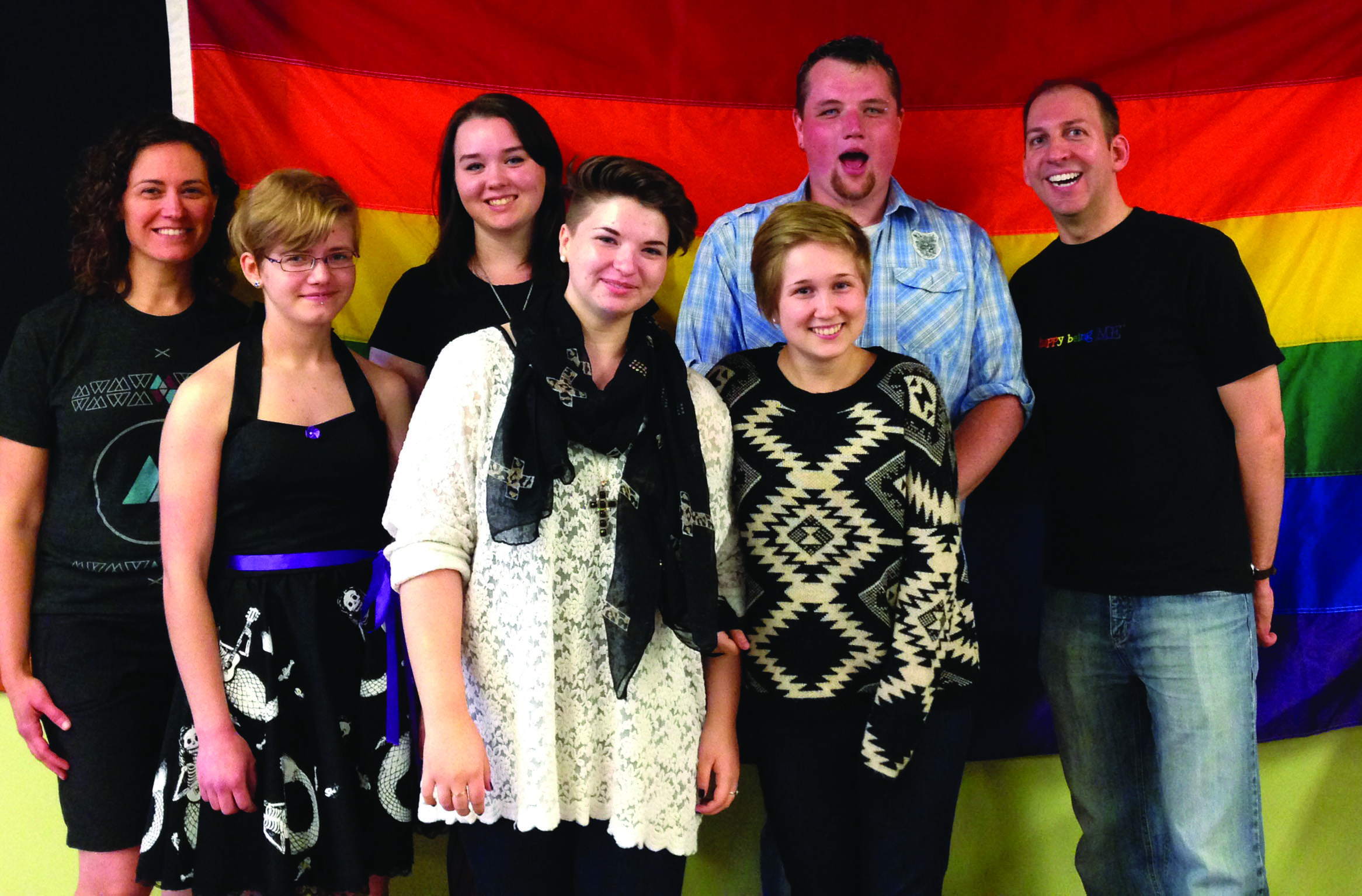 In a room filled with bright and beautiful decorations, dozens of local youths came together to indulge in talented performers, pizza, and an opportunity to celebrate the Lesbian, Gay, Bisexual, Transgender, and Queer (LGBTQ) community in Brantford.

The Friday night event took place before WorldPride’s June 20th kick off, in order to allow high school students to participate without missing their exams.

Youth Pride organizer Antonia MacMillan explained that, “every Pride event was 19 plus, even the coffeehouses were 19 plus, and we weren’t happy with that, because we couldn’t go to anything.”

According to Brantford Youth Pride organizer Alie Karpis, the open-mic marks an era of change for the Pride community in Brantford. “We were the last city in [southern] Ontario to recognize Pride,” said Karpis, “So we’re trying to bring the youth into it.”

Brantford Pride’s youth organizers look forward to the prospects of hosting more LGBTQ youth friendly events in the near future.

2014 marks Pride’s fourth year in Brantford, and organizers are aiming to promote a culture of community and visibility for LGBTQ people living in the area.

“Happy being me is our theme for the year,” said Pride coordinator Tara Buchanan, as Brantford Pride has teamed up with the St. Catherine’s company Happy Being ME to help promote health and well being amongst Brantford’s LGBTQ population.

“The reason I like this so much, is because, any LGBT campaign is usually basically saying ‘we’re here, and this is what you need to know about us,’ and it’s always like it’s fighting for something, instead of just saying ‘we’re happy’,” said organizer Christine Wildman.

Brantford Pride’s objective is to create a space beyond tolerance in Brantford, and open a discourse for acceptance. “In a community like Brantford, it’s so small, and we really are just beginning to be able to have events, even still we have a lot of community members that are afraid to come out and walk,” said Wildman.

According to Buchanan, Pride is growing every year in Brantford. Adding the youth event to their schedule, and with local sponsorship from corporations like SC Johnson this year, 2014 is Brantford Pride’s biggest year yet.

This year SC Johnson, City Hall, Brant Family and Children Services, and many other groups around town will fly flags during Pride Week in solidarity with Brantford’s LGBTQ community.

“It would be great if Laurier would fly a flag,” said Buchanan, “we’re working on it.”

Alongside the youth open-mic, Brantford Pride will be hosting a City Hall flag raising ceremony, church service, Walk with Pride event, Pride in the Park, and a Pride Celebration Dance.

All pride celebrations are open to the LGBTQ population and allies in the Brantford community.

“Each year that we are able to put a Pride on is a huge accomplishment,” said Wildman.

1 thought on “2014 Pride Celebration in Brantford”