Brantford Pride is more than a march 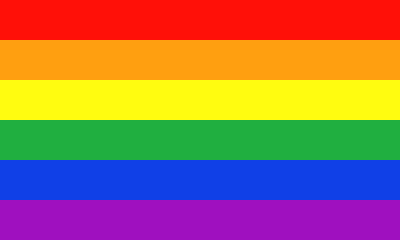 The festivities kicked off with the raising of the rainbow flag at city hall. LGBT community members and allies gathered at 100 Wellington Square to hear speeches from Mayor Chris Friel, Brantford Pride Committee Member Tara Buchanan and lawyer Mike Dow. The new chief of police Geoff Nelson was also in attendance.

Mike Dow introduced the year’s theme and said, “This year’s theme or motto is called ‘happy being me’ and a lot of people who grew up in the LGBT community know that in the beginning, it’s not necessarily happiness. It takes a lot of struggles and a lot of working together.”

Dow stresses the importance of community and inclusion, but mostly acceptance, of both oneself and others. He was also quick to dismiss the idea of a pride ‘parade’ or ‘march’. He states, “It’s not a parade. It’s not a march, like an ‘anti-something’ march. Let’s just walk with our heads high and show people that we are happy being ourselves.”

Mayor Chris Friel joked about how a member of the community tried to run to him over to make a request to raise the flag during the last election. He states that since the first flag raising four years ago, community residents have said “’For the first time in my life, I feel like I’m a part of Brantford.’ For me, I’ve always felt that way … it was an absolute no brainer to say ‘everybody should feel like they are part of the community we call home.’”

Mayor Friel discussed how some people may be self-conscious about their difference, but asserts, “You are who you are, and we love you for that.”

Another aspect of Brantford Pride, that may not be as well known as the infamous walk, was the Pride service held at Heritage United Church. The service was lead by Rev. Helen Prior and Rev. Dr. Barry Pridham. Everyone congregated in the chapel for an hour of prayer, song, and marching. The service revolved around inspirational passages and messages directed at maintaining an inclusive society, as well as outlining some history of the struggles and achievements of the LGBT community.

Rev. Helen Prior told the group about how people used to march with fear, “… they had fear of being outed to families or losing their jobs. I remember my first pride parade, I was one of those people that had a little bit of that fear.”

Rev. Helen talked about how she thought that gay marriage and acceptance in general might be something that would happen in a century, but revels in the fact that it didn’t even take half that amount of time to make great strides in the LGBT community.

Succeeding the church service was the walk to Mohawk park and an evening full of music and celebration. Brantford has come very far in celebrating its gay community in the past four years, and will continue doing so for the years to come.

As Dow stated, “I think generations to come won’t even identify themselves as gay or straight or trans, it will just be ‘you’re my colleague’ or ‘you’re my brother.’”