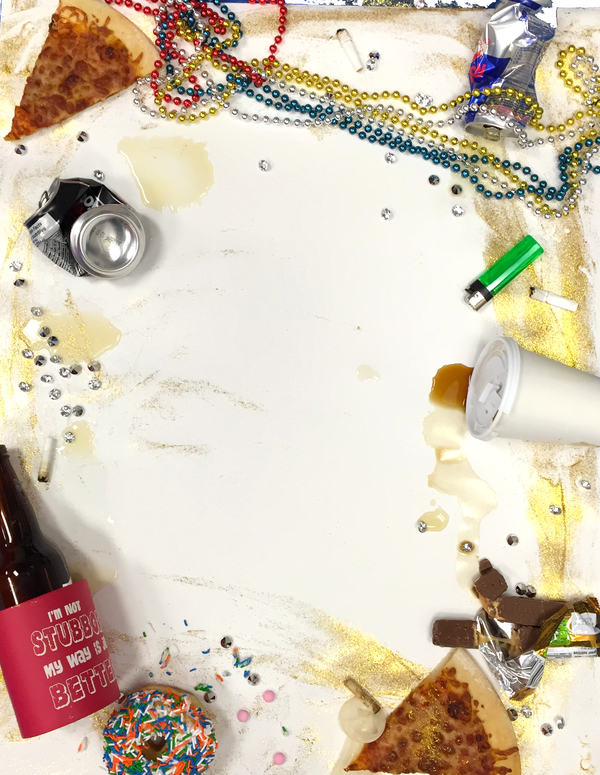 As I write this, there are nearly half a dozen police cruisers surrounding the window of my office in Grand River Hall. An alleged robbery has occurred at the Scotiabank across the road.

My office has a great view. I like to watch cold people try to light their cigarettes with gloved fingers as they wait at the bus stop. I also like to watch the little acts of road rage that occur as people fight over coveted parking spaces near the library. The sounds of horns blaring is the music that fills my day.

February is cruel because we have reached that bloated halfway point in our semester, and my god, reading week just wasn’t long enough. The weird weather has allowed the snow to melt and reveal the litter we have hidden underneath it, forcing us to be hyperaware of where we tread in order to avoid stepping in the inevitable piles of long forgotten dog turds. February sucks.

These cold, stressful, February days in a town that doesn’t often appear to have anything to do, forces us to be seduced by our vices. Maybe you’ve noticed that you’re skipping class after spending the entire night and early morning with Scully and Mulder, or curbing your stress with a strong cup of coffee and some drags on a cigarette? Or, perhaps you’re getting jealous of your peers who appear to have more free time, or you’re pacifying your gluttonous nature with a big fat Admirals Junkpile? Maybe you’ve noticed your taste for craft beer has started to be met with a slight beer belly, or that your cards are being declined after that last shopping bender? It’s okay, it’s February, and temptation is everywhere (really though, we’re wandering an urban campus that is sandwiched between a strip club and a casino).

It’s fine to be stressed out, and it’s okay to need a day or two inside of a blanket fort, guzzling Ben and Jerry’s, while you Skype with your cat. Not every day has to be a productive day, and self care is vital. Take a rest, be a little hedonistic and get testy with your vices.

Just don’t let the February blahs get the best of you. Go for a walk, meet up with a friend, call your mom or read a new book. If you’re really struggling, please do not forget that there’s a wide array of resources for you on campus. Check out the Wellness Centre, visit the prayer room, call Peer Connect (1.866.281.7337) or reach out to Healthy Lifestyles.

So yes, we are trudging through the mess that is the final days of February. The local trails haven’t dried up enough yet to be pretty, the river is still too afflicted by winter to be “safe,” and the midterms for some reason haven’t stopped yet. You’re not a bad person for wanting to dodge the blows of this cruddy month, so don’t feel guilty for hitting up NV a little harder than usual, a minor slip in your grades or for sleeping in too long. As helpful as chugging energy drinks to power through an all-nighter may seem in the moment, don’t forget that there’s more than just your vices to help you get by.