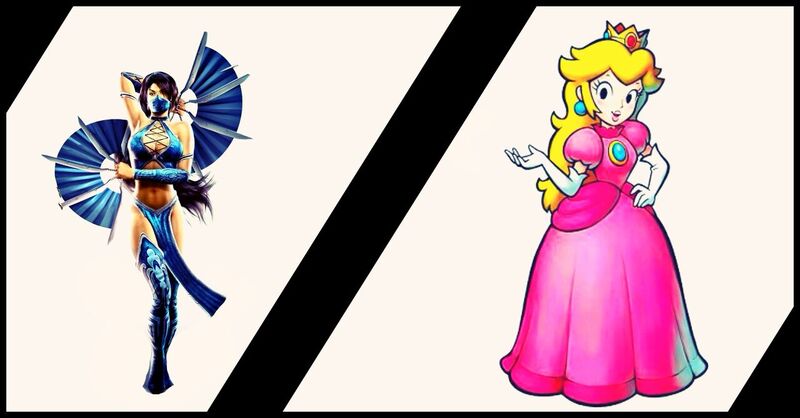 With the ever-growing popularity of video games, and increased amount of accessibility on various platforms, rather than acknowledging their largest demographics, unfortunately, the video game industry predominantly seems to ignore one of their biggest demographics, women.

According to research done by Statistics Portal, as of 2015 44 per cent of the gaming community is female, down about four per cent since 2014. While it isn’t the technical majority, research shows that women make up a large percentage of the video game industry, and provide a massive market for producers to advertise to. That being said, games like Mortal Kombat that represent women as sexual objects prove that there’s a massive push against the female market.

In its roster of ten characters, the original Mortal Kombat only featured one female, Sonya Blade. Moreover, Sonya Blade is depicted in tight green spandex and massive breasts. Considering Mortal Kombat came out in 1992, it’s not surprising that the series isn’t attempting to win over a female audience with proper representation. That being said, the series has continued, with its newest release, Mortal Kombat X, being released in 2015, and hasn’t shown much growth in terms of female representation. Characters like Kitana, Mileena and Tanya are still portrayed in scantily clad clothing, with large breasts and thin waists.

While more revealing outfits are fine to wear, it should be the choice of the women; however, Mortal Kombat is meant to be a fighting tournament, and wearing outfits without any protection, that reveal more skin are impractical, proving that these characters are meant to titillate the heterosexual male players, and sexualize women.

Mortal Kombat isn’t the only game guilt of sexualizing or misrepresenting women. In fact, many M-rated games treat women as props or distractions. The Grand Theft Auto franchise is infamous for the players free ability to easily find strip clubs and prostitutes to receive sexual favours from them. Not only does the game play on appeal of voyeurism when allowing the player to partake in sexual acts, but also encourages violence against women, specifically sex workers, by allowing the player to brutally beat and murder these women in a variety of ways.

Both Grand Theft Auto and Fallout: New Vegas take this violence to the next level. When players kill someone in GTA, they receive money. In Fallout: New Vegas, players who murder prostitutes gain infamy, and depending on how the player wants their game to go, this, like the money in GTA, is a reward for killing sex workers.

With such an expansive demographic and large market of female consumers, the video game industry should learn to evolve socially. They need to adapt to the expanding female market by toning down their sexualization and violence towards women, if not for the sake of social sensitivity, than for profits.