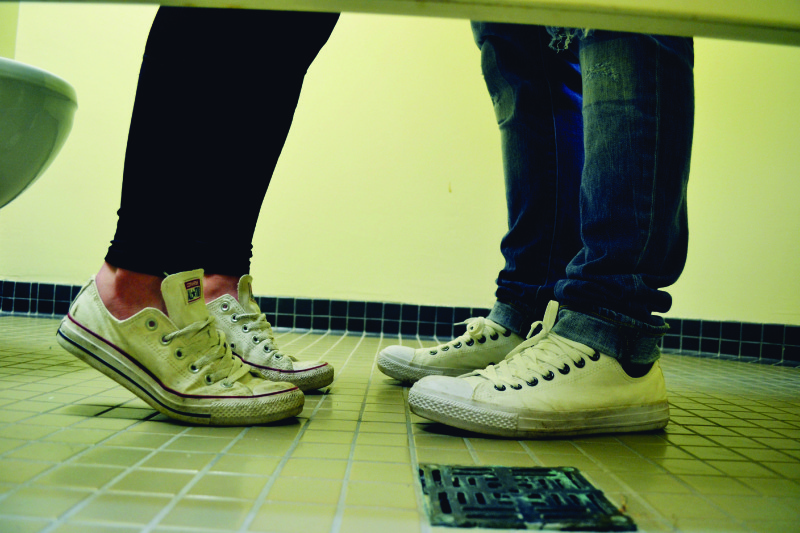 Hook up culture on university campuses is seemingly more prominent than ever. While every student has their own definition of what a hook up looks like, there seems to be an agreement that casual sexual encounters are becoming more and more commonplace. As described by Laurier Brantford student, Aleena Habib Khan, “I think hook up culture is a norm because everything we are surrounded by encourages sex. Whether that be music videos, the lyrics of a song, movies, TV shows, advertisements, or of course, social media. University students are constantly exposed to all of this.”

The internet has played a large role in making casual sexual encounters accessible. With apps like Tinder, Grindr, or DOWN, finding a casual partner has never been easier. Some websites also make it easy to find no-strings-attached venues for causal rendezvous. One site called, CruisingGays, advertises local spots in Brantford where members can meet strangers for anonymous hook ups. One of the hook up spaces that has been advertised on the site since 2007 is a campus building. The ad states the following information, “Washrooms on the [first] floor in Grand River Hall, the ones near the lounge area, not the elevators. Washroom is pretty big and usually empty.”

In November 2015, website Narcity Toronto posted a video to YouTube called “Top Places to Bang (Wilfrid Laurier),” in which students on the Waterloo campus were asked to point out their ideal spaces to have sex on campus. Students overwhelmingly agreed that the best place to get it on would be on the bench next to the statue of Sir Wilfrid Laurier.

Alyssa Durant, a second year student explains, “While there are some dangers, for people that are just looking for a quick sexual encounter, hook ups are the easiest way to satisfaction. If people are looking for a one-time thing, doing it in public with a stranger is safer. That way, no one knows where either party lives, what they do for a living, etc…The less information they share, the better”.

While most coordinated sexual encounters occurring in public are consensual, there are still legal and safety risks associated with sex in public. Sex in public is a criminal offence and participants risk being charged with public indecency which can result in fines or jail time.