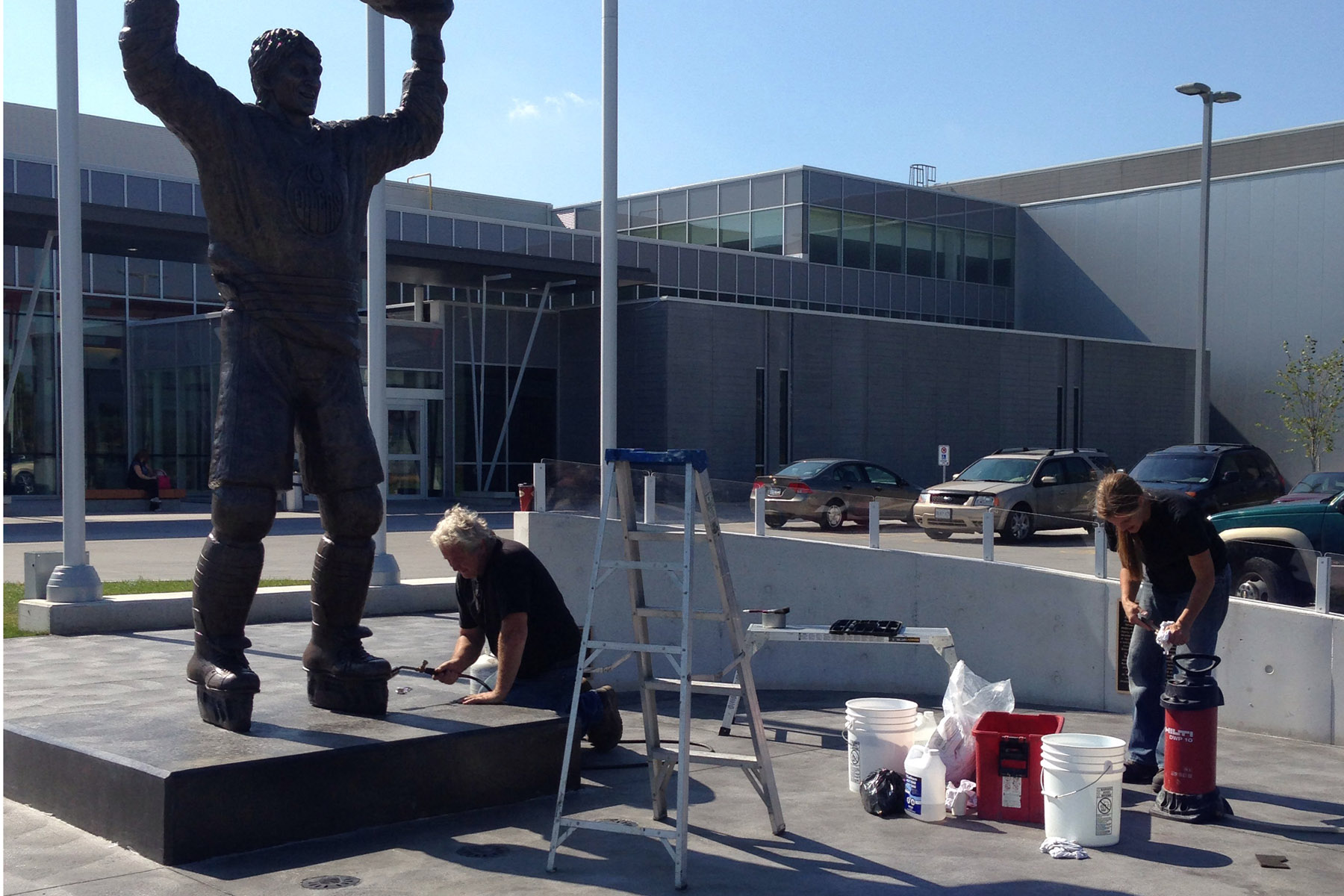 Brantford’s newest landmark was vandalized around 1 a.m. on Tuesday.

Vandals defaced the statue depicting Brantford hockey hero Wayne Gretzky and his parents, Walter and the late Phyllis Gretzky, with blue paint during the early hours of the morning.

The statue, donated to the city by The Gretzky Project, was revealed to the public on Sunday September 29 at the opening ceremonies of the newly renovated Wayne Gretzky Sport Centre facility.

“When I came in this morning, I almost cried,” said Sharon Sayles, marketing coordinator for the parks and recreation department of Brantford.

Sayles said that she, Len Offless, Gretzky Project co-chair, and Mayor Chris Friel spent hours cleaning blue paint off of the statue with toothbrushes this morning.

“For it to be vandalized is very upsetting. We worked so hard on Sunday and we’re all so proud that we have the statue, and proud of what it means to the [Gretzky] family.”

The Wayne Gretzky Sport Centre’s surveillance cameras captured images of the vandals, and city police are currently investigating the incident. Anyone with any information about the vandalism is asked to contact the Brantford Police Department.