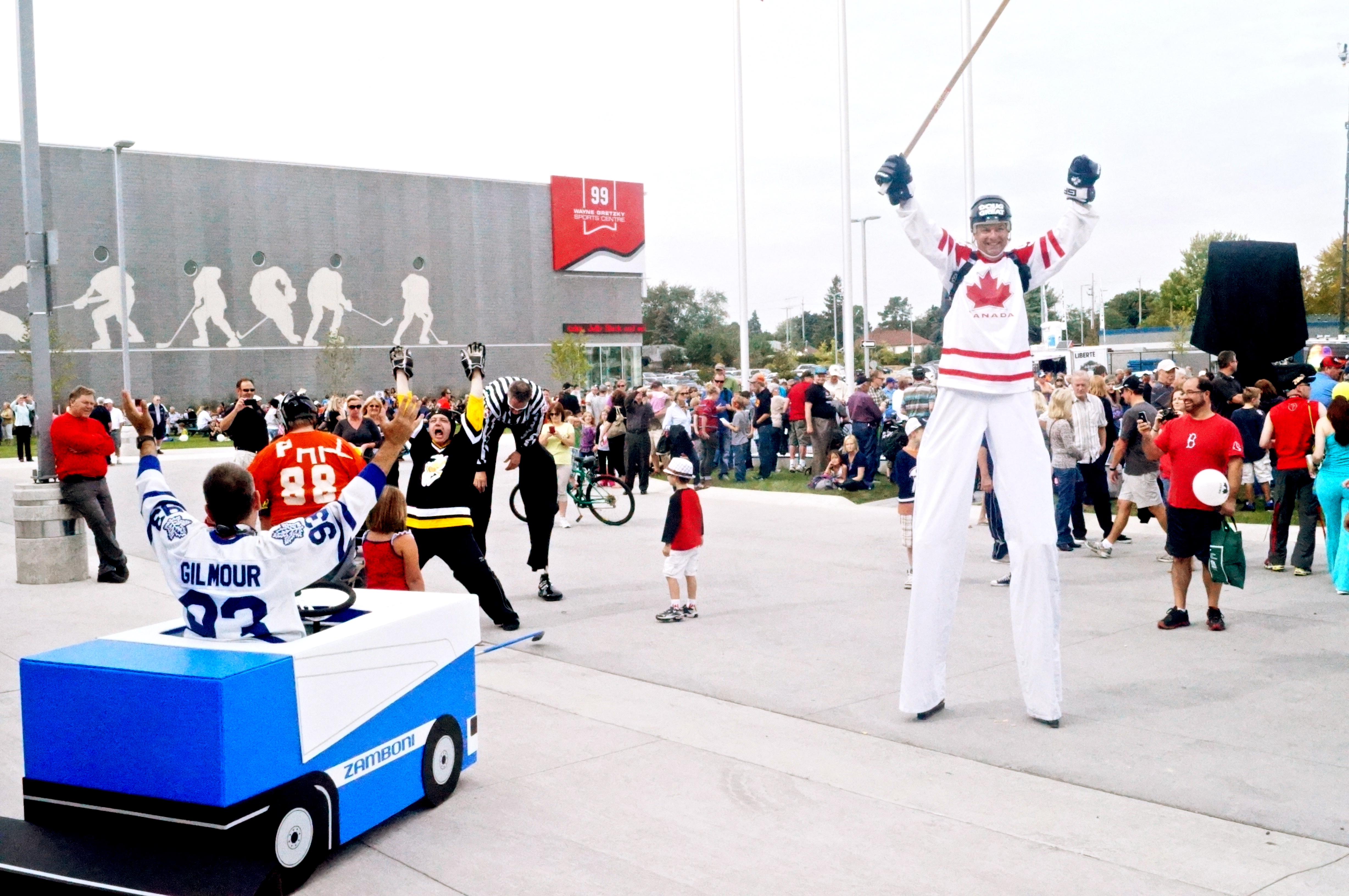 Thousands gathered as the star returned home to mark the grand reopening of the Wayne Gretzky Sport Centre. “This is really something our family is very proud of and something that will be here for a long time that kids can enjoy,” said Gretzky after participating in the ribbon cutting ceremony.

“I thank everyone in Brantford for everything you’ve done for me and my entire family.”

Along with the celebration of the four-year, $64 million renovation, the event aimed to commemorate the naming of Walter Gretzky Boulevard, and the fulfillment of The Gretzky Project – a fourteen-foot set of statues honoring Wayne Gretzky and parents, Walter and the late Phyllis Gretzky.

Gretzky project co-chairs, Len Offless and Barry English said their idea for the statue started as a drawing on a napkin. “The vision that Len and I had for this is almost identical to the vision our fantastic, amazing artist Brad Oldham brought to life,” Barry English told the crowd at the piece’s reveal. “It’s always been about family. The role family plays in making our children what they can be tomorrow.”

Throughout the ceremonial afternoon, the crowd was privy to musical entertainment that included a performance by Juno winning artist Jully Black, Ferris wheel rides, food-truck cuisine and guided tours of the new sports complex.

The renovated facility includes a new 4-pad arena, with seating for over 1,000 at the main rink, and a new 25-metre pool and a hydrotherapy pool. The centre is also host to a modernized fitness studio, fully equipped weight room, a dry-land training room, Brantford’s largest indoor track, a gymnasium, a football field and waterslide.

The aim behind the renovation is to provide the community with more access to sports and recreation, said Brant MPP Dave Levac. “Hundreds of children will get to reap the benefits of the decisions of adults in our community.”