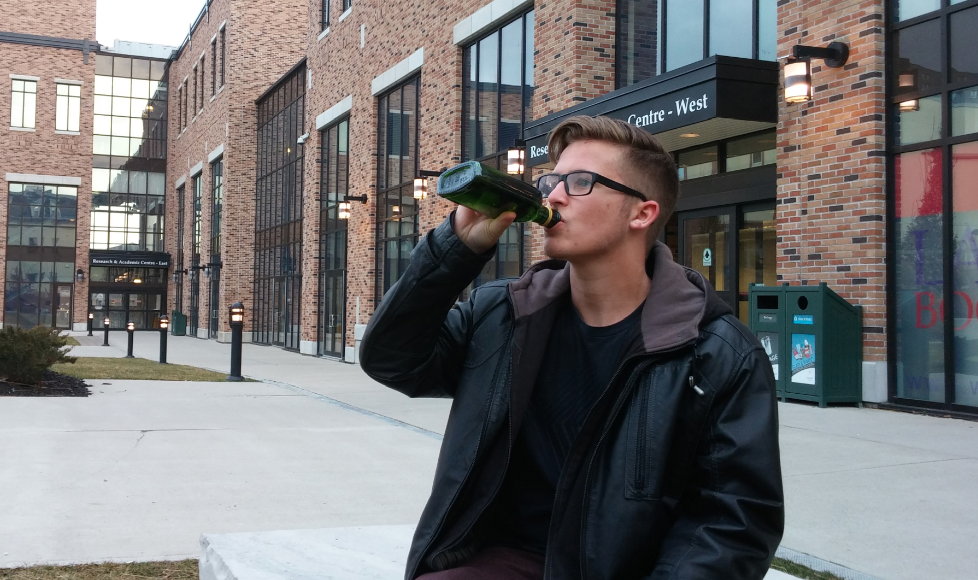 It should come to no surprise that every university has its own campus culture, but drinking culture is much more unique.

At the Laurier Brantford campus, Nelson parties, hitting up NV, and the odd student popping molly are some of the more common sights any given week. But that’s obviously not what students on the main campus are up to. With a bar built into their campus, their student body being enormous in comparison to Brantford, and the size of the city they’re in, students on the Waterloo campus have a lot more choice when it comes to what to do on any given day of the week.

“Well I was going to go to Laurier,” said University of Guelph student Tyler Russel, “but visited a friend in Guelph and partied for a weekend, instantly changed my acceptance; basically fun times brought me to UoG.”

“There’s always something going on man,” said Western student Brian Foster. “Dollar beers on Monday, Jack’s on Tuesday, Rick’s on Wednesdays, Taphouse on Thursdays, Ceeps and rez on Friday, Saturdays is a shitshow downtown and rez. And Sunday is for hangovers.”

But depending on location, school drinking culture can change up a lot. With Quebec having a lower legal drinking age, a lot of CEGEP students (pretty much the same as college but tuition is dirt cheap, Google it), are already drinking and have been for two years by the time they’re in university. This makes drinking culture in Quebec much different than the kinds you find in Ontario. Also, since the legal drinking age is 18, in Quebec many campus club events and fundraisers, are held at bars and clubs, which has an impact on people’s party experience.

“I haven’t heard of any Conestoga specific parties unless they are held by the school,” said Mackay, “but I probably just run with the wrong circle to get invited to any of them. Our program had a few parties but I didn’t go to them, and as far as I know the parties within my program were clean.  It’s almost a subculture, we’re very divided because a lot of people dislike our program. Most people don’t care but we’re the target of a lot of negative posts on our school’s spotted page.”

The only constant that can be seen between types of drinking culture at different schools is that different cultures can draw in different students.