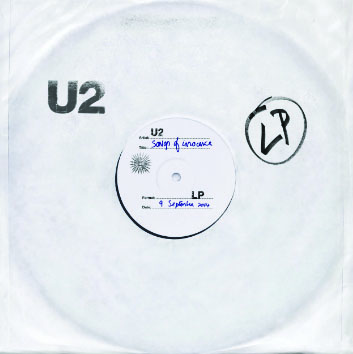 I do not consider myself a huge U2 fan. Like everyone, I have certain songs that just get me every time, and I respect everything they have accomplished and their place in the all-star band hierarchy. 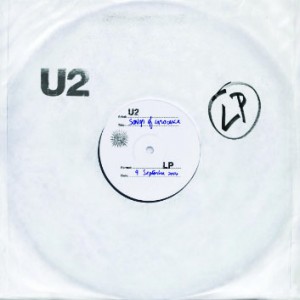 But I have just never been able to get into their sound on a constant basis; there is always something that throws me off. Either way, when Apple announced they would be releasing their new album for free as part of their iPhone 6 launch, I was intrigued, and had to check it out.

The result is I was pleasantly surprised. I know it was not received as highly as some of their more recent albums by diehard fans, nor did critics have anything remarkable to say about it, but it left an impression on me almost as if it was on purpose. Bono said this was not a concept album, yet there was definitely a theme to this CD, one of beginnings, of nostalgia, of everything that is pure in our world and lives. It is rumoured that a follow-up CD, “Songs of Experience”, will be out in the near future, which further highlights the ideas of Innocence.

What I keep comparing this album too is Coldplay’s newest, “Ghost Stories”. Both albums are relatively lacking in any huge chart-toppers, or catchy anthems, but both tone things down and reveal a relaxing listen. They both have valuable things to say, although the records are birthed from vastly different origins (Ghost Stories’ themes stem from heartbreak and the end of something great leading to the beginning of something new).

The CD starts off with three mid-tempo tracks, of varying positive vibes. “The Miracle (of Joey Ramone)” brings us that classic U2 sound, and is a tribute to Joey Ramone, who Bono credits for his own vocal inspiration. “California (There Is No End To Love)” has that familiar theme of personifying the beautiful state, and lines like “I’ve seen for myself there’s no end to grief, that’s why I need to know that there is no end to love,” remind us that the band is ultimately always focused on love and higher callings, that no distractions and problems on Earth should distract us from love’s power to ease the pain.

Next are two really heartfelt songs. “A Song for Someone” is a message of hope, to always hang on and always stay true to what’s in your heart, while “Iris” is an up-beat song about Bono’s mother, who died when he was a boy. It is a beautiful tribute, as in the lyric “I’ve got your life inside of me,” and while not quite tinged with regret or sadness, Bono takes us through some old memories to show us the effect she has had on who he is today.

The last half of the CD adds some innovation and originality to the mix. “Raised by Wolves”, possibly the strongest track on the album, built perfectly with unique sounds, and then adds a searing chorus that will be in your head for days. The songs continue to groove one after another, making you want do dance and sing along, until “Sleep like a Baby Tonight”, the most distinct song. It’s unconventional sound for a U2 song grabs your ear, and Bono’s voice takes over. His use of the upper register here is magical, as he sings: “Hope is where the door is, when the church is where the war is. Where no one can feel no else’s pain.” This song perfectly captures the idea of innocence, and of the whole record.

Overall, it is a great record, they’re best in years. And while the band may be getting some flack, it is not about the CD, so don’t let that stop you from checking it out. It is free, after all.