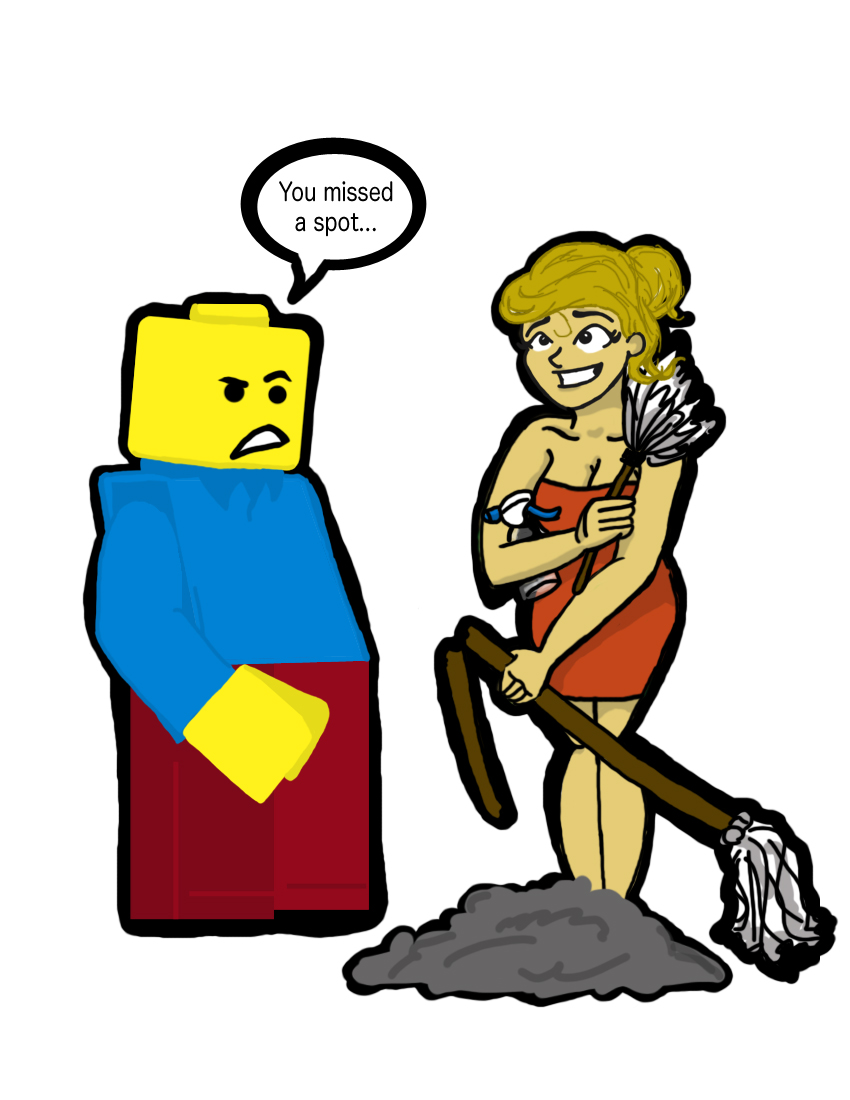 “When I was growing up, my parents were very set on giving me toys that were very female-dominated … they didn’t really encourage me playing with ‘boy toys.’”

Yet Garcia’s nine-year-old brother is growing up with a more gender-neutral perspective on toys.

“My brother goes with his own gut. If he wants to play with something he will play with it, regardless of [the stereotypes],” said Garcia.

Natalie Kouri-Towe is a lecturer of Gender Theories and Culture at Laurier Brantford. She said the gendering of toys mirror society’s ideas of gender difference.

There are implications that come as a result of categorizing toys by gender.

“If toys and play are the main way that children develop [their experiences] … they are learning pretty specific cues about how they are supposed to be gendered,” Kouri-Towe said.

“When we start so young clearly delineating that this is what masculinity means and this is what femininity means, it gives kids this really static conception of who they’re able to become,” she said.

Domestic roles are promoted through cleaning kits and grocery baskets for girls and work-related toys such as doctor or police kits for boys.

Oliver said the levels of toy marketing are invasive due to transmedia, the idea that a story is told using many media platforms such as print and television.

“Toys are becoming a franchise … it’s really insidious, both the drive towards consumerism but [also] consumerism in a very gendered way,” she said. “The marketing of toys is as gendered as the toys themselves and I think that it’s reflected in our larger society too.”

“We see that as people grow up and become adults they do take on less normative gender roles but it’s harder to do as they haven’t been encouraged to do this [while growing up],” Oliver said.

Kouri-Towe said children develop experiences of shame or self-regulation as part of the larger processes of learning social norms around gender difference.

“[Children] start to self-censor the activities they do in order to fulfill the gender roles that are circulating through popular culture or advertisements of toys or even their relationships with their families or in schools,” shesaid.

“I’m not sure that there are so many people making a fuss about [the gender stereotyping] aspect of toys … if people were a little more active and politicised around it things would probably change.”

Kouri-Towe said that corporations create a market for consumption of their products.

“By creating gendered toys, you can produce more objects to be purchased and circulated. For example, you can sell double the number of Legos because boys and girls get different [coloured] Legos.”

Oliver said children should be able to make their own choices when it comes to toys. As Garcia’s younger brother illustrates, children are capable of making decisions.

“Kids are a lot more savvy than we think they are,” Oliver said. “Recognizing that kids also have agency and choices to make and letting them be a part of the conversation [is positive] rather than just assuming [what is good and what is bad for them].”