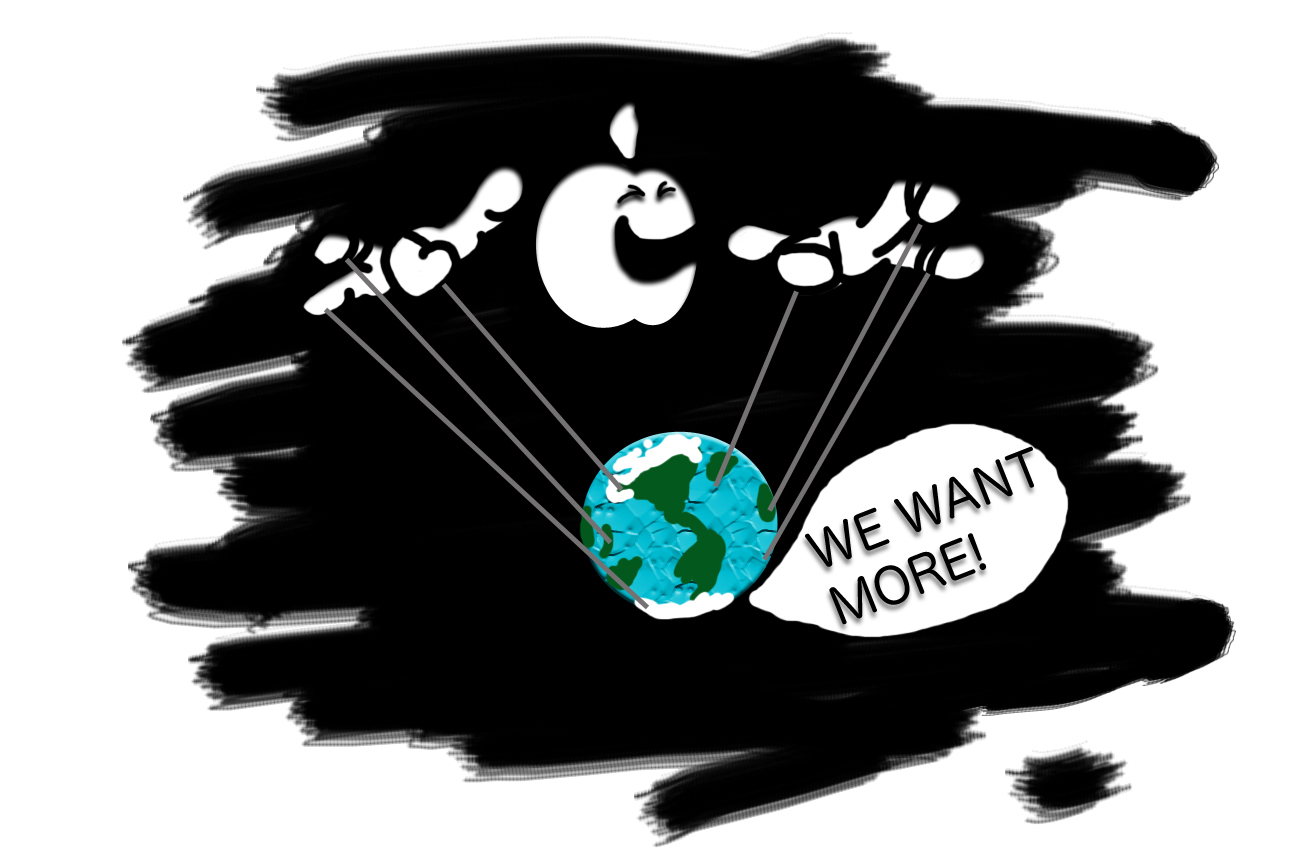 The iPhone 6 is here people! So is the Apple Watch, and now our lives are going to be so much better! I’ll cut the sarcasm here for a brief disclaimer. I am not just here to bash Apple and the millions of followers who believe that Apple is the only way and every other product is inferior, and how dare anyone else try to tell them that the Samsung Galaxy 4 is a good phone. But rather, it is a look into the Apple marketing train, and how it has shaped culture and consumerism in our lives.

The iPhone 6 was hotly anticipated and rightfully so. Apple is still a respectful innovator of technology, and the world wanted to see how they would respond to the growing model of big Android phones. The Android user has been saying for years that the iPhone was going big; the iPhone user would say no I don’t want my phone that big. They would make fun of people carrying a tablet in their pocket, or holding a laptop up to their ear. Yet here the big wigs at Apple were unleashing their new phone, a big, rectangular, Android looking thing. It is not just them playing catch-up; they have a new predictive text feature, wow! However, Android has had this feature available for years. They released a sweet new watch, wow! But you do need a phone in your pocket to use it. If the phone basically eliminated the need for watches, why can’t the new technical watch replace the need of the phone? Otherwise I would rather still wear my cool brown Guess watch that I bought from the Bay and goes great with my outfit.

All kidding aside, smart-phones are amazing things. The stuff they can do was unheard of even just four years ago. And if you love your iPhone, that’s awesome, and if you love you’re Sony Xperia, that is okay too. But there should not be any status involved with which phone you buy. There should not be any of us against them. Nobody really cares any more if you have a PC or a Mac, or if you have an X-box or PlayStation. But the phone debate is raging. With the recent iPhone reveal, one got the impression that Apple was really going out of their way to assert themselves as number one, and trying to blow everyone away with how cool, big and flashy their company was. After all, the new Samsung Galaxy 5 did not have this big of a reveal and I think sales for that product are doing just fine.

What elevated this launch above all previous ones was the announcement that Apple would be giving away U2’s new album away for free. I am not a huge U2 fan, but I was ecstatic. This was the perfect way to get the average fan to listen to a CD they might not normally listen to. I thought it was great on U2’s behalf, and thought it was progressive of Apple. But then all insanity broke out. The CD automatically downloaded on iPhones and iPads, and people freaked out. What an invasion of privacy this was! Furthermore, a report came out that Apple paid U2 a huge amount of money, possibly up to $100 million, to release the CD for free. And that makes more sense, but it has caused people to look down on both U2 and Apple. And this is the most fascinating aspect of all this: people love U2. Nobody ever says anything bad about them, and if they do, they are lost amongst  the praise. But this is one of the few times that I can remember everybody being mad or upset at U2. Now the criticism is misdirected. People are not reviewing the CD as much as they are letting their frustrations with the band carry over to the actual music they made. But a light bulb has to go on in Apple headquarters when they can turn the public against both themselves, and U2. That just does not happen. I for one did not mind the promotion, and thought it was cool and daring by U2. If it is just a huge aggressive marketing push by Apple that is another thing, but I do not blame U2 by signing up.

I can guarantee that this caused everyone in both the smart-phone industry and the music industry to take a step back and consider what happened. We will not really know for a while if this launch and the U2 release was a success for Apple or not. Time will tell us if the iPhone 6 is a successful product, and if the huge, insane lineups in Australia are any indicator, it is doing just fine. But this seems to be a turning point in the tech industry business or at least in Apple’s business-plan going forward. Will they come back bigger and more controlling than ever, or will they look at these recent events and change their direction? After all, if recent phone sales are any indicator, people are becoming less and less interested in being told their social status is tied to what phone they own.