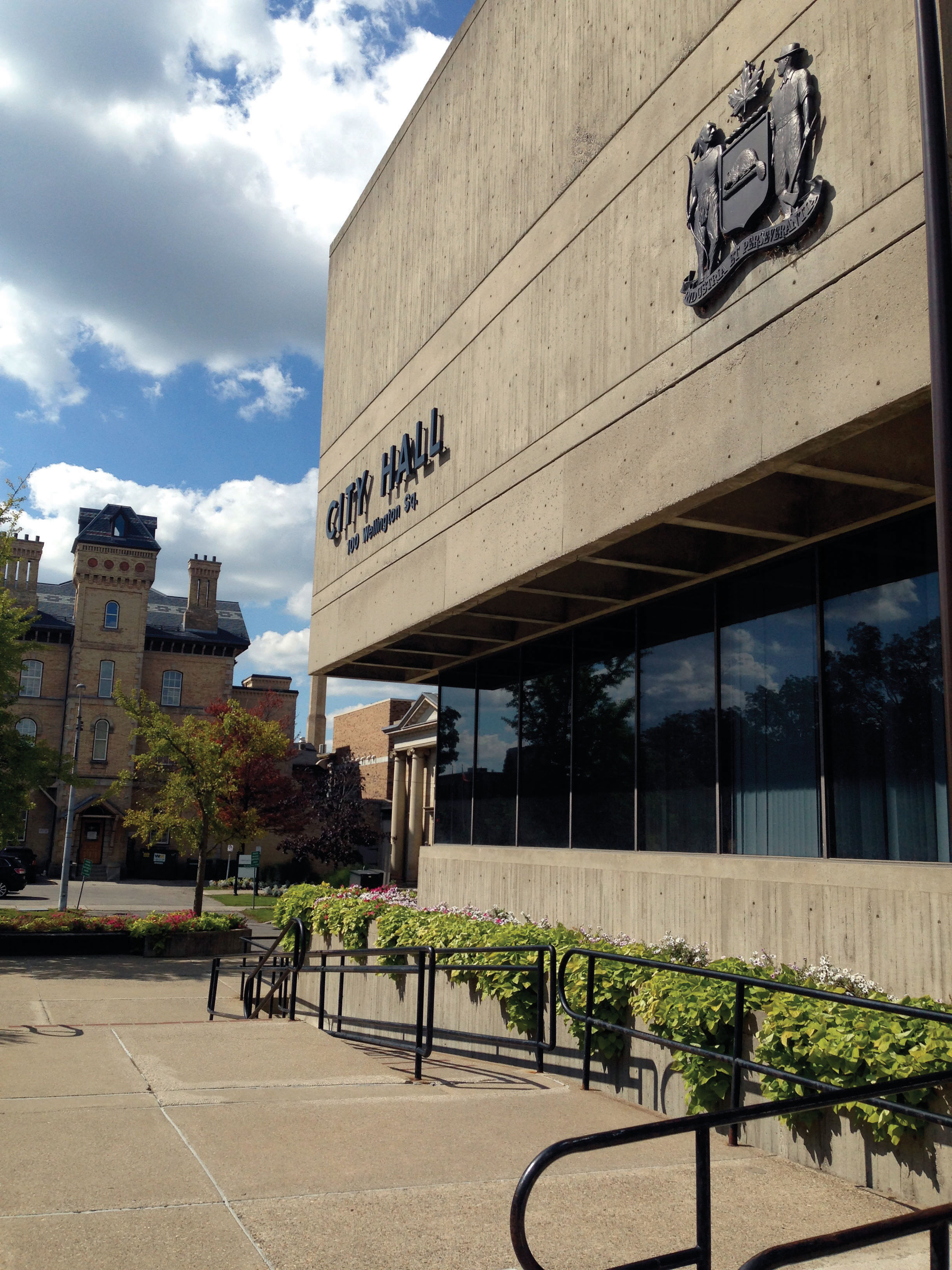 On September 12, the window of opportunity closed for community members wishing to vie for a contending position in the race for Mayor of Brantford.

Of the seven official candidates to be listed on the Brantford’s ballot, all are familiar community faces. Business owners, a teacher, a mayor contending for re-election, former city councillors, and the world record holder for the most election attempts – there is a lot for local voters to process when picking the name that will most efficiently care for their needs. 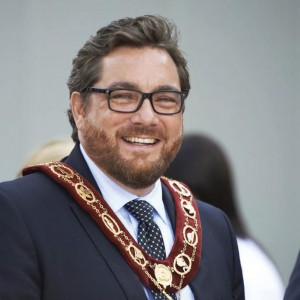 Candidate Friel is vying for re-election. With a combined thirteen years of mayoral experience, Friel believes that his hometown passion for Brantford makes him the ideal candidate. After serving as mayor of Brantford for nine years, Friel says he left politics to take on the private sector, only to return to the position of Mayor in 2010, “I returned in 2010 because local government, and particularly Brantford are what drives my thinking,” says Friel. Friel says he would like to continue to “diligently” work with Laurier Brantford staff and executives. “I was Mayor when we started Laurier Brantford,” says Friel. He cites his commitment to “space to offer a richer student life experience,”as a way in which he is contributing to student life in Brantford, as he was Mayor during the sale of land for Y-Laurier, and the sale of Market Square mall. He says that continuing initiatives like the Orientation Week Barbeque, creating a new way for the students’ union to communicate easily with the city and encouraging students to propose ideas to the City, are ways in which he will continue to integrate students into the Brantford community, if re-elected. Friel promises to focus on issues like job creation, developing a local culture of “100 mile diet”, implement SMART Brantford, and work towards bringing Go Transit to Brantford. According to his website, Chris Friel’s platform is not yet available. 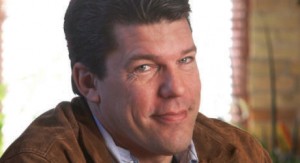 Candidate Vanderstelt, was born and raised in Brantford, and in his own words is a “Brantford boy.”  After representing Ward 1 for the last four-year term, he believes the greatest issues affecting the Brantford community are “respect, taxes, and transportation”. Alongside his wife, Vanderstelt runs a popular local artisan shop and restaurant called Serenity. Vanderstelt highlighted his commitment to conscious decision making while on city council, “I have been a consistent supporter of post secondary education in Brantford while voting against waste and mismanagement of public funds,” says Vanderstelt. In regards to his ideas for helping expand the quality of life for local students, Vanderstelt says, “My primary goal is safety,” promising to further implement safe neighbourhood tools like CPTED lighting, supporting and growing FootPatrol service, and installing WIFI in the downtown core to promote safe travel in the area, “As the student body of Laurier continues to grow and find accommodation well beyond a three block radius of Brantford’s core, we would initiate an open dialogue with students to solve the logistical issues of student safety.” Vanderstelt also promises to facilitate more convenient meetings with Laurier Brantford student representatives by hosting meetings at the Laurier campus rather than external locations, “I plan to visit students where they are,” says Vanderselt. 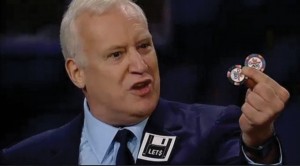 Candidate Turmel, a man sometimes known under the aliases of King of the Paupers, Banking Systems Engineer, Great Canadian Gambler, and TajProfessor, wants to be Mayor of Brantford in order to restructure the community to run on an independent local currency known as  “Brantford Bond Bucks” to adults, and “Bus Bucks” to students. In relation to students, Turmel’s concept lies in the idea that youth would perform work tasks around the city for bus tickets. Turmel cites Argentina’s bank crash in the 1980s as his inspiration, as the country used bonds to pay citizens. Turmel promises to create a local timebank baby-sitting network. Alongside his degree in Structural Engineering, Turmel holds the world record for the most election attempts, and is known for his signature white hard-hat worn while campaigning. Turmel is particularly notable for bringing his concept of “Brantford Bucks” to the television program Dragon’s Den, and later launching a libel suit against the program. In regards to his plans for Laurier Brantford’s students, Turmel told the Sputnik, “There could be a nasty winter coming up and gangs of students clearing driveways after the snow-plows pass may really be needed. I’ve written other ward candidates to ask if they would support paying students with Bus Bucks credits at $12 Bus Bucks/hour … I hope we don’t have to shovel out the snow-drifts in our driveways this winter.” 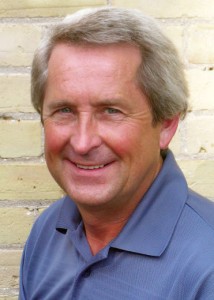 Candidate Littell has lived his whole life in the Brantford community. Having served on city council for the 2006-2010 term, Littell told the Sputnik that he helped to oversee plans for the development of the Laurier-YMCA, and lead the team that demolished buildings on the South side of Colborne Street, to make room for the future facility. A business owner, Littell has operated a promotion supply and party supply business in Brantford for over twenty years. Littell believes that developing the downtown core is imperative to Brantford’s future success, “As my family grows and my sons look to build their careers in Brantford, it is important to me that they have a downtown and thriving services and amenities for their families and businesses.” If elected Littell would like to see more accessible, and affordable parking come to the downtown. Littell highlighted that he had worked on the concept of construction of a bridge from Colborne Street to the Grand River; he believes this would help better integrate students with local culture, and local assets like the river. Littell would also like to increase inter-city transit in Brantford, as well, he would support an increase in the amount of entertainment, restaurants, and markets developing in the Brantford community, “What is positive for the community is also positive for the students and for our businesses and services,” says Littell. 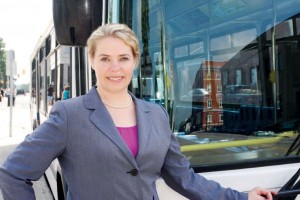 Candidate Kaye is a local activist, who served on the city Brownfield Site and Trail Committees. Passionate about local services, Kaye would like to continue to act as a “voice for the ‘voiceless’”, if elected Mayor. As a teacher, Kaye advocates for “life long learning”. Kaye told the Sputnik that she encourages students in Brantford to get out and see all that the community has to offer.  In regards to Laurier itself, Kaye says, “We’re glad you came.” Improving public transit services, and making parts of the city more accessible to students is amongst her priorities. 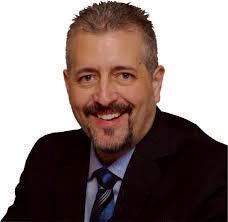 Candidate Wrobel, a thirty-year Brantford resident, has served for three terms as a local city councillor for Ward 4. According to his website, Wrobel teaches skilled trade and engineering technologies at Mohawk College, is a member of the Kinsmen Club and the Branlyn Neighbourhood Association. Wrobel’s platform defines its pillars as “teamwork, integrity and community.” His platform currently makes no mention of Laurier Brantford, or the student community. Wrobel’s online platform is incomplete at this time, and does not include information in sections outlined as “value plan” or “economic plan”. Wrobel declined to speak with the Sputnik. 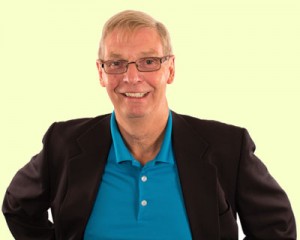 According to candidate St. Amant’s website, he has over thirty years of business and political experience, having served on many committees and boards. According to his website, “With Mike St.Amant, what you see is what you get: no hidden agendas, and no promises made to individuals or corporations.” Mike’s platform outlines key local issues as being the shortage of doctors in the Brantford area, the need to improve mobile scooter infrastructure in town, create a better working environment for temp employees, and recognize the needs of seniors. St. Amant’s platform makes no mention of students; St. Amant declined to speak with the Sputnik.