Time’s Up at the Golden Globes Awards 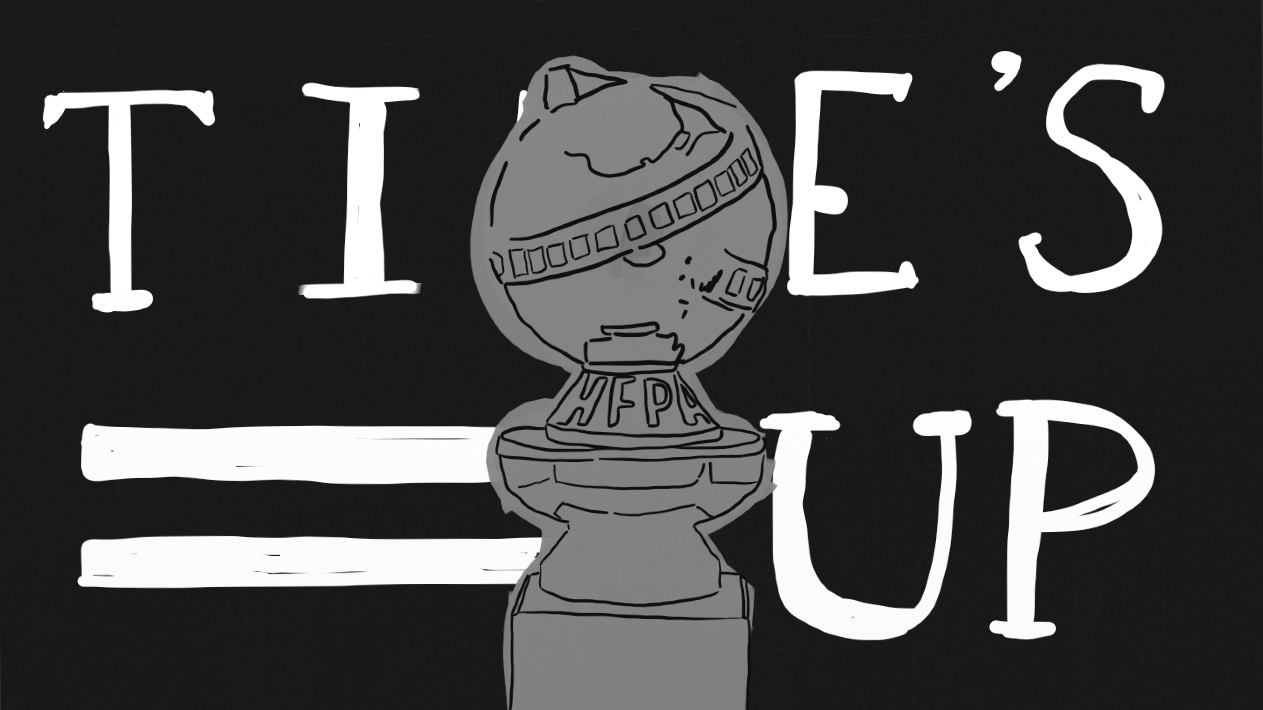 Over the past year there have been an increasing number of women in Hollywood and the world that have come forward with their stories of sexual harassment and assault. In addition to the many women’s stories, the Alianza Nacional de Campesinas, a national organization comprised of female farmworkers and women from farmworkers families wrote a letter to the women of Hollywood.

Alianza Nacional de Campesinas wrote a letter of solidarity to the women of Hollywood who had come forward with their stories against Harvey Weinstein.The letter that was published in TIME magazine, spoke about the assault and harassment that female farmworkers face while on the job. The letter was written on behalf of an estimated 700000 female farm workers in the United States and Mexico.

From this letter as well as the countless other stories, the movement Time’s Up was announced on January 1, 2018.

According to the Time’s Up website, Time’s up is a unified call for change from women in entertainment for women everywhere. It then continues, “Time’s Up addresses the systematic inequality and injustice in the workplace that have kept underrepresented groups from reaching their full potential. We partner with leading advocates for equality and safety to improve laws, employment agreements, and corporate policies; help change the face of corporate boardrooms and the C-suite; and enable more women and men to access out legal system to hold wrongdoers accountable.”

The Time’s Up organization has announced multiple initiatives that include setting up a 13 000 000 dollar legal defence fund that is administered by the National Women’s Law Centre that is intended to support lower-income women seeking justice for sexual harassment and assault in the workplace.

Time’s Up also advocates for legislation to punish companies that tolerate persistent harassment, a movement toward parity in studio and talent agencies, and most widely noted, the call for women on the red carpet of the Golden Globes to wear black and speak out about sexual harassment and abuse.

Almost every single person in attendance at the Golden Globes, including people hosting the red carpet wore black. In addition to their black attire, some people chose to wear pins that said Time’s Up.

Some celebrities brought activists as their dates. Instead of the usual red carpet coverage, the women of Hollywood introduced their guests and allowed them to speak about their causes and organizations.

According to The Guardian, Laura Dern was accompanied by Monica Ramirez, the co-founder and president of Alianza Nacional de Campesinas.

Michelle Williams brought Tarana Burke, the founder of Just Be Inc, which is an organization that is focused on the health, wellbeing, and wholeness of young women of colour.

Emma Watson brought Marai Larasi, the executive director of Imkaan which is a UK based black feminist organization that helps to prevent violence against marginalized women.

Susan Sarandon attended with Rosa Clemente, a community organizer, journalist, and president and founder of Know Thy Self Productions which consults on issues such as voter engagement among youth of colour.

Meryl Streep brought Ai-jen Poo, who is co-founder and the executive director of National Domestic Workers Alliance, as well as being the co-director of the Caring Across Generations Campaign, which tries to ensure access to affordable healthcare and quality jobs for caregivers.

Shaailene Woodley was accompanied by Calina Lawrence, an artist and musician who uses her work to address misrepresentation of Native Americans.

Many other actors and actresses highlighted the injustices both in and outside of the industry while on the red carpet.

Throughout the evening majority of acceptance speeches gave shout outs to the Time’s Up movement, including Oprah Winfrey while accepting the Cecil B. de Mille award.