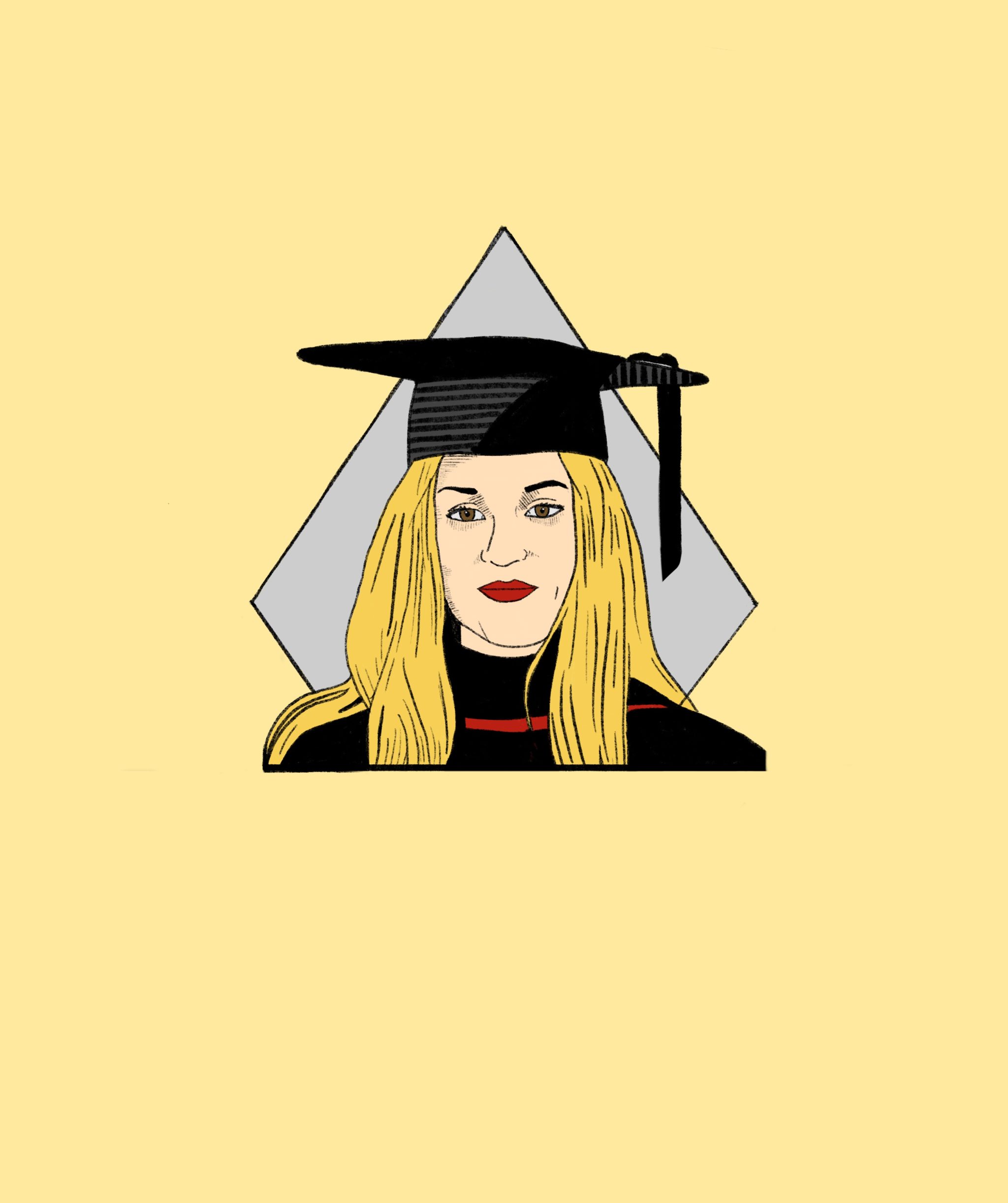 Laurier Brantford’s first ever musical theatre production will be taking place on January 25 at the Brantford Collegiate Institute with their take on “Legally Blonde, The Musical”. After last year’s cancellation, the theatre club is looking to make a comeback and show Laurier that they are serious about musical theatre.

The show’s director – who also plays the part of Paulette – Mila Menna, a third-year English student started the production, trying to fill the need for more theatrical opportunities like the ones she had growing up.

“As a kid I did a lot of theatre camps and stuff and throughout high school, so I’ve always really loved theatre and I was sad to see that there wasn’t anything at the campus in terms of musical theatre, combination of dance and acting and singing,” said Menna.

Looking for a closer connection to the group of people she was working with, Menna wanted a club where she could express herself and have everyone involved feel similarly to her.

“I joined other clubs and stuff but I wanted to feel like the innate connection that people had with a musical because throughout my experience I feel as though everybody connects on such a deep level In way that I didn’t have with other clubs, so I wanted to re-create that…It’s important that feel like a tight knit group of friends and family,” said Menna.

The production has around 30 people involved who have worked together to create the set, props and backdrops. But the starting point to the musical and choosing which one to do came from a Facebook poll, where students were asked to vote for what they wanted to see. As students at a Liberal Arts school, they came to an agreement on “Legally Blonde”.  Elle Woods, the story’s lead character, was played by Reese Witherspoon in the film and will be played by Haedan Reid here at Laurier. The premise of the story is Woods trying to impress her ex by getting into Harvard law school and winning him over.

The theatre group will be putting on the official musical adaption of “Legally Blonde”, including the songs and script. The script itself actually isn’t very easy to get. The club must go through Musical Theatre International, where most schools would get their scripts, and has to pay a fee. This caused complications last year, which resulted in the cancellation of the group’s musical. Last year’s show would have been “High School Musical”.

“This year has been different mainly because of management and people taking on new roles. There are people within the student’s union that are very flexible and understanding with stuff and on it in terms of communication. It’s been really great to have their support with funding… Last year it was just timing because we didn’t have access to the scripts for a few months and we need to buy the rights first… So this year I was like, we are just [going to] read the scripts from online and then when they get the rights we will do it,” said Menna.

The cast has worked year-round, working and rehearsing for two hours each afternoon, two to four times a week. The bigger the role, the more hours the actors put in. To some, it may be too much of a time commitment, but to Haedan Reid, it was all worth it to have a group of people that were likeminded and determined to put on a good show.

“From a Laurier Brantford standpoint we are a fairly creative and social campus considering our two main faculties are human and social sciences and liberal arts, so I was honestly shocked when I found out Mila was the one who originated it… it’s just another outlet for students to express any creative needs that you may not get in the hard-hitting classes of psychology of crime and stuff like that but is still needed,” said Reid.

The cast and crew have put in many hours to create the production they are proud of. They want this to continue for future students, so they don’t have to worry about budget and letting something small ruin their creativity. Luckily, this year they were able to get a grant from the dean to help them generate funds for future years. This would include the costs of the scripts, props, backdrops and any other material that would help the group create a better performance.

“I’ve only been here for two years but the comparison between my first year and second year experience is defiantly very drastic. … I think that Laurier Brantford’s representation of art extracurriculars and things like that is most defiantly on the incline and improving drastically which is nice because it gives you a variety of interest for a first-year or a fourth-year or even a fifth-year [student] to pursue along with your education,” said Reid.

Menna also sees the benefit of having a smaller campus. Being able to find a group of people that can make you feel like you have a home away from home is very important to her, and having an extra-curricular that doesn’t involve schoolwork seemed like the right way for Laurier to go about letting art students express themselves.

“Coming here, it was a nice transition because I was looking for a smaller group of people but I did notice in comparison to my high school there are a lot less clubs and involvement and I think that’s also because so many students are commuters right…I always notice, there are creative things, in terms of residence and student’s union, I wish that there were more of course but hopefully in the future as we get more students and expand people will be more encouraged to do so,” said Menna.

Through their production, Reid and Menna hope to inspire other people to create creatively expressive clubs of their own on campus. Reid believes that allowing the musical theatre club to be a part of Laurier’s culture speaks wonders already for students creating their own art.

“Promoting what we have now sparks the interest in other students to start their own clubs and to promote what they find interesting, which I think is a huge part as to why it’s on the incline..,” said Reid.