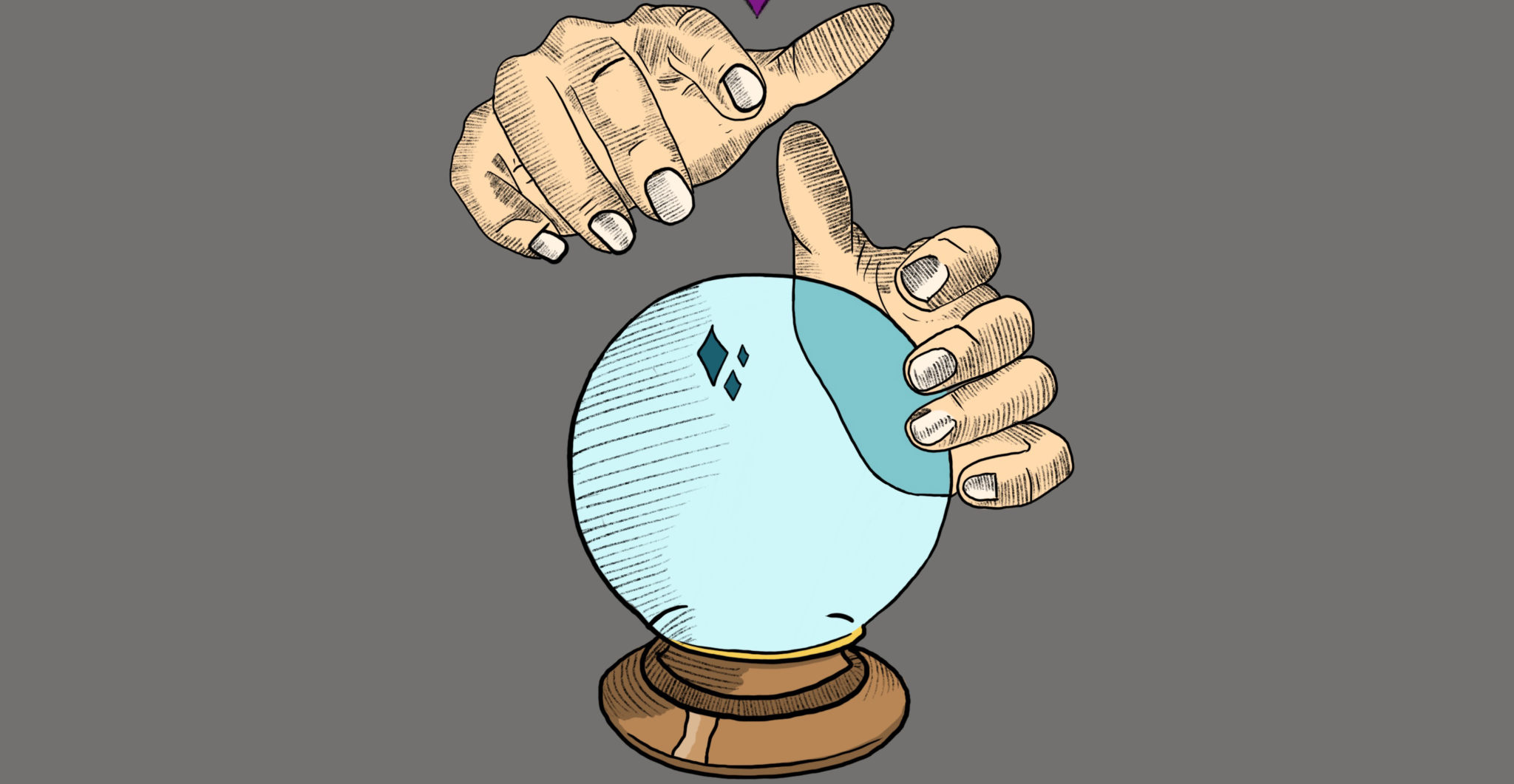 As a student at Laurier Brantford, I can say that Brantford holds pretty great events for its community. Whether it caters to people that are involved in the arts, sports or even finding a job, you can always find an event that is being held for people to enjoy. But an event that always catches my eye are the multiple posters about psychic fairs being held here. You may be thinking: what does that mean? And it means exactly what it states. Psychic fairs are events where psychics in and around the area gather to share their talents. They put up booths, where fair attendees can stop by and check out what they do. The event doesn’t only have psychics, though, but also people who operate in the same realm as psychics such as mediums, who can see and take to spirits. Kathyrn Louise, also known as The Blue Hair Medium Mentor, is one of the mediums that decided to share her talent on January 13 at the Best Western Hotel in Brantford.

Louise, originally from Chesley, Ontario, had known about her talent since she was two years old. She saw her first spirit when she was with her great-grandmother, who recognized her abilities to speak to spirits at a young age.

“I had gone down and began talking to people and I didn’t know that they weren’t real. She realized that and recognized I was speaking to spirits. So, while she was still here, she protected me as much as she could and then after that she went back to [Hungary], and I was basically left on my own,” said Louise.

Louise started off her professional career as a psychic due to the push from losing a corporate job. The transition of changing jobs was not smooth. The terror of thinking about what other people may think of her had gotten too overwhelming. But a friend of hers thought that her talent was needed to help other people.

“I became a hypnotist to do what I was naturally able to do. Then my friend, Nancy, said enough is enough and it was time for me to tell the world who [I was] and that [my] gifts are needed, and she gave me 24 hours to come out on Facebook,” said Louise.

The extreme challenge to of telling people was something that Louise dreaded. Most mediums believe that people don’t tend to be too accepting of claims of talking to people who have passed on.

“I felt very alone for a lot of years because I didn’t know of anyone else that was like me, and as I started getting older I started meeting people and I actually went to an angel card reading workshop for something I can’t remember six or seven years ago, and there I met people that were like-minded and that I wasn’t alone,” said Louise.

My first introduction to the concept of mediums was through the TV show “Long Island Medium,” which aired on TLC. It portrayed a family in which the mother, Theresa Caputo, was a medium and demonstrated her readings to showcase the effect that mediumship had on people. Louise says the show’s portrayal of mediums is spot-on.

“It’s pretty accurate, the only thing, and I’ve had other people ask me about that and ask me if I’m like Theresa Caputo and I’m like ‘no and she’s not like me’. The problem with the TV shows is that they don’t show the entire reading session. They just take anywhere between ten to twelve minutes of the highlights of that whole session… when Theresa Caputo was in Hamilton, I was able to meet with her and I asked her: ‘are you bang-on all the time?’ and she said no, none of us are..,” said Louise.

Louise has also now branched out to becoming a metaphysical minister, using spiritual laws to help others. She helps with weddings, commitments and handfasting ceremonies to help people through their memorable events.

Louise wants to continue her line of work as a medium, and that includes her signature blue hair. An incident in Nova Scotia made her realize that her hair must be here to stay.

“I had blue hair and I stripped it out and went back to my blonde hair. That year, I was down [in Nova Scotia] and there were these sisters that I always read; they couldn’t find me, because no one could remember Kathryn Louise… [W]ill I keep it? Well yeah, it’s hard to say. It’s easy [for] people [to] recognize me so for now I will but you never know,” said Louise.