The War on Stupid comes to Brantford 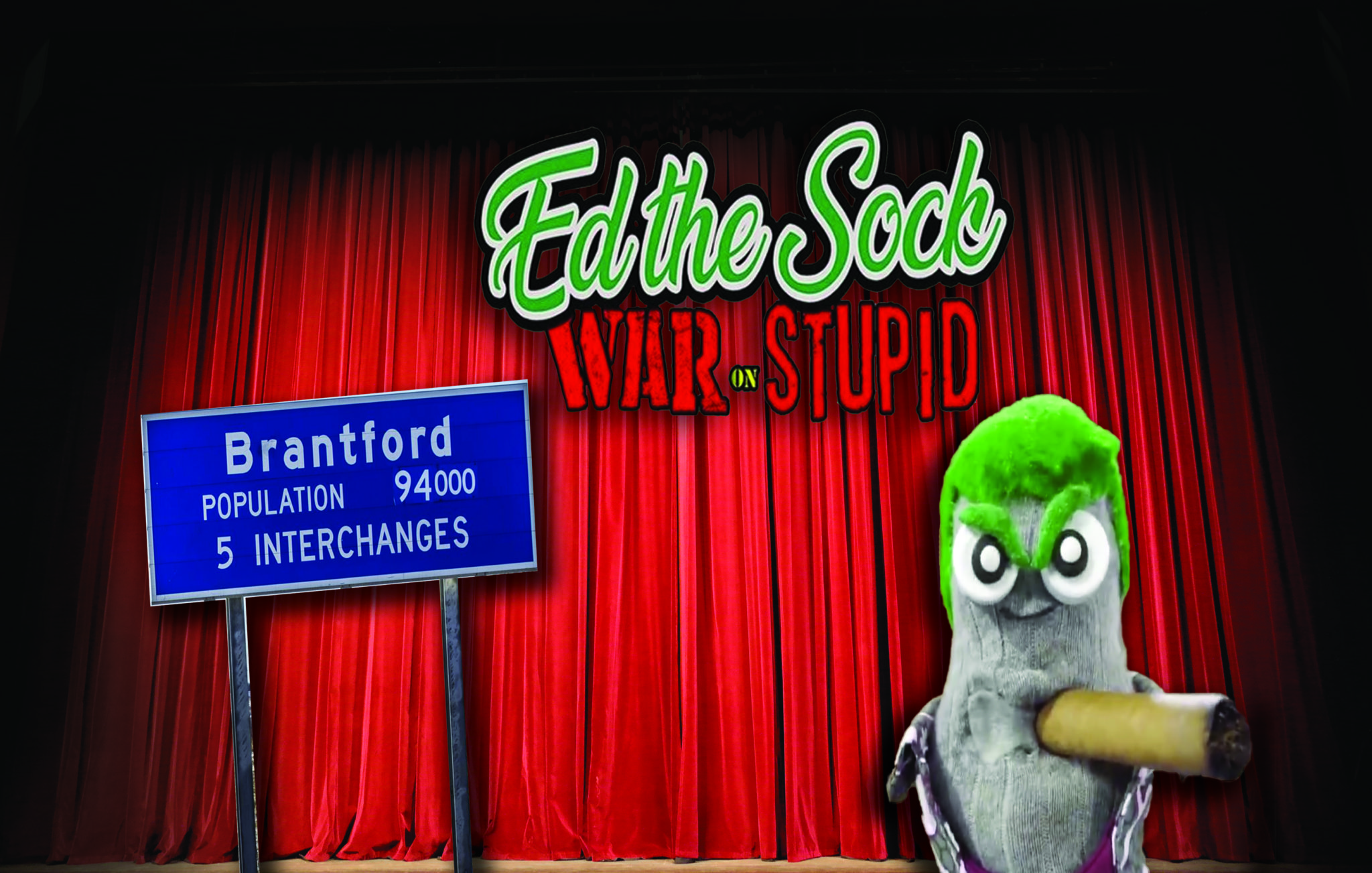 Imagine yourself sitting on the couch: It’s late at night sometime in the 90s to early 2000s, and you’re scrolling through channels trying to find something entertaining to watch – something that’ll really make you laugh. There are unlimited TV shows and channels that are true to what they say they are. But the best part is that the shows are hardly censored. It was a time when late-night shows were starting to thrive and some of the best hosts were getting their start. One example of this was “Ed and Red’s Night Party” on what used to be called MuchMusic: an angry sock puppet with a cigar in his mouth speaking his mind to his co-host, Red. Since the decline of MuchMusic – now called Much – and their good TV shows, Ed and Red have been scrapped. However, they have now taken it upon themselves to go on tour. The tour, called The War on Stupid includes a performance date in Brantford on March 8 at Club NV.

Steven and Liana Kerzner are the comedians behind Ed and Red. The tour started out in western Canada first, where Ed the Sock realized there was something missing from his show and called on his co-host Red to continue the eastern leg of the tour with him. Red, now predominantly a YouTuber, says performing for an audience in real life is a completely different than online.

“What people speak out on the internet and what people want to laugh at the world is really different. It’s kind of refreshing to be able to make jokes about ‘Transformers’ cartoons but it’ll become instant culture war because people are right in front of you,” said Red.

The name for the tour, The War on Stupid, conveys much more of a politically direct approach. Steven Kerzner comes from a political background, having run for school trustee and for the Progressive Conservative Party of Ontario. He has since changed his views and now considers them to be more centre-left. Carrying his politics into his comedy as Ed has become a way for him to create more dialogue, which he claims is needed due to the cultural oversensitivity when it comes to jokes.

To Red, it seems as though most of the good comedy on TV started to die off in the early 2000s. Throughout their time on “Ed and Red’s Night Party”, they say there were only ever two complaints. In today’s online culture on sites such as Twitter, any little thing can be blown out of proportion, and a sort of “cancel culture” has started where there is a complaint every time someone speaks their mind.

“When the late-night show in the 90s started rising, that was the last wave of nature political correctness…the very minute you’re from some identifiable group and say something problematic you’re totally thrown over the side, you’re suddenly not the victim anymore, they can’t use you anymore…” said Red.

Censorship doesn’t apply equally to every form of media. Showing violence on the six o’clock news is something that people seem to be perfectly fine with, but when someone uses their words, everyone feels the need to cut that person out.

“It’s so weird that the one thing that seems to be okay by everybody for some reason is brutal violence,” said Red.

Often, people who have been censored or “cancelled” slowly move out of the public eye or start create much “safer” content, but that shouldn’t always have to be the case. There is a difference between being offensive and making jokes that play on people’s empathy, and to Red, the only way we can make people understand that and become comfortable with it is by continuing to keep doing it.

“…Unfortunately, you got to keep doing it and you got to take the hit and I’ve had to deal with that because there are still people who are afraid of a woman with a sense of humor…” said Red.

By going on the road, the duo can have and create a new kind of experience for themselves, where they don’t necessarily have to be worried about being censored. There it is much more to it than their experience, though: it’s also about creating conversations and allowing the show to run based on what is happening then and there.

“Every show takes its own shape. We know what we want to talk about, we have topics, we have material to fill in two and half hours, but we don’t take two-and-half hours, so we got to figure out what we are going to do. A lot of it is based on [where] the conversation takes us with the audience,” said Ed.

Having gotten their start on TV, Ed and Red feel the need to be able to fill spaces on different media platforms. As many have probably seen, the prevalence of comedy specials is rising on Netflix. Ken Jeong had recently had his first Netflix special. Earlier this year we saw Hasan Minaj’s very own show where he talked about politically driven topics mixed them with comedy. As a Canadian, Red believes that there are a lot of artists creating content in Canada but that there are not enough Canadians consuming the content.

“…They are making the projects in Canada they are not really partnering with people in Canada right now but absolutely, that’s another audience and ideally in the current media… the ideal thing is to be everywhere…” said Red.

With their Brantford show slowly approaching, the duo is looking forward to the small-town show. Red believes that the smaller shows make the best experiences, even though she aims to create a unique experience for each audience.

“I love the [shows that] are off the beat… because I find that the audiences are more comfortable with just laughing at stuff. They come not to be impressed, like dance monkey dance, they come to have a good time,” said Red.