The Tibor Nyilasi exhibit: A taste of Brantford’s artistic history 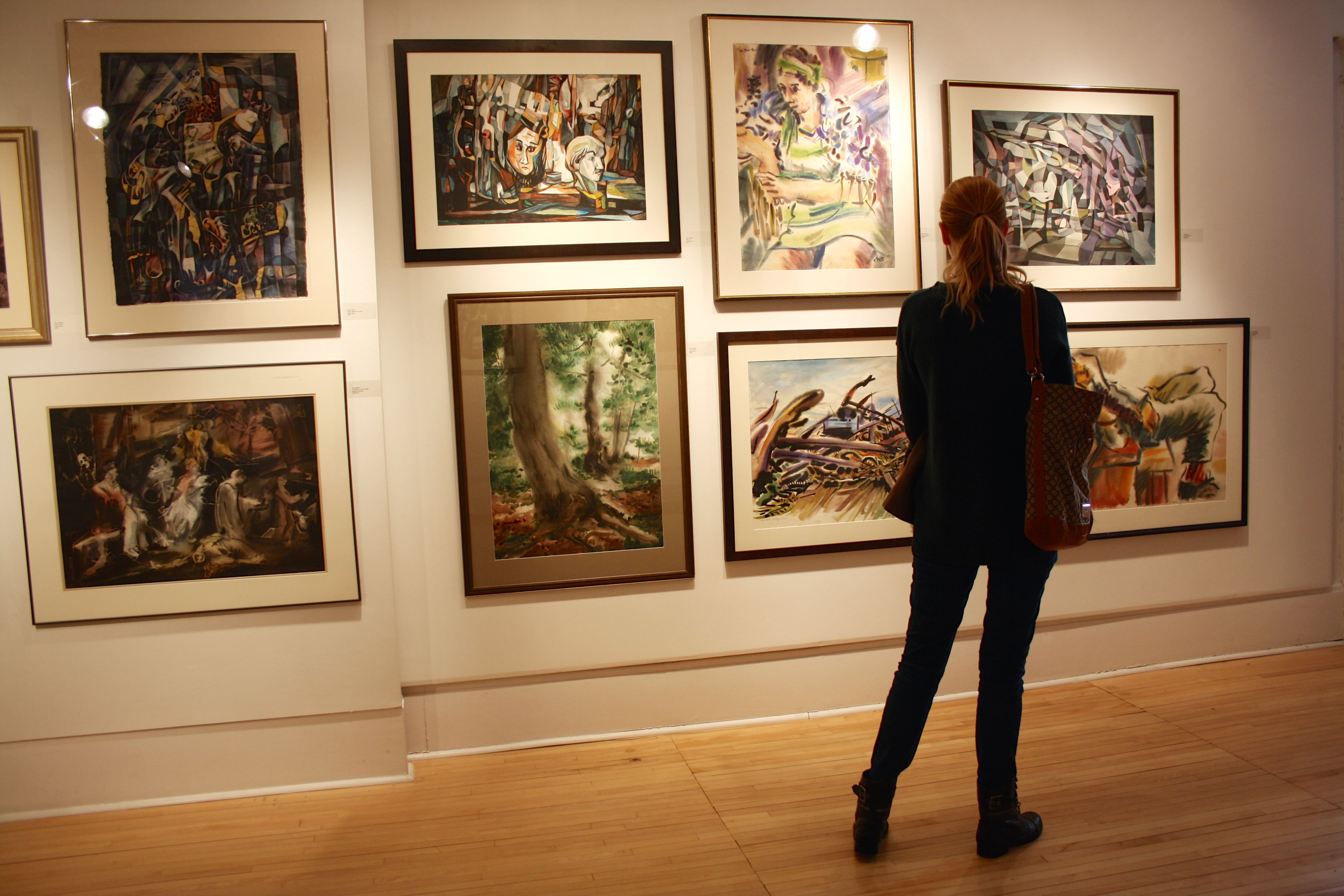 Dipping into the art and culture of Brantford can sometimes be difficult, especially when you don’t know where to begin. The Glenhyrst Art Gallery of Brant is an excellent first step in getting involved in the city’s culture.

The Tibor Nyilasi Exhibit is currently on display in the Glenhyrst Art Gallery. The exhibit features a wide array of different art mediums, including sketches, oil paintings, mosaics and mixed mediums. The exhibit opened on Saturday, January 10 and will be on display for two months. The gallery is open to the public six days of the week, only closed on Mondays.

Tibor Nyilasi, a Hungarian refugee, has an extensive and deep history with Glenhyrst. After spending some time in Toronto, Nyilasi had contracted tuberculosis and was admitted to a sanatorium for 2 years here in Brantford. In the sanatorium, Nyilasi met a doctor who encouraged his talents, assisting him in getting accepted to Toronto’s Ontario College of Art and Design. Before graduating, Nyilasi was featured in Glenhyrst Art Gallery in 1963, becoming one of the first artists featured in Glenhyrst. The gallery is also home to Nyilasi’s first exhibit.

With his history in art firmly embedded in Glenhyrst, it is not surprising to hear how positive the reaction to Nyilasi is. Ana Olson, the partnership coordinator at the Glenhyrst Art Gallery, discussed Nyilasi’s past, such as how he got to Brantford, and she complimented his style of sketches. “He has a very candid eye. He loves drawing people, and so he captures people in their very normal state, like you see pictures of people in coffee shops, people waiting for buses. They’re not posing.”

Not only does Nyilasi have a long history in Brantford, but Glenhyrst does as well. The Glenhyrst Art Gallery of Brant has been a staple in Brantford’s art scene since its establishment in 1956. Glenhyrst Gardens turned the exquisite property into an art gallery after being given ownership, when Edmund Cockshutt left his property to the City of Brantford.

Since then, Glenhyrst has displayed a multitude of art exhibits year round, which, in the past, has included local and national artists, displaying the many different styles and forms of art. The gallery also holds an annual exhibit filled with art from schools in Brantford and Brant County.

Not only is Glenhyrst an art gallery, but it also offers other services, such as an art rental service, classes and workshops for children and adults, and is home to The Golden Teapot, a tearoom for high and low tea sittings.

Despite all of the events appealing to adults and children, when it comes to art there is sometimes a stigma of exclusivity surrounding art that can keep people who aren’t artists from attending galleries. The intimacy and warmth of Glenhyrst Art Gallery is an effective way to combat any feelings of intimidation that may come from these stigmas. When asked about Glenhyrst’s influence on art culture in Brantford, Olson commented, “At Glenhyrst we’ve really worked hard to dispel that notion (of exclusivity) and show people that art is accessible to anybody. It doesn’t matter what you know, it’s how you feel when you look at art, and that is unique to every one individual.”

The Tibor Nyilasi exhibit will be followed by the Arlene Laskey and Doreen Wilson exhibit, opening March 14.