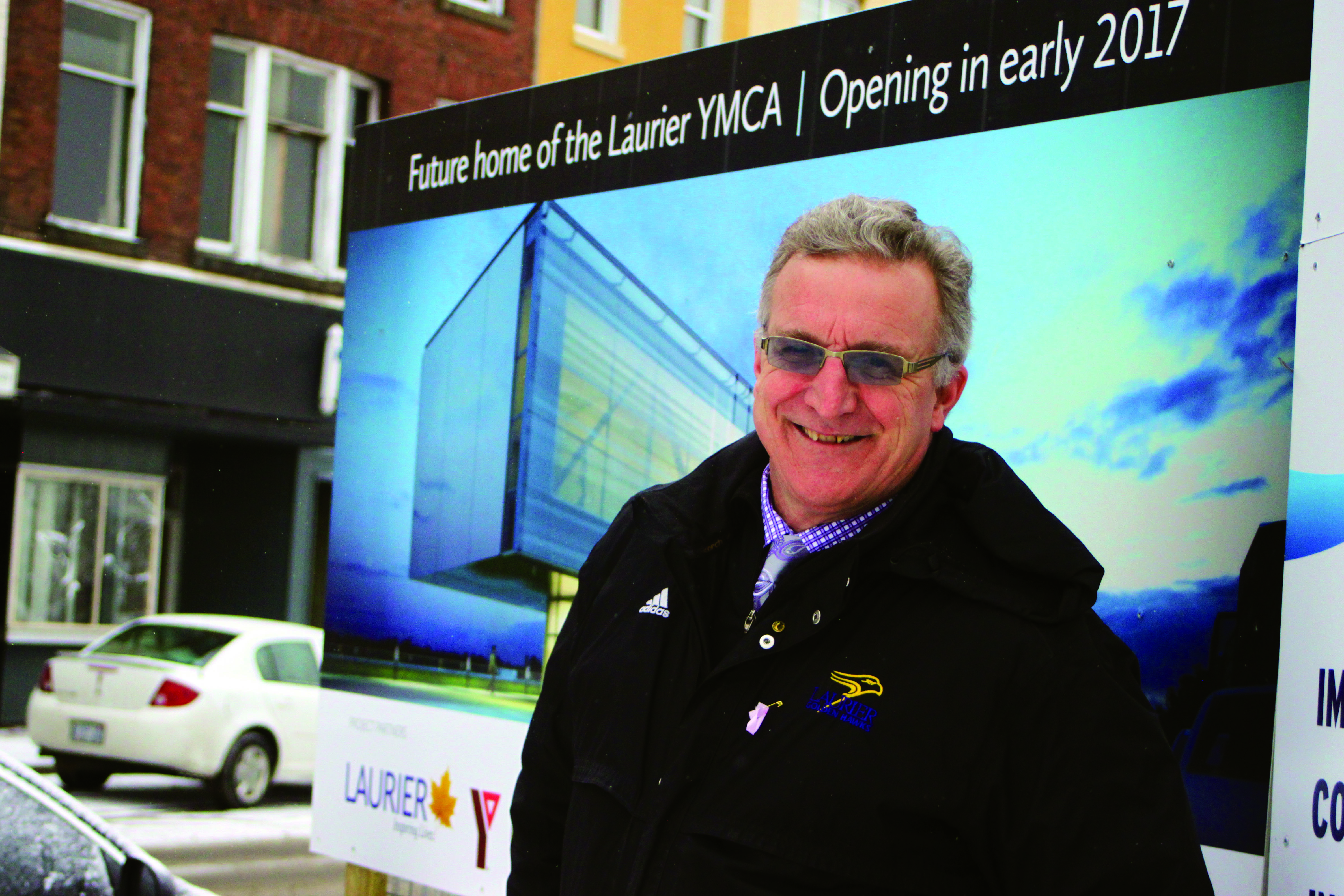 Although students may not see the polished gym floors and fancy exercise equipment of the long-awaited athletic facility until 2017, good sports opportunities await the campus.

Laurier Brantford’s current athletic situation is far from ideal and it looks like students are going to have to wait an extra year for any improvements to be made.Originally scheduled for a 2016 fall opening, the very long awaited YMCA/Laurier Brantford Athletic Complex is now pushing for fall 2017.

Announced way back in 2011, the construction of the athletic complex has not been entirely smooth, with many parties, including the university, YMCA, the city of Brantford and Six Nations councils, constantly trying to work toward getting the state-of-the-art five-storey facility underway. But the latest obstacle is hitting the hardest. As reported at the end of October, only a little over a month into construction, archaeological artifacts were found on the site, shutting down all progress on the university’s athletic complex until at least the spring.

There have been 10 different areas on-site found to contain artifacts and before winter started, only two had been fully documented. In total co-ordinators expect the process to take two to three months to complete. “Prior to construction we knew the potential was there,” Mark Dettweiler, Director of Planning, Design, Construction and Physical Resources said. A stage one archaeological assessment was conducted which identified that there could be something buried within, based on the land being occupied for so long. “What we found is that the findings are actually more extensive than we had thought they might be and that’s something you really can’t know until getting in there and digging things up,” Dettweiler said.

It’s a frustrating process now for organizers and students that will test everyone’s patience. “[The archaeological study] is a by-hand process, not an excavator or that kind of stuff,” Brian Posavan, Vice President, Facility Development & Membership Operations YMCA of Hamilton, Burlington and Brantford explained. “With the winter delay and a little more work to happen in the spring, we will have to tighten the schedule to meet expectations,” he said.

Posavan and the rest of the teams involved are trying to determine what can and can’t be worked around or accelerated in the meantime, but without even the beginnings of a foundation in place, winter or not, there’s not much one can do.Currently on the agenda, come March, is re-routing sewers through the site and begin shoring of the construction site, which will allow the complex to be built into the hill on Colborne Street.

The goal was to begin actual construction on the facility itself in June, but Dettweiler said it is looking like it will be September at the earliest. “If we get started in September of this year, that’s a two year build and for this size of facility that’s a reasonable amount of time,” he explained. “We’d prefer not to start in September because you’re doing a lot of your foundation work in the winter, but that’s just the way it’s going to be.”

All of these factors bring cost into question and whether or not they can stay on budget. The budget for the YMCA/Laurier Brantford Athletic Complex is fixed at $56.7 million, so it is very imperative to adjust and manage where funds will be going.

In order to cover operating costs, organizers are looking to community enrollment from both people in Brantford and students to be a huge catalyst. Posavan expects that between the Brantford community and Laurier students, there will be 5000-6000 YMCA members come opening and that those numbers will double within the first year of opening, which may seem ambitious.

By the time the complex opens in 2017, Laurier Brantford will have lost a significant core of its student body with the closing of the Nipissing Concurrent Education program. However, Peter Baxter, Wilfrid Laurier University’s Athletic Director is very optimistic that membership will not be negatively impacted. “[The loss of Concurrent Education] is going to affect the whole university – I’ve been through these up-and-down cycles,” Baxter said. “I think once we have that facility in we are able to establish … a place where students want to be when they’re not in class. And on a recruitment tour to be able to walk through that facility it’s going to enhance enrollment.” He saw this happen on the Waterloo campus – there was a co-relation to the number of applications Laurier received as it enhanced the brand of the university.

It will also pay great dividends and allow Laurier to slowly make a proper entrance into OCAA (Ontario Collegiate Athletic Association) sports. At first Baxter wants to find sporting opportunities where Laurier can partner with the community, whether it’s cross-country running, badminton or curling and go from there.

We have currently have some extramural teams, but when it comes to a sport like basketball, they’ll be able to become full-fledged varsity teams participating in a full OCAA schedule. “Basketball teams, in terms of travel obligations and so forth can be upwards of $100,000,” Baxter said. “I still certainly want to pursue what we can … as long as there’s good student interest and we also get the coaching leadership behind I’m very optimistic that sooner than later we’ll have Laurier Brantford people competing in varsity sports in OCAA competition.”

It’s exciting because the athletic complex completely puts sports in Laurier students’ hands to decide what they want to play because the facilities will finally exist in order to play them. “It’s all about offering a spectrum of opportunities, and that’s from open recreation to intramurals and extramurals,” Baxter explained. “I want to talk to the current leaders in sports and recreation in Brantford and other students and see what’s the interest in particular sports that becomes say, an OCAA Laurier Brantford team.”

The foundation for a strong student athlete is being laid – even if the facility has yet to. And although the recent archeological dig has brought a screeching halt to Laurier Brantford’s very long-awaited and long overdue facility, the excitement and optimism is still very strong that not only will students be able to have access to more recreational resources and sporting opportunities that they deserve, but it will give Laurier Brantford a marquee facility to drive the growth and legacy of the university for years to come.