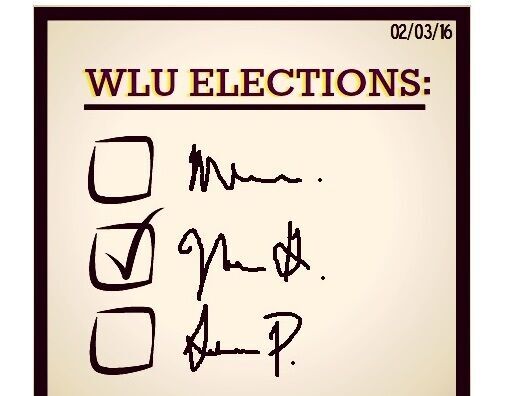 Student elections come around every year, but not a whole lot of people are actually able to answer: What do the student elections really mean? Why do we even have these elections to begin with? Students around campus took the time to think about what they believe the elections, and the Students’ Union as a whole are meant to represent.

Andrew Gauvreau, a third year Youth and Child Studies student said that the existence of a students’ union “means we have a choice about who represents us,” and that it gives students on campus a reason to actively learn more about what is happening in our school, even between the Brantford and Waterloo campuses.

Gauvreau thinks it is important that the student body has a voice that leads. “Having a voice allows us to express issues that affect us personally, making it so things change to allow us to have the best experience we can have and improve our education.”

According to Nick LaNave, a fourth year Psychology student, the Students’ Union is ideally meant to protect the rights of students, and the elections are important to ensure this continues from the true voice of the students; the ones being represented. “What I’ve seen too often, especially in the high school system, when students can’t represent themselves clearly they end up being misrepresented,” said LaNave.

On another end of the spectrum however, Patrick Whittingham, second year Digital Media and Journalism student, feels the Students’ Union hasn’t been involved enough in the lives of the student.

“To be honest, I never really felt attached to the Students’ Union in my first year of university here in Brantford,” Whittingham said. “All I saw last year was each candidate claiming they would fix something the previous president did wrong, something along those lines. That just didn’t resonate with me at all,” he admitted. He doesn’t feel the Students’ Union, especially during election time, does nearly enough to draw in first year students. Only second year students and onwards know exclusively about the flaws of the previous union. Even this year, according to Whittingham, not much is being done to directly reach out to new students or directly impact the first years.

Similar in essence to Whittingham’s view, LaNave also said that the Students’ Union has thus far failed to make their efforts known by the students. “I haven’t noticed any problems, which may very well mean they’re doing their job right,” he said. LaNave explained that the election campaigns seemed to focus on very specific groups, such as the rainbow alliance, targeting issues the majority of the student body specifically wants resolved, but other important issues weren’t touched on nearly enough.

“As far as I know, the Students’ Union from last year did a good job, but some more publicity would be nice,” said Gauvreau. He explained that students “outside the loop of the union” don’t see very clearly at all what it is that the union actually does.

LaNave described the elections as being important in essence, but maybe not to the extent the union would like them to be. LaNave said, “Students’ Union elections exist for the same purpose government elections do, because after a while things get biased, it’s important for philosophy in leadership to change in order for the system to evolve and progress.” He said that the Students’ Union gives the student body the ability to make a change, and that is incredibly valuable to the entire campus.

The general link between the student voice is that the union doesn’t do enough to directly better the lives of most students, or if they do, they do not make it well known enough. Whittingham describes the Students’ Union as being shown to the students to be little more than “just there, just sort of on the sidelines” except for when the elections are active. “The elections just float by as some random change, not seeming to really make much of a difference, and I think that passiveness really needs to change.”