“The Social Shift” screens at Laurier 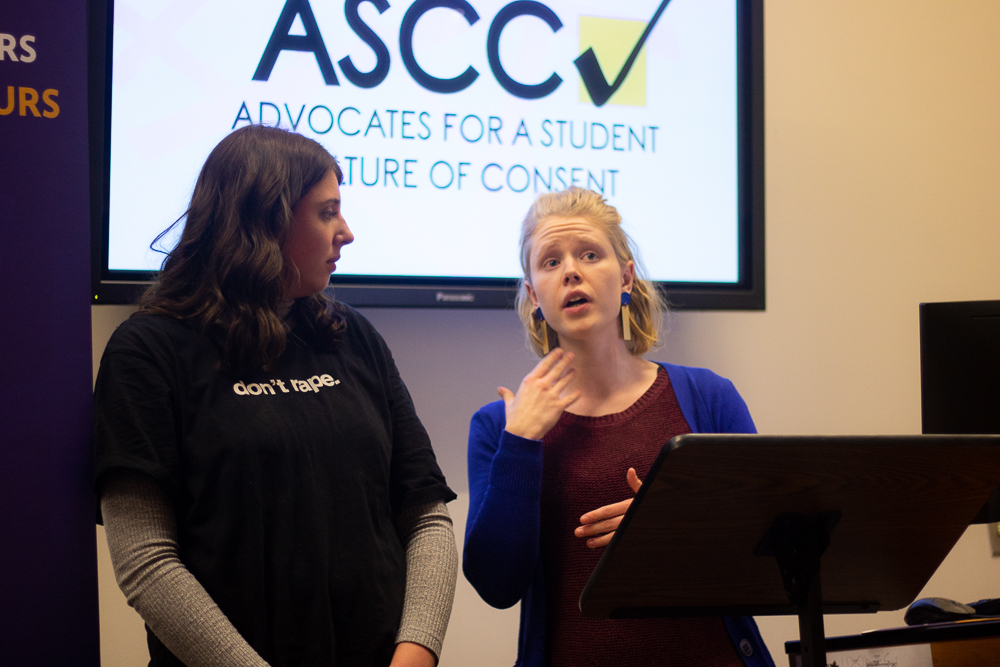 Laurier Brantford held a screening of the new documentary, The Social Shift, in S.C. Johnson on Thursday.

The documentary follows two sisters and their two friends as they journey across Canada to interview and promote businesses that are about more than making lots of money.

“You can make a very liveable wage and also do good at the same time,” said Marie Wright, one of the sisters in the documentary.

Wright, along with her twin sister Meaghan and friends Joseph Huyer and Kevin Courtney, traveled 8,500 km across the country in a small RV that they dubbed “The Fridge.” The team started out west and made their way back to their home province of Nova Scotia. Over the course of their six-week trip, they interviewed over 50 people and visited 14 cities throughout nine provinces.

“My generation and the one before that have left the world in a very difficult circumstance,” said Rob Feagan, a Laurier faculty member who attended the screening. “The notion of sustainability, which, I think carried some real weight 30 years ago; I did a PhD on it. The momentum behind prevailing social orders made it very difficult, and you know, I feel for [millennials]. I’m here with the hopes that this can generation enough enthusiasm and passion to kick out the old order and start something fresh and new

In the documentary, the Social Shift team highlights companies that add the value of social change to the world of business. Some of the corporations they interview include Enactus Canada, Bullfrog Power, Made with Local, Stone Hearth Bakery and Credit Unions. These businesses create social change such as hiring former prisoners or homeless folk, selling reusable products and not accepting the lies that in order to be successful one has to be corrupt.

For some companies, catering to social change helps to earn more profit. EMBERS Staffing Solutions went from earning $550,000 to earning $8.4 M. EMBERS reaches out to people and communities that need help transitioning back to work.

Lunapad, a company that sells reusable personal hygiene products, keeps 20 million pads out of landfills each year in Canada.

According to the documentary, “There’s more to life than making money. It’s about impacting people, impacting the planet.”

Laurier’s screening event also included the voices of people on campus who work for social change.

Karly Rath and Alexa Stucke talked about their organization, Advocates for a Student Culture of Consent (ASCC). ASCC started in 2014, before the #MeToo movement, as a fourth year research project. Since their establishment, they helped Laurier develop a sexual assault policy, created a website and run regular events on campus.

“The reason for being here is to inspire and show that anyone can be a change maker,” said Stucke.

Robert Feagan, a member of Laurier faculty, talked about his experience building earthship shelters. People from all over the world came to work on the environmentally sustainable shelters that were made from tire. Feagan has been going down to El Salvador for eight years to build shelters.