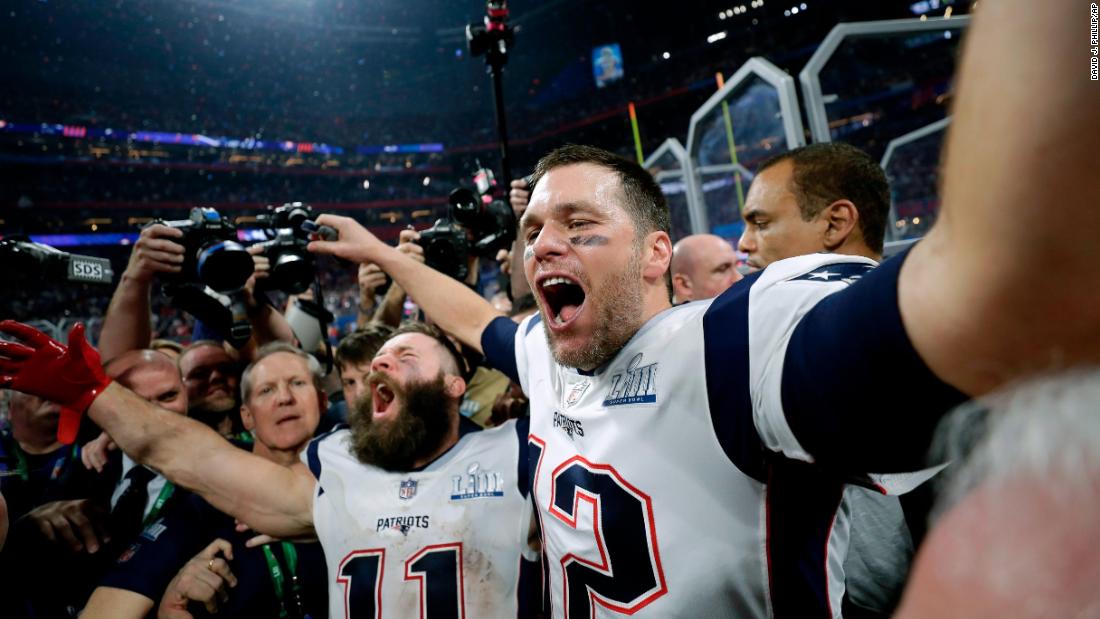 The New Orleans Saints and Los Angeles Rams both had first round byes, meaning they only had to play one playoff game each prior to this one.

New Orleans defeated the Philadelphia Eagles 20-14 while the Rams beat the Cowboys 30-22. The Saints and the Rams were the two best teams in their conference. The game was expected to be a good matchup, but all it did was disappoint.

The Saints jumped out to a quick 13-0 lead by the end of the first quarter, dominating the play and putting themselves in good position to run away with the game.

Led by 40-year-old Drew Brees, the Saints were feeling very confident that they would be punching their ticket to the Super Bowl. The Rams had other plans, scoring 10 unanswered points to draw within three at the half.

Todd Gurley, the Rams’ superstar running back, had a quiet day, only rushing it four times all game. However, he scored with only 23 seconds left in the half to make it a one-possession game.

Both teams exchanged touchdowns in the third quarter. With a trip to the Super Bowl on the line, the fourth quarter began with the Saints leading the Rams 20-17.

Ebose Abure, a first-year student here at Laurier, couldn’t watch the game, but he said he watched the highlights.

“I saw everything I needed to see,” he said.

The fourth quarter didn’t see a ton of scoring, but there was enough action to keep viewers entertained. The Rams tied it with just over five minutes left, but the Saints were ready to answer.

Then the unthinkable happened — something that will forever be remembered as the missed call. With the Saints in field goal range and it being third and 10, the Saints elected to throw the ball. Brees tried to hit a wide-open Tommylee Lewis when Rams cornerback Nickell Robey-Coleman came out of nowhere to tackle Lewis. The only problem was Lewis didn’t have the ball and it instead fell harmlessly to the ground. What a critical mistake it was by Robey-Coleman. Surely, he would regret that… What? No flag . . . How could you not call that?

Instead of a first and 10 allowing the Saints to kill more clock, they were forced to kick a field goal, leaving the Rams with one time out and just under two minutes to tie or win the game.

“It was so clearly obvious that it was pass interference, I am still stunned,” said Abure.

“Absolute shenanigans. I believe it was rigged,” said Linton.

The Rams would tie the game with 15 seconds left and send it into overtime. The Saints got the ball first in overtime but then disaster struck again, as Drew Brees threw an interception that gifted the Rams the ball near midfield.

“I couldn’t believe it, he literally threw the game away,” said Linton.

Rams Kicker would hit a 57-yard field goal and send the Rams to the Super Bowl.

This game started out very slow and the first half was somewhat boring as the Patriots entered the game with a 14-0 lead, scoring a touchdown with 27 seconds left in the half. The third quarter saw the Chiefs try to claw their way back as they quickly scored a touchdown to cut the lead in half. However, the Pats added a field goal to enter the fourth with a 17-7 lead, much to the dismay of many football fans.

“I wanted the Pats to lose,” said Linton. “My roommate is a Pats fan and I didn’t want to hear him gloat.”

“I was rooting for Pat Mahomes [Chiefs Quarterback] to win,” said Abure. “I don’t hate Brady, but I love Mahomes.”

The Chiefs scored 14 unanswered points to take a 21-17 lead, but the final three and a half minutes featured plenty of scoring. The Patriots scored a touchdown to take a three-point lead, but the Chiefs immediately responded, scoring a touchdown of their own to reclaim a four-point lead. Then the Patriots marched down the field and, after a penalty erased a game-clinching interception, they scored with just 39 seconds left.

Trailing by three, Mahomes and the Chiefs took the field, looking to hit a game-tying field goal. They did just that, somehow managing to get down the field and scoring with eight seconds to spare, sending the second game to overtime.

Mahomes never saw the field again as the Patriots got the ball to start overtime and marched down the field where they scored a touchdown, sealing the team’s third consecutive trip to the Super Bowl. Since then, the overtime rules have been questioned by many, including Linton.

“The overtime rule is stupid; both teams should get a chance with their offence,” he said.

Much has changed since then, but Patriots head coach Bill Belichick and quarterback Tom Brady are still there 17 years later. To put that into perspective, in 2002, Jared Goff — the Rams’ current quarterback — was seven years old and Rams’ head coach Sean McVay was 16. McVay is the youngest coach to ever make it to the Super Bowl. He is 33 years old, which is half the age of Belichick. It’s safe to say its young versus old in the 53rd edition of the Super Bowl.

The match-up in 2002 will likely be brought up a few times during the broadcast, but don’t expect the same kind of game. The score of that game was 20-17, but the Rams and Patriots are both built to score lots of points, so it will probably be a much higher-scoring game. Of course, part of the fun with the Super Bowl is the unpredictability, so who knows . . . maybe it will end 6-3, but that seems unlikely.

Some impact players for both teams will be the Rams’ running back Todd Gurley, who had a quiet NFC title game. But with two weeks rest and it being the last game of the season, if he can make an impact, he will.

Of course, on the Patriots’ side, who better to have a big game than the greatest quarterback of all time, Tom Brady? People have questioned his play as of late, saying his age is really starting to show, but I imagine that he won’t look like a 41-year old this Sunday. There is just too much at stake for him to let that happen.

It will be a high-scoring game, but I bet the Patriots come out on top, as they would like to avenge the loss they had last year. Bill Belichick is the best coach in the NFL. He will be prepared, and the Rams will need to get creative to fool him. After the Philly Special last year, Bill and the Patriots won’t be surprised by it. Patriots win 33-30.