The pricey vice of trading cards 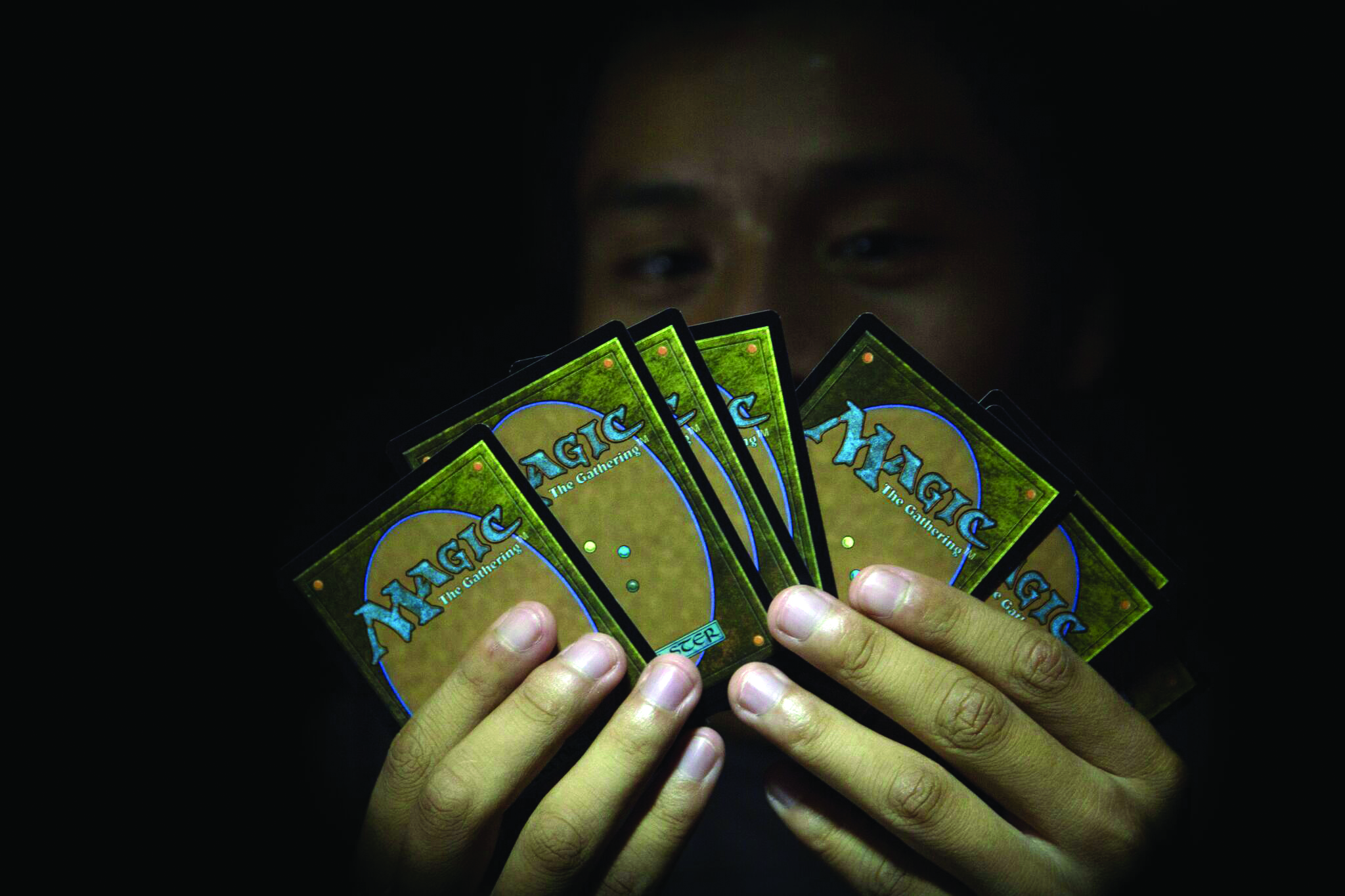 Unlike your typical vice, trading card games can go shot for shot price wise with other nasty habits.

While affecting students and adults equally, trading card games like Magic the Gathering, Pokémon, and Yu-Gi-Oh! are easier to afford when you have the income of a functioning adult. It is easy to chop the hobby up to a bunch of awkward kids collecting pieces of cardboard, but there is much, much more to it. To be specific, alongside the gameplay there is an enormous industry surrounding the game, both between the creators and players, then amongst players themselves.

“Curse you for making me think about Magic,” said Dr. Charles Wells, “… it’s evil and also so delightful.”

Wells has been playing Magic the Gathering, arguably the most successful trading card game since he was in junior high. After taking a leave from the game, he picked it back up in 2011 and has been playing it when he is not teaching BF courses on the Laurier Brantford campus. Now that he has a salary and disposable income, he finds it easier to play the game than back in his younger years.

The game itself sells by releasing new batches of cards (a set) every few months that follow a theme (a block). Players line up to take a crack at the new cards and see if they can build the strongest deck. At the same time a new set is released, an older one is no longer allowed to be used in standard game play. This means to be able to still play with most other players, you need to be constantly upgrading your deck with new sets.

“That’s why it’s so much fun, at least in part,” said Wells. “But, the reason why Hasbro wants it to be that [way] is because then you have to keep buying more cards. Because we’re stuck in a capitalist economy, like any art form I want to pay somebody to come up with the good ideas, and the art, and the complexities, that’s great, I’m happy to, if I have some money, pay that person to have a nice life so they can keep doing that thing because I like that thing. But as a corporation they have to be charging me more money than that in order to make a profit, and that’s the only reason they would ever do it and if they ever stop making a profit they’ll stop making Magic. That’s the part that I hate; that’s the part that feels like a vice.”

One aspect that draws players in is the rarity and worth of various cards. There is always the chance that when you open a pack you will pull a card out that’s worth either a couple of cents or a couple hundred dollars. It’s pretty much the same as playing slot machines, but there are no age restrictions.

“The objects themselves encourage you into that relationship with them,” said Wells. “You can’t help but love them because they’re valuable and all that feels deeply corrupt and awful to me. And I nonetheless sort of can’t help it.”

If you want to try playing Magic the Gathering, The Devil’s Bench on Colbourne Street holds draft nights every Friday which is a great way to learn how the rules.