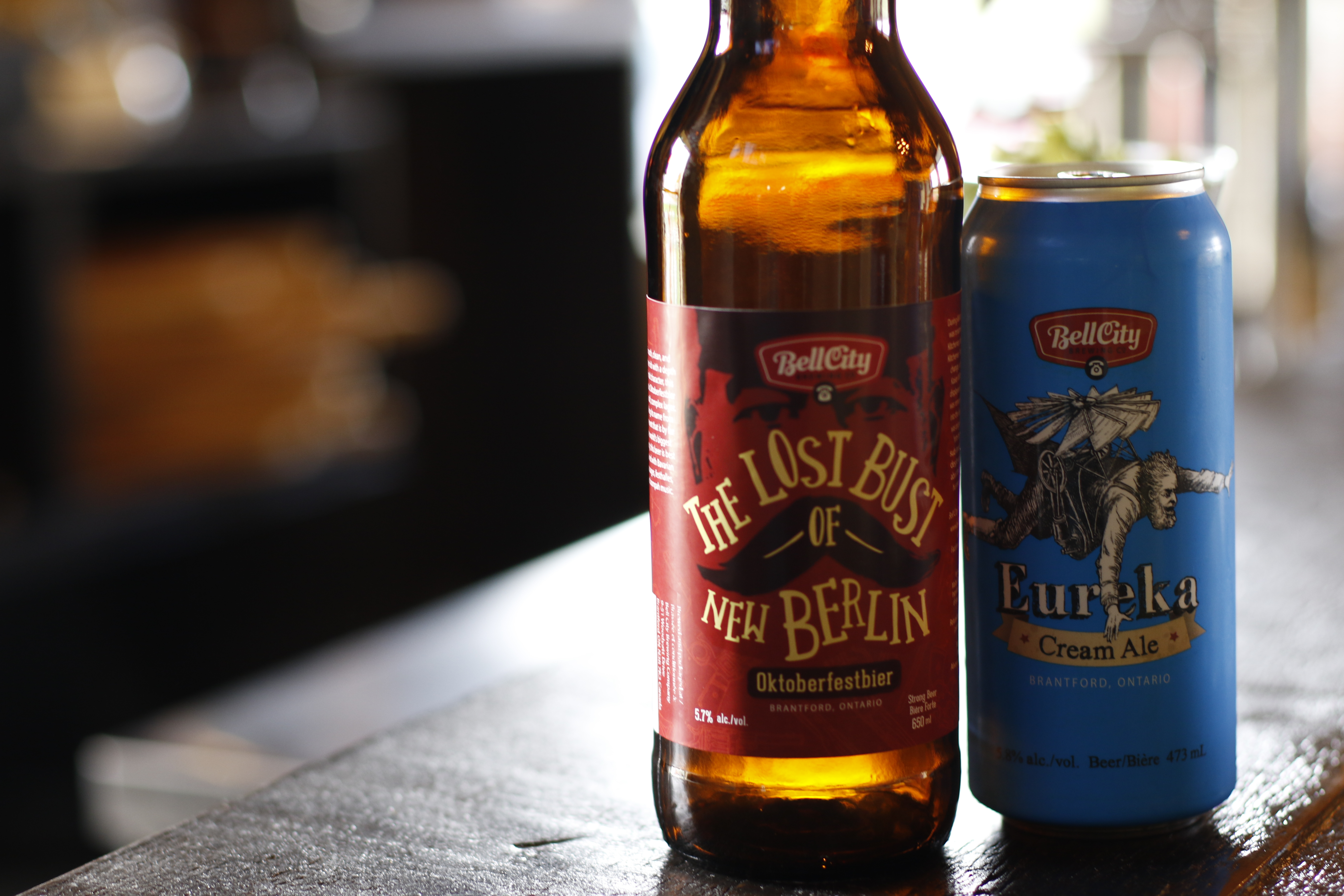 Craft breweries are integrated in many local communities’ cultures and within student cultures. Brantford has its own craft beer culture with Bell City Brewing Company.

The craft beer industry in Ontario rises in popularity every year. In 2015 LCBO craft beer sales increased almost 36 per cent compared to 2014. The industry has led to employment for Ontario, in 2015 there were 1,500 direct brewery jobs making up 30 per cent of the direct jobs in the brewing industry.

“We all have cards with weird titles,” said Marijan. “Within the professional suit wearing, tie wearing industry loves their titles, love their business cards. It’s like a scheme to have big titles. I went counter that with stupid titles.”

The laid back work atmosphere is opposite to the experiences that Marijan had while working for Molson and Labatt. “There is a cartel of beer business in Ontario and in Canada,” said Marijan. “They determine price; they determine what kind of beer you’re going to drink.”

Bell City has the belief to give back to the community through employment and fundraising. Local breweries tend to use local hops and products according to Marijan.

Bell City is supporting the local hospital fundraising for men’s health this November. The brewery has also teamed up with Crime Stoppers and made coasters to promote the use of anonymous tips and use of the Crime Stoppers service.

The first beer Bell City launched in the LCBO was an old English style cream ale, going against the norm they made the beer heavier. This gave them a uniqueness in the industry due to the norm of light cream ales. The brewery has seven current beer styles which include Eureka Cream Ale, Lenoir Belgian Ale, Galaxy Hopper, Session IPA, Teeny Weeny Orange Bikini, Orange-Ginger Wheat Ale, Edison’s Peepshow, West Coast IPA, Elijah’s Real McCoy and Lagered Ale. The names of the beers all have a story that come from infamous inventors. Alexander Graham Bell has a eureka moment throughout the invention of the telephone, leading to Bell City’s beer name.

Bell City consistently switches up their selection. For the month of October, the brewery has an Marzen, Oktoberfest Ale. The brewery launched a black coffee IPA called Brewed Awakening. The beans for the beer comes from Blue Dog in Brantford, keeping their local roots and different styles of beer.

Brantford may not seem like the most “hipster” place right now, there are a few hidden gems to discover. For one, they do have more than one brewery in town.