The Price of Ontario’s Most Significant Archeological Discovery – Our YMCA 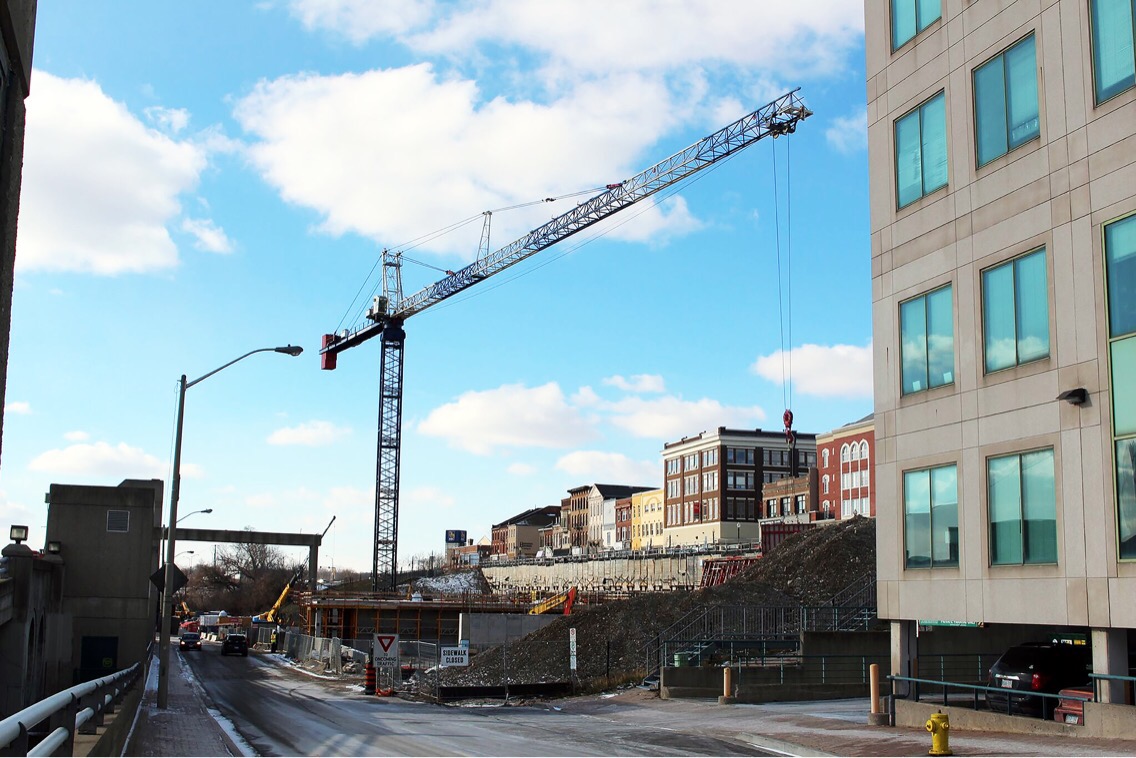 The construction is facilitated by the YMCA and Laurier, and is located on the south side of Colborne Street, between Grand River Hall and the municipal parking walkway.

“This group has overseen the project since the initial planning stages. They continue to oversee the construction phase of the project, and are responsible for coordinating operating policies and procedures to be implemented once the facility is in operation,” said Brian Rosborough, Senior Executive Officer for the Brantford Campus.

“In the beginning it was maybe 1,000 to 2,000 artifacts that were dug up, which turned into about 400,000 artifacts. This affects the timing with the project because [Laurier] have to get it done, approved, and signed off by the Ministry and First Nations, so obviously the delay costs extra money,” stated Dave Levac, a Member of Provincial Parliament for Brantford.

The delay was extensive and has extended to another year for the YMCA to be completely finished and open for public use.

“We look forward to an official opening in mid-2018. That represents a delay of about 18 months from the originally-anticipated completion date,” said Rosborough.

As for now the construction has resumed and will go through the winter. The foundation of the building is almost complete, and the structural aspect of the building will begin in February.

The cost of the construction has also risen due to the delay. Laurier has since helped out with the financial problems that the YMCA and the city have run into and raised their contributions to the build as well.

“The city took them through their budget process. Once I saw that was on the table I contacted the ministry officials in three different ministries and the premier’s office to see if somebody could have a meeting with the [YMCA] and Laurier to see the possibility of adding any help and assistance to offset any of the losses, and I haven’t gotten an answer to that yet,” said Levac.

The delay is also due to the budget changing which resulted in the changing of the plans of the build, including the structure of the building. Nothing has changed drastically and the original plans are still top priority.

“They had to modify some of the plans of the build in order to save some of the money that they lost so there won’t be the exact same building that was originally proposed but, they had to change some of the designs to make them more certain but they didn’t lose any of the prime features that the [YMCA] and Laurier needed to make the building. They shrunk the losses from around 8 million dollars to about 3 or 4 million dollars now so that’s where they’re trying to take out the losses,” said Levac.

The artifacts that were discovered could date back thousands of years and have significant meaning to Brantford and the First Nations community.

“A large number of artifacts played into the Industrial Revolution and First Nations settlements and their growth and history, so the university has made it a commitment to turn it into a site, a display, to tell stories. They go back thousands of years actually, they found something from pre-history, recorded history, and modern history,” said Levac. “This includes the old canal system of the buildings that were there, the companies that were there, the show factory that was there, that kind of stuff all the way from modern history to recorded time.”

“Our archeologists have referred to this as the most significant archeological discovery in Ontario since the construction of the Sky Dome,” said Rosborough.